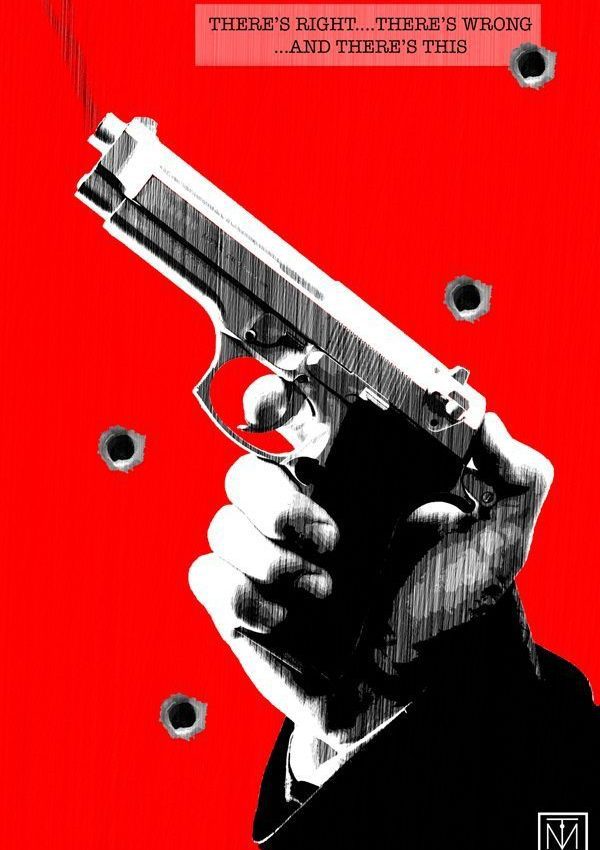 Well, you may ask and I will tell you but some of you just may not like it.

Lately I have been involved in some of America’s recent national conversations, most particularly the debate on whether we should maintain the right to bear arms; the right to keep the civilian population armed, uphold the second amendment and our right to freedom. It’s a hot one let me tell ya. Yet another issue of which old Barack is desperately trying to hold onto the tail in order to keep his limp dick in the White House.

Gun control. What does that mean to you? It could mean stop selling them to terrorists around the globe or it could mean some fat cat wants old Jon to give up his holsters.[quote]If it’s you or me man, you

need to say your prayers[/quote]

Let me tell you right here and now pilgrim, the latter ain’t gonna happen unless you want a Butch and Sundance moment.

You know what son, we need more guns not less. My life and the lives of my friends and family are just as damned important as any whore sucker up there on the Hill. I don’t have a team of armed bodyguards to secure my property or a Swat team on call at the push of a panic button but I do have the right to bear arms and protect my home and my loved ones.

What we do need is more education, tighter and more regular background checks, an increased vetting procedure and a compulsory high level of training in safe and effective firearms operation.

Remember, those things don’t fire themselves now, it takes someone to lock and load those suckers and to aim and fire at a fellow human being (although an automatic emplacement on the homestead is something I often dream of, except the mail guy and paper boy always seem to take one for the team).

People aren’t gonna lay down their guns, so how are you gonna round up all those firearms already out there, cowboy? It just ain’t gonna happen now is it? That stable gate is well past its closing date.[quote]It takes the police five minutes

or more to get to a particular

location; I can rattle off a clip

and reload within seconds [/quote]

If we are pondering over the percentage of guns used for murder out of all guns owned we can try and get a handle on just what’s going on. Now I’m no Leonhard Euler or your Carol Vorderman so I am just gonna be basing this on the belief that there are in excess of 235,000,000 guns legally owned in the USA and that according to a 2010 statistic fewer than 9,000 people were murdered by said firearms. If one assumes these people died from separate guns (they all did not) I’m reckoning guns used for murder account for only 0.0000383% of guns owned.

Not all criminals will use a gun, they may want to cut your throat in your sleep, all quiet and sneaky like. Listen, I don’t want to have a knife fight in my pyjamas. I want to pick up that scatter gun by my bed and turn the bad guy into a sugar shaker. Job done.

Banning things such as assault rifles will do nothing to help either. The fact Adam Lanza used an AR-15 accounts for very little. If people want to kill, they will kill. The AR is probably one of the most popular assault rifles on the market today and out of the millions of guns in the USA, it roughly makes up just 1% of the total arsenal. Crimes associated with this type of weaponry are few and far between.

Most of my neighbors own these types of weapons and use them for hunting or recreational purposes on the range. Thing is these are law abiding ‘gators – responsible, vetted and trained. Most everyone I know owns a whole array of hardware, used for different purposes including home protection, a .357 Magnum seemingly the tool of choice.

The argument for fewer guns equals fewer crimes holds no water. I will take Virginia as one small example here. In 2012, gun sales rose by a significant 16% and at the same time gun crime fell by 5% making it evident that more guns does not equal more crime. 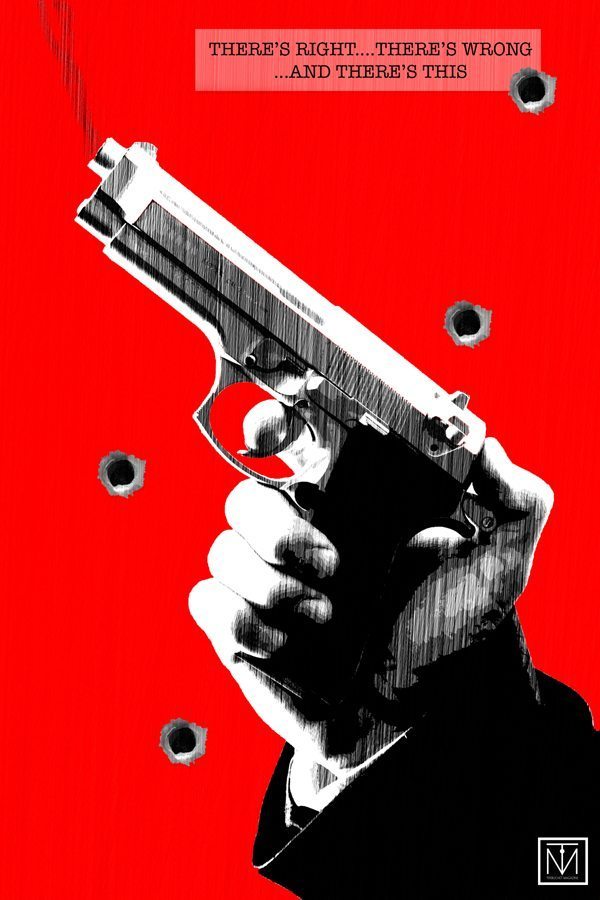 You know what? Just like many countries today, America has a violence problem not a gun problem. It’s violence man, diseased, and why shouldn’t any of us have the right to defend ourselves from the increasing amount of sick individuals who seem to be oozing from the drains and hell bent on committing acts of terror, theft or murder?

Looking back on Florida State University Criminologist Gary Kleck’s widely reported survey in the nineties, it was found there were 2.5 million defensive gun uses per year in the United States.

Now I know this DGU figure is disputed by the National Crime Victimization Service which puts that figure at around 65,000 annually but whatever the discrepancy here or notion that the victim always outguns the perp’, if someone is coming into your home with or without a gun to rob, kill or rape, then expect to taste the smoke of  that trusty locked and loaded .357.

The fact is, when you confront someone with a gun they will usually run and at that point it’s probably not fair to smoke ‘em but a well trained trigger finger can take out a leg, right?

If they don’t run then they are either shitting in their pants or just fucking nuts and bent on killing themselves or someone else anyway so being able to blow a large hole through those individuals is surely a right we should hold on to.

If it’s you or me man, you need to say your prayers and make your peace with your God because you can bet your bottom dollar you’ll be biting the dust.

Fact is that criminals will always be able to get guns and they sure as hell aren’t going to respect any law on gun-free zones. Hell, I could fly into any major city and probably procure a weapon in a short space of time.

So how many more school massacres is it going to take before we wake up to the fact we should be arming people such our teaching staff and educating them on using that weapon effectively to save their lives and lives of others?

It takes the police five minutes or more to get to a particular location; I can rattle off a clip and reload within seconds as can any deranged student who has spent too much time on their X Box. What we need is gun drills as common place as fire drills. I imagine anyone who had a loved one at Sandy Hook Elementary School might agree.

In 2007 the school district of Harrold in Texas took the brave and controversial step of allowing its teachers to carry concealed weapons on school grounds to protect students from potential shooters. This ‘Guardian Plan’ is surely something that should be implemented across the whole country. With this type of plan in situ I shouldn’t think a shooter would get too far and casualties would be greatly minimized due to not waiting for police response.[quote]America has a violence

problem not a gun problem[/quote]

This debate will roll on and roll on and arguments for and against will be batted back and forth for a long time. For every hunter, target shooter or clay plugger there will no doubt be a work place massacre, school room nut or store clerk murder.

At this time, in this place, the requirement for defending life, liberty and the pursuit of happiness seems to require a firearm and until man stops hating man it will surely continue.

Tell you what buddy, just for now unless you come in peace, stay away from the front porch of this flag waving red blooded law abiding citizen or I’ll blow your fucking head clean off its shoulders.

Photo: Copyright Carl Byron Batson (not to be reproduced without the photographer’s prior consent)