Delight In Neon, Glitz And Reconstruction 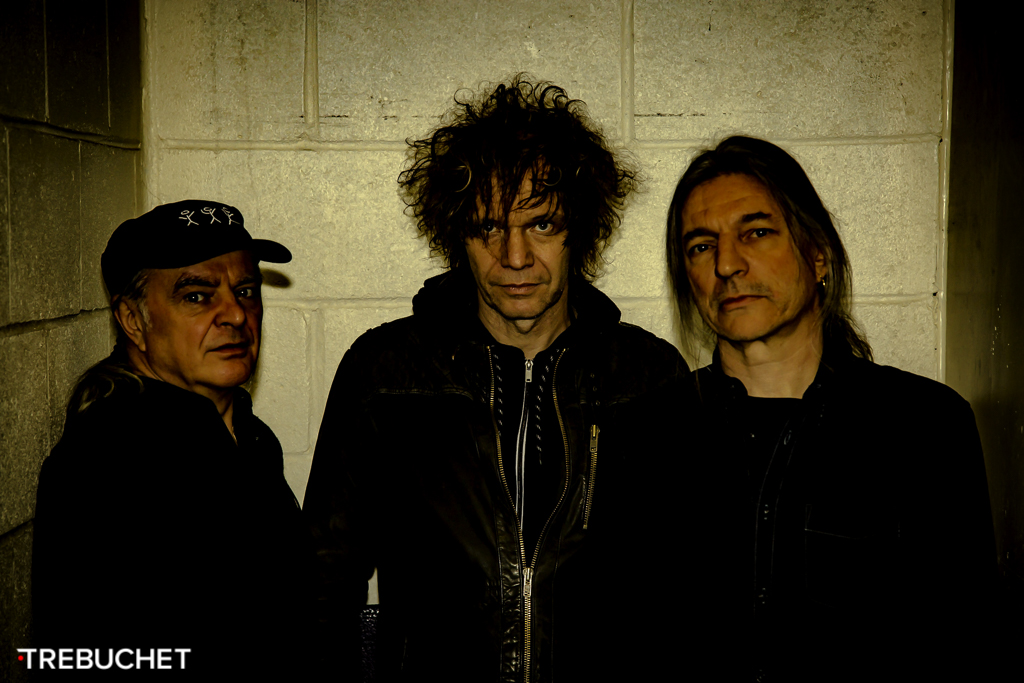 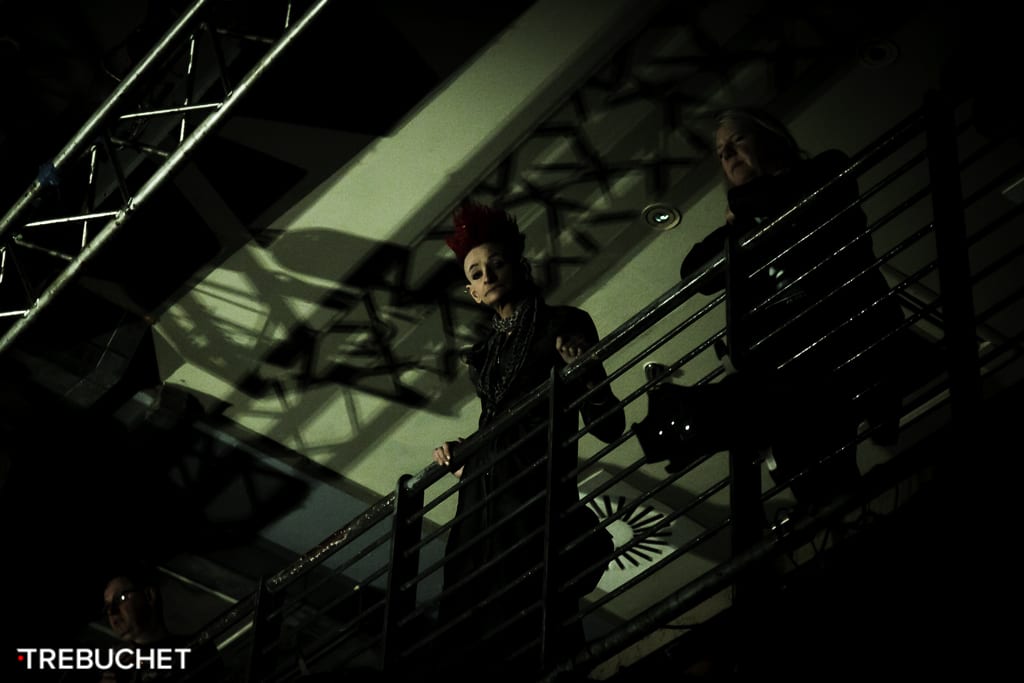 Watching the acolytes pile into the Islington academy one witnessed a grimey cinematic mis en scene unfold; exposed metal, washes of bacterial neon, blackened grates and grills, oil shadowed denim, and that which isn’t shaved, pierced, or tattooed, is knotted with grease and grinning.  They call it industrial but it’s much deeper than that.

For a start it’s the earlier version of industrial. The older, grosser, grittier kind. The kind that reminds you of a bust seaside town that flirted and failed with industry, whose crumbling chic contains elements of glitz and stalled reconstruction, stains of which have rubbed onto the flesh of the stuck, lost, or sinking. A romantic shabby town before a slick realtor called Trent Reznor installed a monorail, converted the warehouse squats to student accommodation, and gave the sullen kids jobs. From kohl eyes to making and marketing the other black stuff, coffee. But it didn’t start that way… it started dirty, fun and naughty and that’s what we celebrated. The Young Gods wrote and rode the odes to that first wave’s aesthetic and sound, where the technology was fresh and the musical references bombastic. It was in essence arena rock despite it’s futuristic execution and it trod heavy in thick soled boots.

Peaking commercially in the mid 90s Franz and the band moved into more ambient avant garde territory (and smaller record labels) but managed to keep up a reputable output culminating in their surprisingly good 2019 release Data Mirage Tangram. Released in February it synthesised the various elements of their back catalogue, tribal beats, sampled guitars, ambient psychedelia, crooning vocals, and kraftwerk grooves into a mature dark jazz. With the return of co-founding keyboardist Ludan Dross they appear to be on the upward swing musically, commercially and by all appearances, personally. 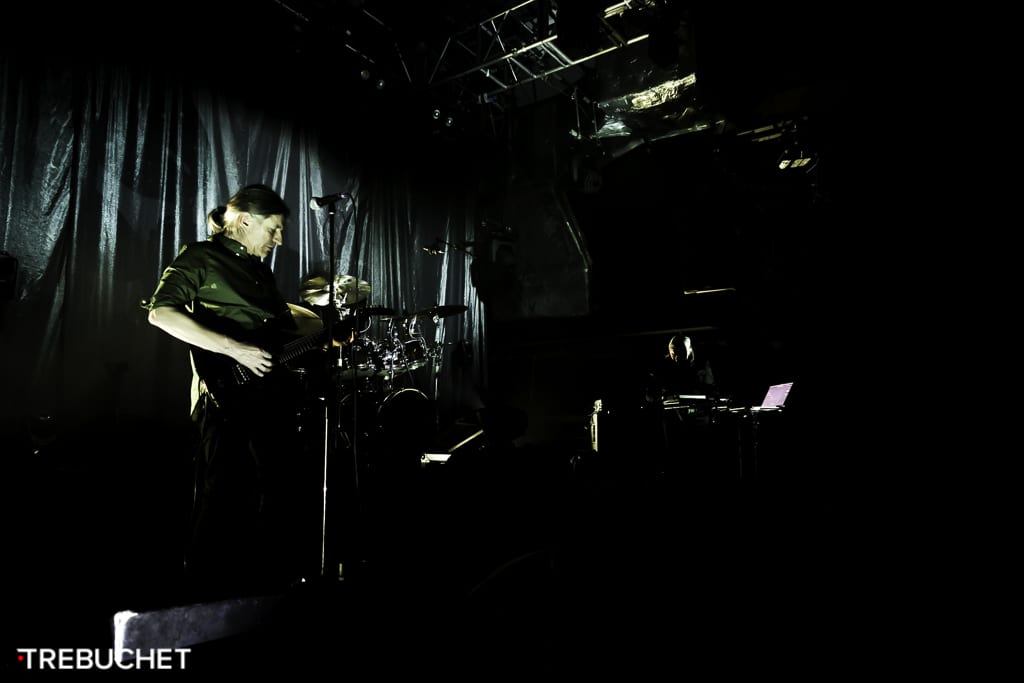 The lights low, the band took up their instruments with their trademark detached cool and launched into the subdued grooves of their newer and slower material. Not a promising start however once the flickering build led into an established groove and you felt the band come together, stretch out, and create the sparse tension characteristic of great music.

Immediately apparent was how tight the band are, Bernard’s (Trontin) drumming was a study of in-the-pocket groove which interplaying seamlessly with Ludan’s percussive keyboard attack created an interlocking rhythmic pulse that wrote the book on what electronic music should be; emotionally charged, irresistibly physical, and cooler than a mercury iceberg crashing into a lo-res skyline.

The high point of the set was when they tripped into Tear Up The Red Sky, which from its seductive insistent beat motif to its faulty socket bass tease to its full bore keysampled distorted ‘guitars’ is a classic Young Gods track. And resoundingly the freshest track I’ve heard in 2019.

Being a sample based  group The Young Gods aren’t renowned as an improvisational group but as a live unit you hear them taking performance cues from outfits like Swans and Einstürzende Neubauten.  Bands who weave emotional elements of tension and release differently each night from a relatively fixed setlist of  tightly structured material. Both live and on record the way The Young Gods layer the percussive aspects of melodic sounds and the melodic potential of percussion instruments is clever and refreshing.

The Young Gods are a band whose sound crams every pore of a packed room. There is a chest binding feeling of dense weight to their drum and synth treatments which gives the sort of monumental sonic presence somehow lacking from many contemporary acts and as their main set ended you could feel a tense pressure in the room as a previously starved audience, now remembering the taste of heavy music, demanded more.  The band answered with the anticipated encore of ‘hits’, Kissing the Sun, Gasoline Man, and ending with the classic industrial stomp of Skinflowers. A fantastic ending to a mesmerising evening by a seminal band who have lost none of their power to inspire. 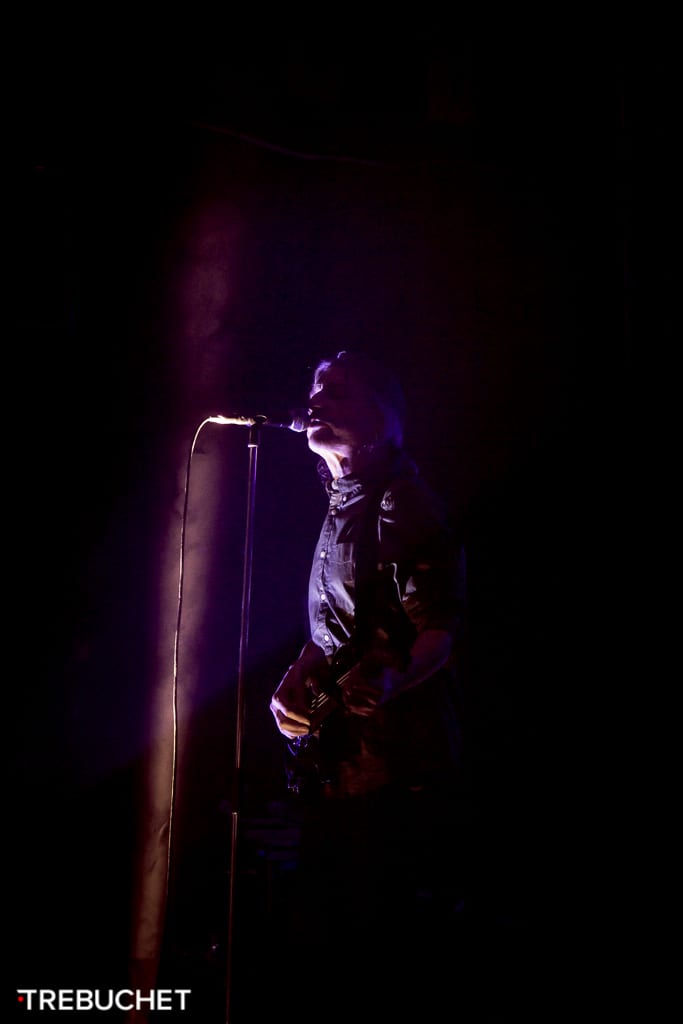 Tear Up the Red Sky

All My Skin Standing

You Gave Me a Name

The Young Gods played Academy Islington on the 23rdof March with Auger and Greenhaus supporting.

Next Story:
In and Out of Warhol’s Orbit