A conversation between space, display and the mind of Celine Condorelli 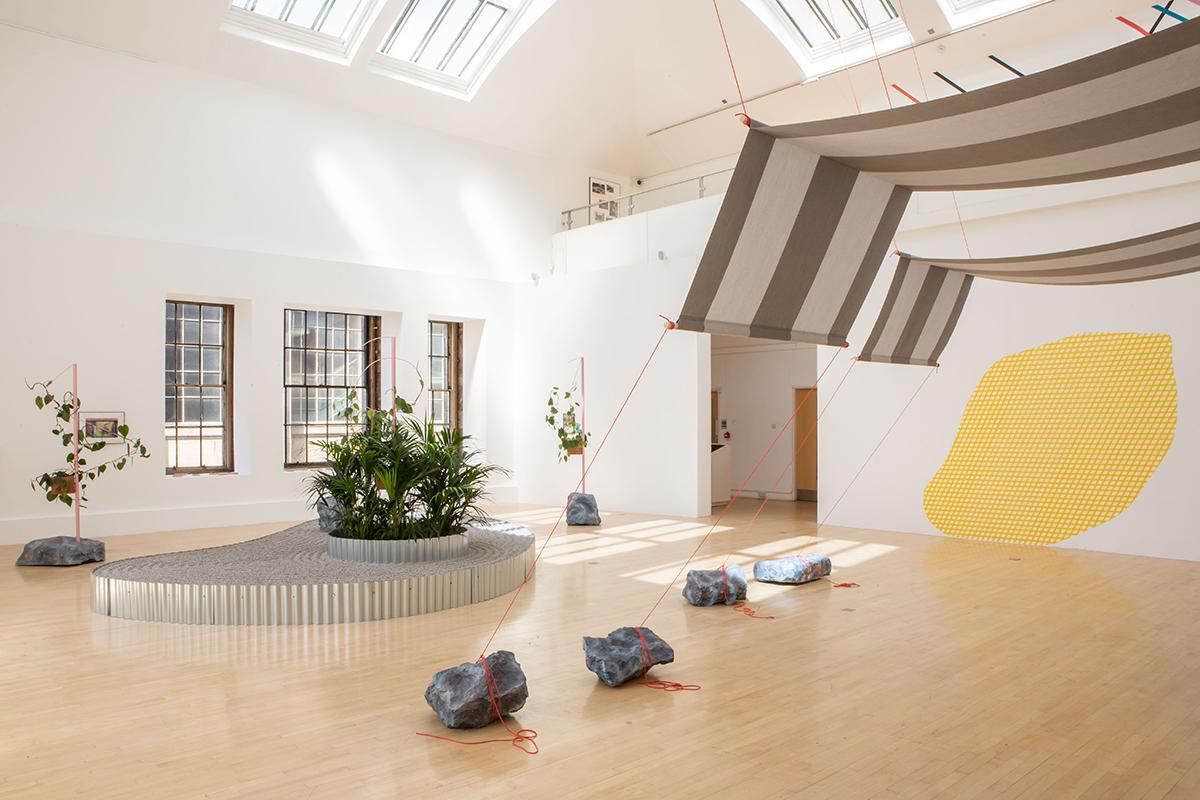 Can a survey exhibition be more than just an overview of an artist’s practice? Celine Condorelli’s After Work at Talbot Rice Gallery seems to reinvigorate the tired term.  Whilst the press release indicates an immersive exhibition, which often implies embarking on a journey around social media-friendly spectacles which lack substance, After Work eschews this lackluster approach to offer viewers a tranquil yet insightful voyage through Condorelli’s mind. Structured as a trail through the peculiar gallery spaces, the exhibition offers a glimpse of Condorelli’s key installations and artworks, unfolding her interests and thinking process. While the central enquiries of the show are the processes and the interrelation between leisure and labour, natural and industrial After Work offers new readings to the interrelation between the exhibition space and artworks. What happens within the touch of the two elements? Which one of them has a stronger perceptive impact on the other or can the two work in conjunction? This is the nature of questions that After Work inspires.

Having trained and qualified as an architect, Condorelli now gravitates towards the fine arts to manifest her unique vision. Nourished by Architecture, Art, Design, and friendships, Condorelli’s practice meditates on the processes of labour and industrialisation, means of display and transmission, communicating things that are meant to be seen as well as tracing elements that are hidden from the immediate grasp. Led by Condorelli’s heritage and passion for modernist architecture exploring the interrelation between the building and environment; as well as inevitably underpinned by Condorelli’s training in Architecture, the narrative of the After Work is greatly influenced by the Talbot Rice Gallery’s architectural context. Comprising a series of clinical white cube spaces and a grand Georgian gallery, previously a Natural History museum, the space is a laconic interlocutor to Condorelli’s multifaceted practice. Altered specifically to each gallery space, the displays form a trail through an inspiring landscape of Condorelli’s works, offering the visitors to take part in an insightful ‘expedition’ guided by an ‘atlas’ that Condorelli mapped specifically for After Work.

The first part of the odyssey is encapsulated within the white cube sequence and explores the labour-leisure dichotomies, both as separate entities and as an intertwining of the two. The ‘expedition’ begins with begins in a double-height white cube space with an expanded version of ‘Zanzibar’ (2018-ongoing), exploring the leisure capacities of public and exhibition spaces. Informed by tropical modernist architecture of Lina Bo Bardi, Zanzibar reflects on a peculiar pattern in exhibition displays between the 1930s and 1970s, when spaces tended to have plants alongside the exhibited Art. The display bathes in natural light powering through the skylight and the large colonial-grille windows. As if a glasshouse preserving rare species, the exhibition space is a sacred garden disguising treasures – philodendrons, the friends of the trees; chunks of limestone which have been resting on the premises of Edinburgh College of Art for the past 20 years; Lina Bo Bardi-inspired mango-coloured tape footprint of a SESC Pompéia window; Carlo Scarpa-reverencing wall portal dividing space and time. The rare Edinburgh sunlight (if one is lucky to catch such a precious day) adds the final touch to the sanctuary bliss within the constrained white cube space.

Passing underneath the shade of a brise-soleil assembled to the ceiling and to the historic limestone resting on the floor, one transfers from the summery realm sinking in brightness to a dark cave-like depth. A refreshing escape from the scorching light, this space showcases the ‘Cotton/Rubber’ (2017) and ‘Contact Patch’ (2016) series, which were created during Condorelli’s collaborative project with the Pirelli tyre factory outside Turin. Reflecting on labour both in visible and disguised states, Condorelli composed an extensive archive of photographs, interviews, articles, presented on ten prints. Close-ups of fragmented rubber compound pieces, tyre rims and sidewalls, entangled threads for woven textile, rubberised belts, tread bands manifest the industrial process as a fleshy entity, which comes to life through the labour of factory workers and the machinery. As signifies one of the articles in the archive, this entity is of a geological nature – the elastic qualities of the rubber are achieved through chemical curing which is called ‘vulcanisation’. These parallels extend the conversation on the alchemy between exhibition space and the display. Notably, geological references of the processes and the artwork peculiarly intersect with the initial perception of the exhibition space as a geological cave-like spatiality.

The motives of flesh and geology continue in the following point of the survey voyage. Ascending via stairs from the dark industrial depth and anticipating to face the next installation, one unexpectedly finds themselves within a skeleton of unrendered triangular timber frames. Disorientating the exhibition space and its visitors, this feature appears to be the backside of the ‘After Work’ (2021) projection screen. Meditating on the intertwining of labour and leisure, ‘After Work’ uncovers the invisible labour involved in the production of culture. This display comprises the eponymous video piece which is viewed from ‘Spatial Composition 13’ (2021), a piece that functions as museum seating. While the sculpture utilises the language of playground structures and beach loungers, the film depicts the flesh of the manufacturing process of a playground – people welding steel, rocks being extracted from a quarry; ladle shoveling through mud. Just as the exhibition space uncovers both the ‘backstage’ and the front face of the pedantically arranged display; ‘After Work’ provides both the negative and the developed footprints of manufacturing and creative processes. Resolving observations on leisure-labour dichotomy, the former presents itself as a visible, joyful entity associating with bright void, whereas the latter resembles the disguised darkness hidden beneath or preceding the moments of joy.

As the first part of the trial reaches its conclusion, the gallery space and the show narrative undergo a shift in contexts. This change is marked with ‘Host’ (2019), a Le Corbusier-inspired curtain piece/portal assembled in a circular space with a full-room size skylight dome. As if a vacuum, this piece creates a tranquil atmosphere, offering to catch the breath before the final leg of the journey. Exceeding the borders of the white cube spaces, the voyage completes in the Georgian gallery. An antithesis to the bright clinical space at the start point of the route, this double-height embellished space with an upper gallery dissolves in the dispersed shadow of mystery. Referring to the origins of exhibition spaces, the upper gallery is a Wunderkammer of the invisible side of Condorelli’s practice. Titled as ‘Intuitive logic’, this display unveils references, collections of things that accompanied the making of the exhibition, works of other artists that inspired Condorelli or were given to her. Nodding to the gallery’s heritage, Condorelli’s “atlas” includes exhibits of natural history.  The remains of Carboniferous plants and Jurassic and extinct prehistoric fish, glass models of corals sit alongside artifacts from this industrial world: snow goggles, studies of colours, schemes of public spaces and urban developments, models and objects from the Pirelli factory.

Although the display in the upper gallery makes a coherent and sensible continuation of the so far undertaken journey, the narrative presented in the lower gallery can appear confusing. The final installation ‘Thinking through skin’ (2021-22) explores the future of colour and image production, which initially jars with the previous displays. The work draws inspiration from the natural environment, in particular, Cephalopods’ capacity to chemically and emotionally respond to environments by becoming their context (merging with rocks, caves, colours and textures). Contemplating more sustainable ways of production and alternative ways of connecting to the environment, ‘Thinking through skin’ comprises a series artworks by Condorelli’s collaborators assembled around and within two large fabric pieces – animated curtain ‘Reflective Aural Study’ (2021) enveloping into a cocoon and draped ‘Mimetic Aural Study’ (2021) resembling a waterfall – all conducted by ‘Portal (in Memoriam)’ (2021), an audio piece by Hannah Catherine Jones. Whilst such significant presence of biological and nature references in the conceptual and visual sides of this display could have been a powerful quintessence of all traces of biological processes occurring in the previous installations – sub-tropical environments and plants, chemical and geological processes, remains of ancient species, etc. – Conderelli perceives the role of nature within After Work as a supplementary theme rather than a leading motive. Such an unexpected twist of anticipated meanings is like a treasure or an archaeological discovery unveiled at the end of the ‘expedition’. What are the borders of the artist’s and the perceiver’s minds? Where do they touch? What happens within this spatiality? Triggering these inspiring questions within the eternal discussion on art interpretation, this moment of the exhibition solidifies the overall pleasure from the show.

Assembled as a conversation with the unique gallery space, After Work uncovers new readings into display heritage and to the perceptual impact of space on the artwork. Thusm while the bright void of the white cube space presented ‘Zanzibar’ as a joyful piece, the disguised solid-like space of the Georgian Gallery mystified ‘Intuitive logic’ and ‘Thinking through skin’. Likewise, the conceptual intention of ‘After Work’ to address the invisible side of the production mode extended the habitual exhibition space to become a ‘backstage’ of an artwork.; whilst ‘Cotton/Rubber’ enhanced the initial sensation of the gallery space as a cave-like spatiality. Inevitably, the question arises whether it is the atmosphere of the space that guides the perception of art or it is art that creates sensations of spaces. Notably, After Work’offers another option, where the display and the exhibition space work in melodic accord with one another. Nourishing and cherishing each other, the gallery space uncovers new readings to Condorelli’s previously showcased works and inspires her to present unique pieces created in response to the gallery’s heritage; while Condorelli’s artworks direct the spotlight on the hidden potentials and processes of the gallery space. After Work exemplifies how fruitful and inspiring a conversation between dichotomies can be when both interlocutors are accepted and taken into consideration, rather than prioritising one over another. While this intertwining enables a harmonious and tranquil realm within the art discourse, surely it could be implemented beyond too?

This article has been supported by Talbot Rice Gallery 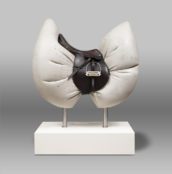 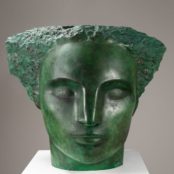