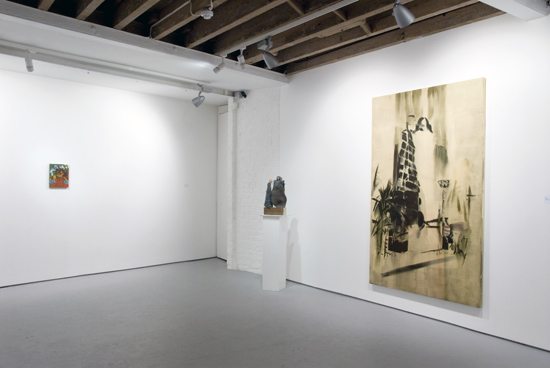 Ben Street’s Gifted at the Josh Lilley Gallery answers the ICA’S question; why do we need curators?

December 2010. Outside the great student fees debate rages. Placards set to one side, a small group of people take refuge in the ICA to discuss another topic: The Trouble with Curating. This discussion may be subdued, with microphones passed around so that every voice can be heard, but the issue is still important. With more and more young people training as or claiming themselves to be curators, the question of why this has become such a desired role needs to be raised. 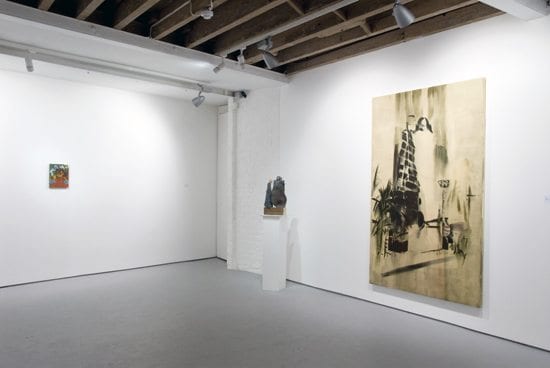 The Question
As the chair Andrew Renton is quick to point out, one can now be a curator of almost anything. The term is over-used. Curators of art, programmes, film, networks, education and even microbes are popping up all over the place. So we establish we have many curators, perhaps too many. Artist and curator Pavel Buchler asks the burning question: Why do we need curators at all?

Traditionally curators were the custodians of the classical and historical art. They arranged and explained these masterpieces for us so that we may appreciate and learn from them. Nowadays, in the contemporary art worlds at least, the role has morphed into one of ‘making exhibitions’. The curator is somehow involved in validating what is presented as art, and conveying the meaning of works, either singularly or collectively, to the discerning public. Buchler tells us that, as contemporary art tends to be conceptual rather than aesthetic, the curator identifies something which could be considered to be other (anthropology, architecture etc.) as art.

So, a curator does not create art, but validates it and perhaps appropriates meaning to create a coherent direction for an exhibition. However, some would claim that the curator is therefore simply an organiser, an arranger of pieces, and the art would still have meaning and be appreciated without the curator’s influence. 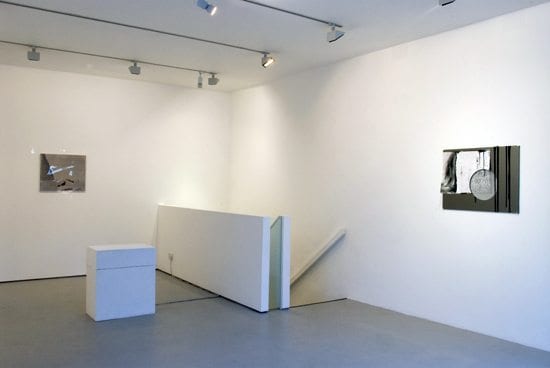 The Answer
With this in mind I turned the corner of a side street in Bloomsbury to attend the opening of Josh Lilley Gallery’s new show Gifted. After over a year of solo shows this exhibition featured all 12 of the gallery’s artists. Rather than asking artists to submit a work that perhaps fit with a theme or model, curator Ben Street decided to create a sort of artistic ‘Secret Santa’. Each artist was asked to choose a piece that they would be happy to have altered (but not so rubbish that they were destined for the trash). The work was then sent, as randomly as geographical constraints allowed, to another artist. The receiver was then instructed to alter the work completely, partially or not at all. The results were then put on display.

There we have it ladies and gentlemen. Embodied in an exhibition, the answer to why we need curators. Curators may sometimes appear to simply arrange or postulate. Occasionally however, projects such as this arrive and remind us that they can produce something truly exciting, intriguing and even, shock horror, fun.  The point being that curators can create an artistic space (conceptually or otherwise) that artists may never have conceived of by themselves.

What makes this exhibition so enjoyable is that one spends all of the time trying to work out how much of the piece is the original artist’s work or the receiver’s. Without necessarily being familiar with every artist this becomes an impossible and amusingly frustrating task. Each piece is titled with the receiver’s name first, giver’s second- highlighting the shift in intellectual ownership. 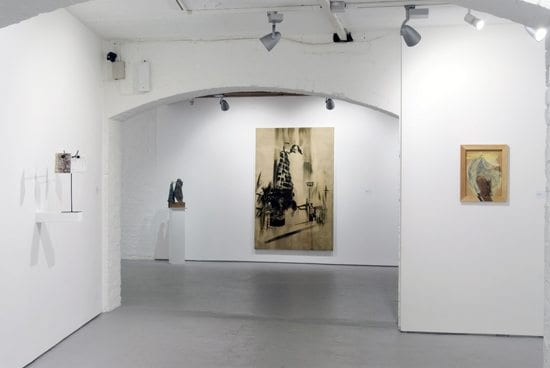 Some pieces appear straightforward. For example, LA-based artist Analia Saban’s reworking of Matthew Musgrave’s ‘gift’ seems to show his sculpture with her photograph of it lying on a west coast beach. The title, Untitled, by Matthew Musgrave, Sees the Pacific Ocean, 2010, appears to give it away. Rebecca Nassauer’s gift to Nick Goss looks completely untouched. But how would I know?

My favourite piece is the one that had me questioning for the longest time. Rebecca Nassauer’s appropriation of Christof Mascher’s offering was a 3D collage that had so many components it could have been a collaboration between 10 artists, not 2. This painting/sculpture/set model/mini world epitomised the playful yet thought-provoking nature of the show. I looked the two artists up later and eventually figured out what element was whose. I wish I hadn’t. I found that it was not the specific ownership that was important to me, but the relationship.

The curator Ben Street told me he wanted to bring about the kind of exchange that occurred when Rauschenberg first erased De Kooning’s work in 1953.
Rauschenberg said of the process:

when I erased my own work it looked just like that, an erased Rauschenberg. It was nothing. It had to begin as art.

Rauschenberg then approached De Kooning who was on board, but specified that he wanted it to be something he’d miss, that he already valued. 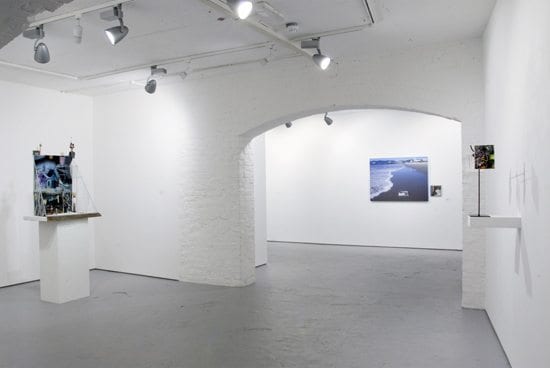 This incident can be seen as a gesture or protest against abstract expressionism. But when we take into account what De Kooning said and the experience of Gifted, we see that this kind of exchange can be viewed as proof of trust and respect between artists. Each artist validates the piece they are given as a work of art, and builds from that to create art from art. When permission is given willingly, nay, benevolently, then what could be viewed as vandalism becomes an exercise in admiration and innovation.

What Street has achieved is wonderful.  To expand this partnership to a whole gallery community and to succeed, a victory. The artists created the art, but the curator instigated the process and created the environment for it to occur and be shared with the public. We may have too many curators and they may sometimes seem redundant or overly controlling, but Gifted shows us why we need them.

Gifted is at Josh Lilley gallery until 7th January 2011.