Something of a real-world flaw in the behavioural reasoning here.

Goats, it is postulated, are as capable a pet as dogs or cats. The proof being that, when confronted with an empty box where there should be a tasty treat, the goat turned a look of hungry longing upon the humans present in the room. Its ability to display need and trust thereby demonstrated, the animal is deemed capable of that most pet-like of traits – whining to be fed.

The flaw? After tasting chanfana or curry goat, the same hungry longing may be demonstrated by the pet’s owner.

Goats have the capacity to communicate with people like other domesticated animals, such as dogs and horses, according to scientists from Queen Mary University of London (QMUL).

In a new paper in the journal Biology Letters, researchers from QMUL’s School of Biological and Chemical Sciences found that goats respond to people by gazing at them when facing a problem they cannot solve alone, and their responses change depending on the person’s behaviour.

To investigate, the team trained goats to remove a lid from a box to receive a reward. In the final test, they made the reward inaccessible and recorded their reaction towards the experimenters, who were either facing the goats or had their backs to them.

Goats redirected their gaze frequently between the inaccessible reward and human experimenters. They also gazed towards a forward facing person earlier, more often and for longer compared to when the person was facing away.

First author Dr Christian Nawroth, said: “Goats gaze at humans in the same way as dogs do when asking for a treat that is out of reach, for example. Our results provide strong evidence for complex communication directed at humans in a species that was domesticated primarily for agricultural production, and show similarities with animals bred to become pets or working animals, such as dogs and horses.”

The research indicates that the domestication of animals has a much broader impact on human-animal communication than previously believed. For example, it’s thought that the capacity of dogs to perceive information from humans is the result of changes to the brain from becoming a companion animal through domestication. 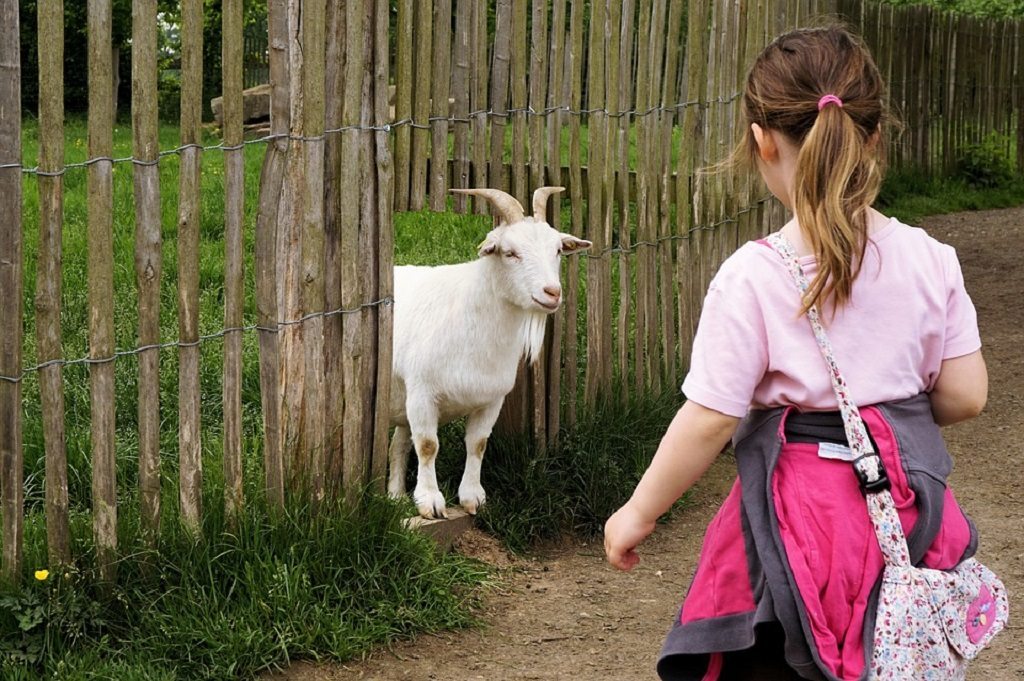 “Goats were the first livestock species to be domesticated, about 10,000 years ago,” said lead author Dr Alan McElligott from the School’s Department of Biological and Experimental Psychology.

“From our earlier research, we already know that goats are smarter than their reputation suggests, but these results show how they can communicate and interact with their human handlers even though they were not domesticated as pets or working animals.”

The researchers hope the study will lead to a better understanding of how skilled livestock are in their aptitude to solve problems and interact with humans based on their cognitive abilities – and to an improvement in animal welfare in general.