Beyond the Physical: Imogen Allen 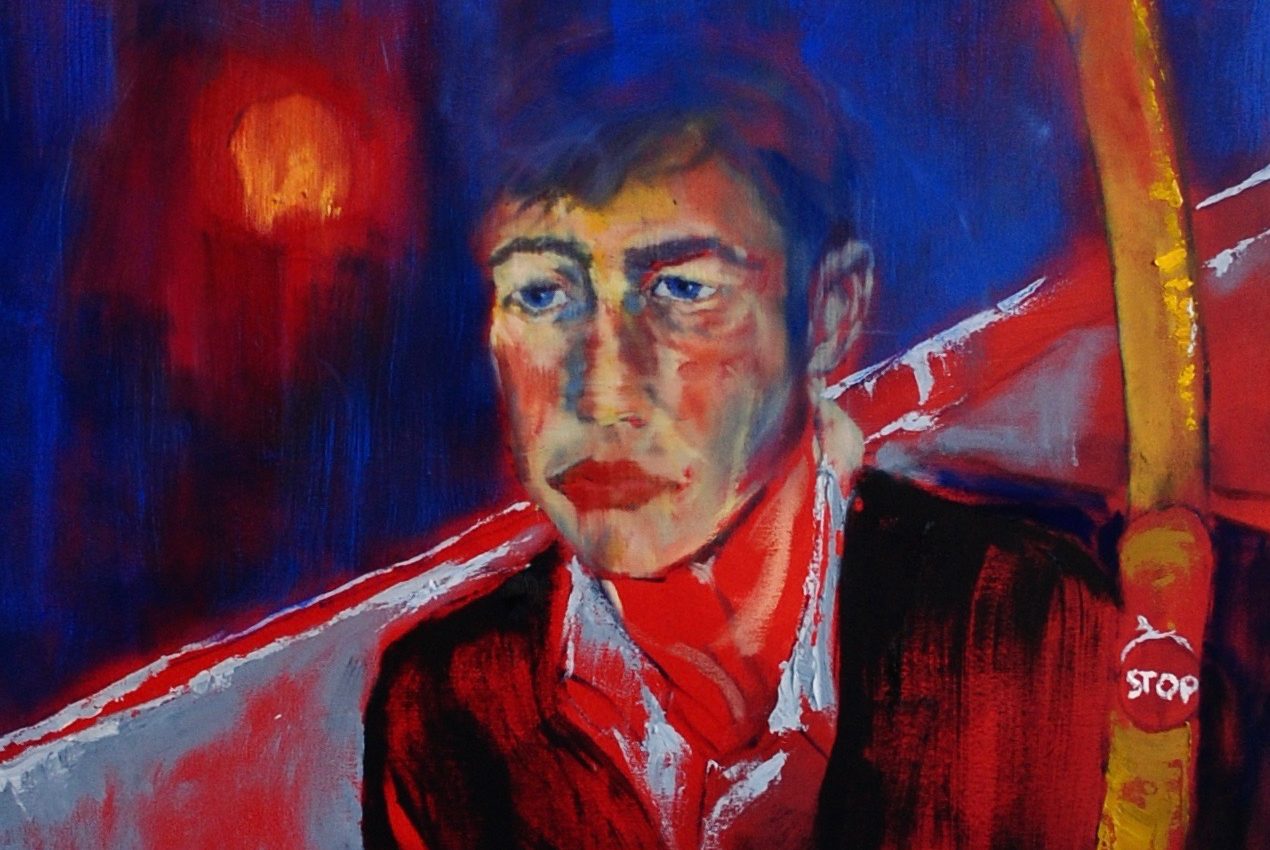 Oscillating between figurative and abstract, Imogen Allen’s works explore the convergence of the sensory and the metaphysical.

Following the artist’s recent debut solo exhibition at Appach Gallery in Brixton, she speaks to Millie Walton about the influence of her childhood, spirituality and nostalgia.

What drew you to art?

I grew up with two artists. My dad is a sculptor and my mum is a painter so I guess they encouraged that way of thinking and looking at the world. I grew up in Cornwall and that experience continues to inform my practice and imagery.

Yes, the landscape: my intimate relationship to it and its connection to wider energies beyond the human. We lived in town until I was about seven and then we moved to a farmhouse on the edge of the moorlands. My friend and I used to go up into the moorland and just run around like headless chickens, and we made all these maps which were based on emotions or certain objects.

We had a lot of freedom; even from a young age, I was able to go into the moors by myself and I always had this feeling of complete astonishment and wonder at being in this vast, open landscape and feeling aware of both the boundaries and the boundlessness of my body. In my recent exhibition [A Feeling Beyond Words], I included a painting entitled Reaching to the Moorland, which I think is quite descriptive of the setting and this almost numinous experience.

Yes, the works certainly possess a sense of fluidity and an otherworldly quality.

I find it interesting how the otherworldly can emerge in such a physical medium. In some ways, I think that’s what I find mesmerising about painting because it’s so raw and textural but it’s also so transportive to another place; it’s simultaneously beyond the world and of the world.

There’s an author that I really love called David Abram who talks about how in indigenous communities access to the spiritual dimension is purely through the physical – worshipping stones and plants for example – whereas in Western traditions and Christianity, the spiritual is seen as this “above” space that we’ve not really accessed. In my work, I want to tap into the idea that we can access the metaphysical through physical experiences because we do, constantly, even if we’re not conscious of it.

How much do you plan your compositions?

It varies with each piece. I approach each work in a different way according to my state of mind or emotional experience that day. I don’t like having a methodology because I get bored quite quickly and I want every painting to be like a different person. I think you can witness similar feelings across the works, but I want them to each have an individual narrative and the physical act of creation influences the character of the image.

Sometimes, I work from my own photographs or from other people’s. One of my paintings entitled The Red Light of Stop depicts a man sitting on a bus; it’s quite different from the others in the sense that he’s occupying a more recognisable space, but one that also becomes abstract at the same time. That work is inspired by a photograph taken by Saul Leiter, whose work I love, but through the process of translation, the man has become a different person.

Do you think your practice changed or evolved during your time at art school?

Definitely, and moving to London completely changed my perspective in so many ways. One of the big things I think I’ve gained is an ability to reflect on my perspective, on my upbringing in Cornwall and that environment in relation to the urban. I have a certain nostalgia now, I think, which I didn’t have when I was absorbed by the landscape and I’m working a lot with memories and the sensations of remembering.

What’s your relationship to colour?

It’s so hard to describe why I use certain colours. It’s very intuitive. One colour chooses the next colour depending on how it interacts, harmonises, contrasts or creates some sort of friction within the image. For me, colour is so informative to the unity of the image and how it all works together.

Your solo exhibition included some oil paintings as well as pastel works. What guides your choice of materials?

I’ve been making pastels since I saw these incredible pastels by Francesco Clemente. I was given a book of his work before I went to art school and was just blown away by what a pastel work could be like. It’s a dry medium so you can draw a crystalline line on top of smudged or blurred colour and build up all layers. That’s what I’ve been experimenting with and it’s really informed my style of painting too. I make pastel works on a smaller, more intimate scale and often I make them at home so in a way they’re more integrated into my life. It’s a much faster and more direct process too: you’re using the actual substance of what will become the image. It gives a real sense of connection and tactility, which is very much what my work is about.

Oil paint is more fluid to work with because you can use different brushes to create a larger range of marks and at a larger scale. I can’t really see myself making large-scale pastels at the moment because they’re so fragile and hard to store. My studio is small and chaotic and sometimes, you have to think practically.

Are there any artists or movements that have particularly influenced your work?

I’m obsessed with German expressionism. One of my favourite artists is Käthe Kollwitz who made these really incredible prints of self-portraits and women at work and protests. As I mentioned before, Francesco Clemente has been a massive influence. I love Emil Nolde and his Unpainted Pictures which are these fantastic watercolours that he did when he wasn’t allowed to make work during the Nazi regime – he made them in his basement. Luchita Hurtado has also influenced my work in a big way. She did a series of paintings called I Am which are looking down at her body from above, creating quite an abstracted perspective.

How did you go about selecting the works for A Feeling Beyond Words?

I graduated last year, and we didn’t have a degree show because of Covid so I hadn’t really had a chance to exhibit my work. The show is a selection of pieces that I’ve made over the last couple of years and for the title, I tried to think of a phrase which summed up why I make paintings and imagery. I think a lot about how I want to make people feel and the impact of that emotional experience rather than thinking about content specifically. 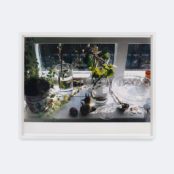 Next Story:
The Duality of Cloth: Crystal Fischetti