Drunken Tweets Not Confined to Humans

‘all the dead birds had become intoxicated on fermented berries, and that some of the injuries they had sustained were the result of mid-air collisions’. Drunken Birds. 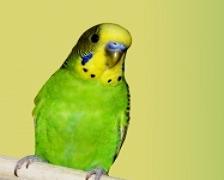 Young birds can get ‘drunk’ on fermented berries

Effects similar to those for people, only drunk birds have much further to fall

But unsteadiness on the feet, a tendency to fall over, and losing the ability to steer is considerably more of a problem when life is normally spent in trees or in the air.

The authors from the Animal Health and Veterinary Laboratories Agency (AHVLA) reveal how they were called to a primary school in Cumbria last summer after the bodies of 12 young blackbirds were found.

Foul play was suspected, especially as some of the birds had clearly been injured. The police were called.

Post mortem exams were carried out on the dead birds, who were otherwise in good physical condition. Tests to rule out lethal infections, such as avian flu, came back negative. But berries were found in all the birds’ guts.

A few blackbirds had been spotted on rowan trees, beneath which berries similar to those found inside the dead birds covered the ground. Many of these berries looked as if they had been partially eaten.

Rowan berries are not normally considered poisonous to wild birds, but the berries found inside the birds smelled as if they were fermenting.

Three tissue samples from the dead birds were sent for toxicological analysis, one of which revealed high levels of pure alcohol (ethanol). Staff at the wildlife rescue centre to which the live bird was sent also reported that it had been unsteady on its feet and appeared “drunk.”

The bird had had to place its wings on the ground to steady itself, and had leant against the walls of its enclosure to keep upright, they said. After two days the bird fully recovered and was released back into the wild.

The authors can’t explain why only one of the samples revealed the presence of ethanol, but suspect that all the dead birds had become intoxicated on fermented berries, and that some of the injuries they had sustained were the result of mid-air collisions.

The berries on the ground were damaged, so would have been vulnerable to yeast infestation, which would have precipitated fermentation and subsequent alcohol production, they explain.

The authors say that they can’t prove that the birds died after consuming too much alcohol, but they refer to a similar diagnosis made in 1999 of redwings who had been feeding on holly berries.

Several of these birds were seen falling out of the holly tree onto the concrete below. Laboratory analysis did not reveal any hazardous chemicals, but holly berries were found in their crops and gizzards, samples of which contained high levels of alcohol. 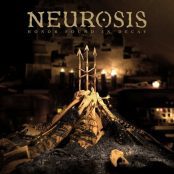 2 Replies to “Drunken Tweets Not Confined to Humans”