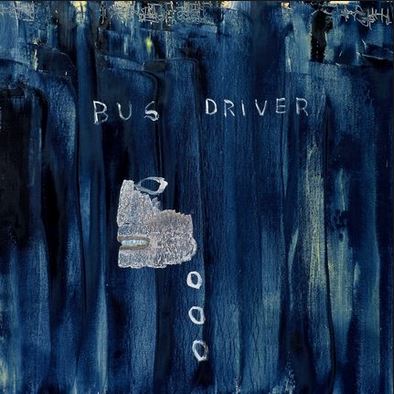 We are understandably fazed when approached by new aspects of music genres that are pushing the dimensions of their own genre to another space and alien neighbourhood.

The fazing affect of finding a new hybrid species of music in the alien neighbourhood is like making a decent set of brownies, feeding them to a well-to-do ecohippy and watching them do 100mph (whilst doing 20mpg in a Toyota Prius). Eyebrows raised, eyes red, mouth open to crescent moon, skin pale.

The fazed or not to be fazed discussion here is based around rap music and the artist Busdriver. Does Busdriver faze the rap listener? Is Perfect Hair a new aspect in the genre of rap? And does Busdriver’s Perfect Hair make you want to drive fast in a Toyota Prius like some Californian brownie-munching well-to-do hippy who wants some decent lines to rap along to? Important questions….

Opening strides are taken in the music industry every day. ‘Retirement Ode’ steps out in normative fashion; squeaks, tweaks, peaks and troughs, over voiced monotone talk, intro shouts and name telling, money chatter and bars. A straight monotone voice really emphasises the quality of Regan Farquhar’s (Busdriver) voice on the intro. As with most musicians that use this format, the velocity of rap versus voice changes up the rhythm of the track and is a well-trodden route. So too, is droning on about money. Fazed by the opening to ‘Retirement Ode’? Maybe not.

Rap holds its roots in verbal bar spitting and Busdriver doesn’t throw excessive amounts of verbal at you in ‘Retirement Ode’. For an opening track its quality is in beat and suave lines about being dope as fuck. It’s an intro song, and it works because saying you’re dope as fuck is so much easier than to actually show in an intro song.

So does the dope as fuck remain with the next song ‘Bliss Point’? Unfortunately not. We’re going to have to wait for some of that. ‘Bliss Point’ presents a hyper-spaced soulful attack on hip-hop, switches to a quick tooting rap and then meanders through to more spaced-out verses, other jibberish, and a self-absorbed hymn on who the band reaches and how their way is new. What I can’t get is what the Busdriver wants to reach people with.

About time: dope. ‘Ego Death (Prod. By Jeremiah Jae feat, Aesop Rock & Danny Brown)’. Hitting lines like clubbing a seal, Busdriver (and co.) do the nasty in this track griming into the street level prose that cuts the mustard/crap. This is a bad mouthed, quick witted, and grounded L.A. crew that move around the track as though the backing riddim was only there as a blank piece of paper. About time.

Onto ‘Upsweep’. Now, we must talk Busdriver because, even though lyrically quick, this track is weak as your girlfriend’s left arm. If ‘Ego Death’ was a track of the pumped up Viagra nation: a red, white and blue hellfire of blazing beats and verbal, ‘Upsweep’ is Mr. Floppy. Unfortunate.

‘When the Tooth-lined Horizon Blinks’, “…blink me away from here”? It sounds like, by this track, that the hot city of L.A. has gotten to them and the hard-hitting bad boy in Busdriver has gone. He wants out. The sound is hard and the lyrics play out like a guy that wants to pushm but it’s soft. Not what you would expect from a rap artist, especially one that was bitching on his opening track about how much money he spent on this record and how he’s so dope. We’re getting mixed messages from Busdriver on this record. Especially when he already ripped the place to shit in ‘Ego Death’.

‘Motion Lines’ is another soft-core rap song. A few swear songs don’t make up for the pussy-footing around about relationships. It’s surprising that this guy hasn’t been ripped apart by another writer yet, because to call most of this stuff rap (and he does in this song) is to call a kitten a tiger and be scared of it. He’s a beat singer and doesn’t have the grit in most of his songs to be associated with rap. Busdriver has got heart but he’s not a hardcore rapper to break a club into a semi-riot. Yet he’s obviously got a lot of R&B in him and a lot of love, so let’s let him off a bit.

Now we have something: ‘Eat Rich’. Fire up your Prius and eat your brownies. The song goes, “I’m so hungry I could eat the rich”, and may become an anthem for the most hilariously stoned richkid who thinks the song is an ironic and laughable attempt from a music artist to approach hunger issues in the poverty-stricken areas of America. Or it could become an anthem for the poor. Your choice of course, but it’s worth a listen (I’m pretty sure they are laughing on the record though).

Post-‘Eat Rich’ we have ‘King Cookie Faced (for her)’ which is a drifting tune and is a little bit broke as a track; broken beats folded over with smooth lyrics about a young lady reveal little to what’s going on but at least we know they’re high. It’s slightly too broken to have a strong beat but continues anyhow, and the lyrics are none too pressing in delivery. Not the worst or best track on here but a chilled-out smoking tune that trickles along.

Finally, and I do mean finally (this album does drag on) we have a 9 minute 49 seconds track called ‘Colonize the Moon’, which is split into the main song about colonising the moon and a second song about family and growing up; one of my favourite parts of the album.

Does Busdriver fazes the listener? I would say he puts a little pressure on the ears and makes a decent attempt to lyrically bombard, but overall, Perfect Hair is average. Does Busdriver place his music in a new alien genre island in the sky? Unfortunately, apart from one track (‘Ego Death’) Busdriver may have carved out a new alien aspect for rap music in presenting a slightly weaker approach to the genre.

Does Busdriver’s Perfect Hair make you want to drive fast in Toyota Prius with the music blaring out the sound system like some Californian brownie munching well-to-do hippy who wants some decent lines to rap along to? Yes, in two songs: ‘Ego Death’ and ‘Eat Rich’.

I’m so hungry I could eat the rich.