Waiting for a Callback. The Allure of Echoing Caverns

Distinct echoes would be totally unforgivable in today’s performance spaces. But, in the past, people sought echoes. 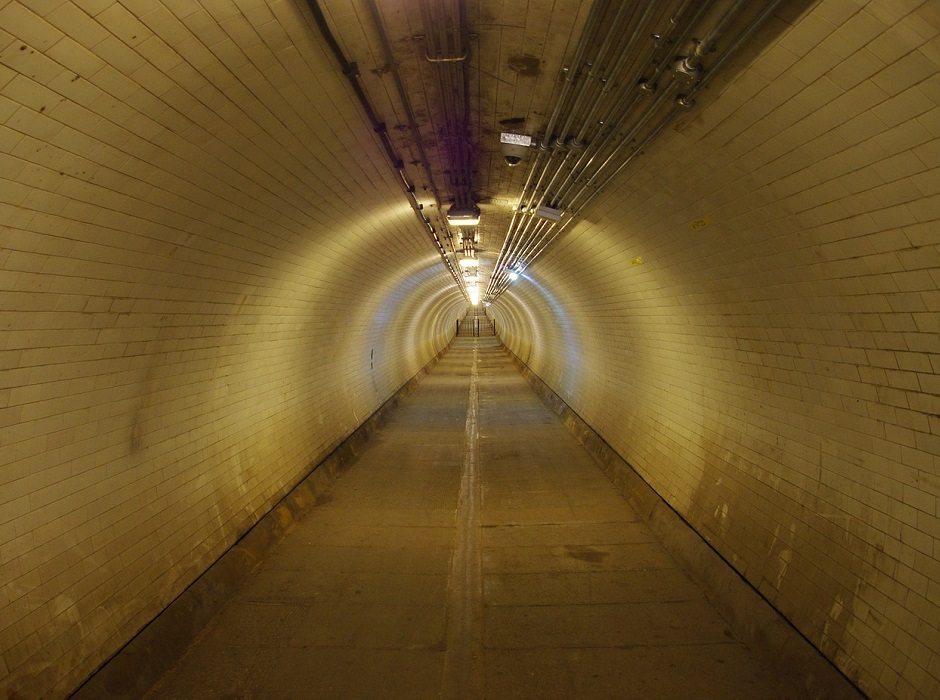 [dropcap style=”font-size:100px; color:#992211;”]T[/dropcap]he portentious authority of a reverberating echo has not been lost on hellfire sermonisers over the centuries – those vaulted naves and apses of gothic cathedrals were left unbaffled for a reason.

Now it seems we shun the echo in sound performance. Although maybe not entirely. There is still a market for delay pedals, after all.

Play a flute in Carnegie Hall, and the tone will resonate and fill the space. Play that same flute in the Grand Canyon, and the sound waves will crash against the rock walls, folding back in on each other in sonic chaos. The disparity in acoustics is clear – to the modern listener, the instrument belongs in an auditorium.

“Distinct echoes would be totally unforgivable in today’s performance spaces,” says Steven J. Waller, an archaeo-acoustician who has studied prehistoric rock art and the acoustics of ancient performance spaces. “But, in the past, people sought echoes.”

According to Waller, the response of audiences and performers to acoustic characteristics is a function of their worldview, and it is as fluid as the environment they inhabit. He will be presenting his findings this week at the 169th meeting of the Acoustical Society of America (ASA) in Pittsburgh.

“It’s a parallel to ‘beauty is in the eye of the beholder’: perfect performance spaces are really in the ear of the listener. Today we value qualities like clarity–how it makes a modern orchestra sound,” Waller continued, “whereas prior to sound wave theory, echoes were considered mysterious and divine.”

Myths About The Origins of Echo

While far from unique, the most famous echo origins myth is perhaps from Ovid’s Metamorphoses, which tells the tragedy of Echo, a young nymph who disappears from the world except for her voice after she is spurned by her would-be lover, the young Narcissus, who falls in love with his own reflection instead. Over the past 28 years, Waller has collected more than fifty echo myths, and several hundred pertaining to thunder gods, from a swath of cultures spanning every inhabited continent.

According to Waller, a common current runs through many of these myths. A spirit living behind the rock surface, often as form of punishment, calls out to passersby to trap them within the walls as well. Not by coincidence, the same indigenous groups often left their paintings, petroglyphs and artifacts at locations within cavernous sites that helped to generate the strongest echoes.

“Some of the earliest flutes in the caves of Germany were found in very reverberant environments in the cave,” Waller said. “It wasn’t just a matter of ‘well, they happened to drop a flute there.’ The places where they used the flutes had these fabulous echoes and thunderous reverberations.”

To measure the acoustics of those areas, Waller employed a spring-loaded device that emits a consistent percussive sound. He used portable digital recorders and audio software to quantify the acoustic strength of any “extra” reflected sounds.

“When you put all of that together, it forms a picture of our ancestors valuing sound reflection, and seeking it out, and in some cases even worshipping it,” Waller said. “They not only had myths about it, they also responded with paintings and engravings.”

In the migration story of the Native American Acoma tribe, Masewa, the “son of the Sun,” led his people out of their place of emergence, heading for a place called “Aako.” As they travelled, Masewa tested each area they came upon by shouting out, “Aaaaaaakoooooo!” If the echo resounded, the people would stay to test the place further; if it proved to be imperfect, they moved on. At a place just east of the Acoma Pueblo in New Mexico, where they eventually settled, the echo was perfect, and there now stands Petroglyph National Monument, hosting an estimated 24,000 pecked, or lightly inscribed, images. The site’s strong echoes were music to ancient ears, though perhaps cacophonous to ours.

Next Story:
June Gigs, London [Thunder on the Left]