The Strange Conservatism of Dead Space

It is all too seductive to think that cynicism is insight and pessimism is practicality, but while it is easy to hurl horror and splatter at the gamer, it is taboo to make a case for progress or the future.

[dropcap style=”font-size:100px; color:#992211;”]T[/dropcap]he Dead Space species has one of the most disturbing scenes I have ever seen in a video game.

I don’t mean the gore or horror, of course; but the sweet shop, the toyshop and the children’s clothes shop placed with cold cynicism right next to an elementary school.

of sin, or perhaps

bad karma[/quote]
That wasn’t all, of course. The hospital that I, or rather, Isaac Clarke had fled from was full of adverts for anti-depressants and therapy for people missing Earth. The next stop on my quest after the school was a shockingly bland shopping centre, given life only by all the dead bodies and Necromorphs.

What scared me was that this game (Dead Space 2) was set in the future, in a vast city built in orbit around Saturn, with artificial gravity and in a universe just waiting to be explored. But, the game says, tomorrow won’t be better. We will either worship Altman or consumerism or both.

The series never lets up on the nihilist gloom. The Ishimura is a dank labyrinth. Tau Volantis is a ruin built upon ruins. Aegis VII is a charnel house with a huge hole blasted out of it. The future is f*cked and a sourpuss, miserablist conservatism plagues the series.

Now, conservatism is a loaded term and can mean many things. Am I a conservative because I worry about my local high street getting bankrupted by the new Sainsbury’s on the corner? Even in America, there are conservatives who are pro-choice and pro-gun control.

So what I mean is a kind of conservatism that is harmful and reactionary. It is paternal or even patriarchal, distrusts progress and has a deep fear of the new. It lives in fear, yet fetishises violence. It sees misfortune as punishment – the wages of sin, or perhaps bad karma; the price for daring to disagree.

We have been here before, of course. In Michael Moorcock’s still-relevant 1977 essay, ‘Starship Stormtroopers’, he ripped chunks out of the reactionary, right wing or far right inclinations of sci-fi and fantasy, like that of Tolkien, Star Wars, Heinlein, pulp sci-fi and its many successors.

Dead Space isn’t, of course, fascist or far right. The future it envisages might be done for, yet it is also calmly, confidently multi-ethnic and multi-cultural. But the series is also luddite, and rejects the possibility of progress with a po-faced ‘I told you so!’ pout.

At its most worst, the series seems to wonder why humans even bother exploring the stars – they’ll only planet crack the shit out of everything and then build a shopping mall run by a dodgy junta. Technology, meanwhile, is either an in-game danger or a collection of problems that need fixing rather than a set of possibilities.

Indeed, Dead Space, a lot like post 2005 Doctor Who, has a deep dislike and distrust of exploration and discovery. “Here be dragons” as the series might well be summarised, every attempt to understand or uncover leading only to death, madness, horror and failure.

also led to it

Dead Space has its roots in cosmic horror, a sub genre with a strong conservative pedigree. Its overlord, HP Lovecraft – who is even name checked at one point – wrote stories where risk was always punished, the Other was always a threat, truth was to be avoided and mankind was to metaphorically hide away from the monsters under its bed. He also feared women and sex, and from this fear sprang both his imagination and his ideology.

So it is fitting that the Dead Space series is misogynistic. Women are either irrational, or treacherous cows, or there to be ordered around or dismissed curtly, or to be mourned over as unattainable ideals, the Markers serving as galactic cockblocks while a mopey Isaac gets nagged at and called either a nerd or a bastard by a shrewish Ellie.

The conservatism of the series has also led to it taking up the worst clichés of modern gaming. In Dead Space 3, we get a new main character – Sgt. John Carver, yet another gruff, foul-mouthed blue-collar space marine. With Isaac Clarke we had everyman, a techie who turned out to be something of a hero, not through choice but necessity – more Arthur Dent than Jonny Rico.

But with Carver, we are once again back in the land where only Real Military Men can save the day, as Isaac is literally and metaphorically slapped about because, as the brains of the outfit, he is also the weaker party.

Anti-intellectualism, of course, is a preoccupation of small-c conservatism. Carver isn’t a fascist, by any means. Rather, he is a soldier who’s already lost every battle worth fighting and knows it. But he is still a regressive. Heinlein would be proud, if he wasn’t suing the hell out of everyone in the games industry for plagiarism.

We shouldn’t, of course, ignore what’s great about the series. It’s bloody good fun to play, has a sharp black wit, drips atmosphere and takes some pretty hard jabs at organised religion. The necromorphs may rip off a multitude of sources, but they have their own animalistic, manic energy and a mythos that makes them more than just generic bug-eyed monsters.

This is hard to write. I am, believe it or not, a big fan, and I desperately want to know how Isaac and the Sarge get out of the parlous shit-storm they find themselves (and the Earth) in at the end of Awakened. But loving something doesn’t mean having to suspend all critical judgement.

And yet… The ugliness of the series’ ideology taints this. It is all too seductive to think that cynicism is insight and pessimism is practicality, but while it is easy to hurl horror and splatter at the gamer, it is taboo to make a case for progress or the future. (Except when it comes to graphics and the latest games consoles, obviously.)

Dead Space 3 puts it best. As Isaac declares to Carver: “I know why I’m doin’ this. Do you?” 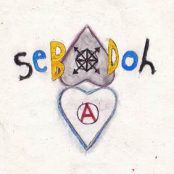