As human beings, we have a highly sensitive and efficient cognitive and neural mechanism for recognizing faces. Pokemon provides useful tools for facial recognition. 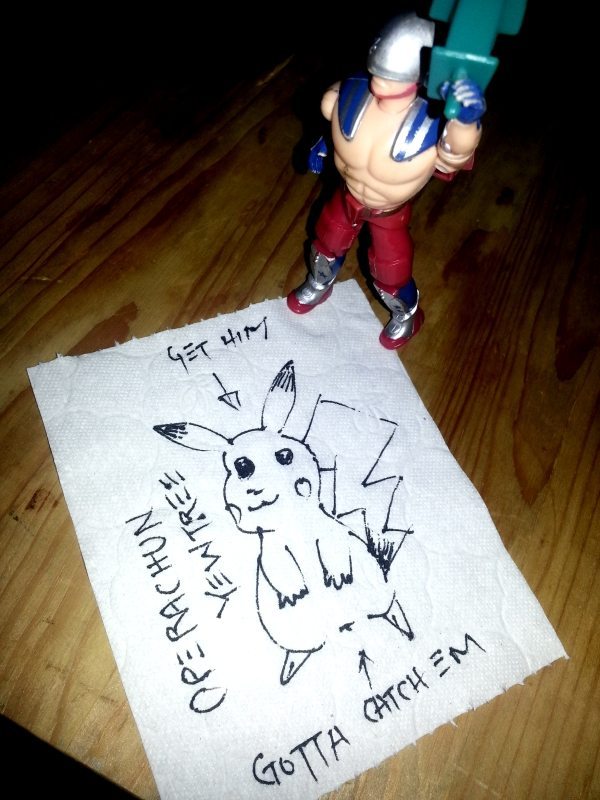 Kids, those silent people that you keep seeing are your parents.

At a Bloomington, Ind., toy store, kids ages 8 to 12 gather weekly to trade Pokemon cards and share their mutual absorption in the intrigue and adventure of Pokemon. This may seem an unlikely source of material to test theories in cognitive neuroscience. But that is where Indiana University brain scientists Karin Harman James and Tom James were when an idea took hold.

“We were down at the club with our son, watching the way the kids talked about the cards, and noticed it was bigger than just a trading game,” Tom James said.

Pokemon has since provided a rich testing ground for a theory of facial cognition that until now has been difficult to support. With the use of cutting-edge neuroimaging, the study challenges the prevailing theory of face recognition by offering new evidence for a theory that face recognition depends on a generalized system for recognizing objects, rather than a special area of the brain just for this function.

SPECIFICITY vs. EXPERTISE: THE FACE-RECOGNITION DEBATE

When it comes to facial recognition, brain scientists agree: As human beings, we have a highly sensitive and efficient cognitive and neural mechanism for recognizing faces. In a matter of milliseconds, we pick up the subtleties in facial structure and shape, as well as facial expressions. We instantly recognize or identify people and who we are in relation to them.

From there, agreement about how brains process faces ends, and scientists typically ascribe to one of two theories, the specificity or expertise hypothesis. The leading theory maintains that “to be so efficient, our brains must have a special face-processing module, a region of the cortex, cognitively separate from the rest of cognition, specific to faces and not used for anything else,” said Tom James, associate professor in the Department of Psychological and Brain Sciences in the IU Bloomington College of Arts and Sciences.

Others, among them Tom and Karin James, an assistant professor in the same department, contend that faces are important and special, but they don’t require a separate system. Instead, facial recognition occurs as part of a more generalized system for recognizing objects in which faces “recruit certain parts of that system much more strongly than any other object,” Tom James said. “The fact that faces are so special causes our brains to change over time through experience and learn how to cope with this special stimulus through development. ”

Because we typically develop an expertise in face recognition that exceeds that of any other object, it is nearly impossible to show how the system might work similarly for other objects, especially in adults in whom facial recognition is so highly developed compared to other areas of expertise. Previous studies have come close to showing that adult expertise in dogs or birds for dog show judges or birdwatchers, for example, activates the same area of the brain as faces, but the results are not strong enough to conclusively support one or the other theory.

In the children encountered at the Pokemon club, Karin and Tom James saw a unique opportunity. Not only are their brains less developed with respect to facial recognition, but the degree to which these children have studied the Pokemon cards gives them a level of expertise comparable to expertise that as children they have with faces. The level of interest, in fact, reflects a quality Tom James refers to as an Extremely Intense Interest, or EII, which occurs in 30 percent of the child population. Children with EIIs show a level of interest, bordering on obsession, in a particular class of objects for a limited time.

The combination of their less developed face-processing systems and an EII made the children well suited for testing the theory of a more generalized system that processes faces and other objects of expertise that have highly individual identities.

POKEMON IN THE SCANNER

The study recruited 23 children, 10 in the group of Pokemon experts, 13 in a group of non-experts or controls. Each child looked at faces, Pokemon cards with characters and those with objects, as well as Digimon cards, while in an fMRI scanner. Of the Pokemon cards, the characters are the ones that children engage with the most and that take on a particular identity. None of the children were experts in Digimon.

“If all this experience they have with the Pokemon characters is really changing the children’s brains, then we should see brain signals in the experts that are closer to the brain signals we see with faces,” Tom James said.

The results decisively support this hypothesis. The experts show a strong response to the Pokemon characters in areas of the brain that respond to faces and the novices don’t. Likewise, experts respond more strongly to Pokemon character cards than object cards, while controls showed little difference between the two.

“Those two findings are the main thrust of the argument and make it very compelling as a case for expertise over face specificity,” Tom James said. “That this region of the brain that processes faces is sensitive to the amount of experience you have with a particular stimulus is evidence for the expertise hypothesis.”

(Source: Eurekalert) The study, “Expert individuation of objects increases activation in the fusiform face area of children,” is in press at the journal NeuroImage and can be viewed online. It was conducted with equal contribution by Tom James and Karin Harman James, both with the Cognitive Science Program at IU Bloomington and its Program in Neuroscience.

It was supported by the Indiana METACyt Initiative of Indiana University; a major grant from Lilly Endowment Inc.; and by the IU Bloomington College of Arts and Sciences.

Next Story:
Life of Pi: Review