Ernst Schafer and his expedition of SS members must have believed they’d hit the quasi-spiritual cosmic jackpot when they discovered the Iron Man statue to the god Vaisravana in 1938. Particularly considering that the figure has a swastika carved on its chest. 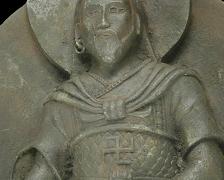 Magic powers. It MUST have magic powers! Ancient Buddhist Statue! Stolen by Nazis! Made of Meteorite!

Ernst Schafer and his expedition of SS members must have believed they’d hit the quasi-spiritual cosmic jackpot when they discovered the Iron Man statue to the god Vaisravana in 1938. Particularly considering that the figure has a swastika carved on its chest. 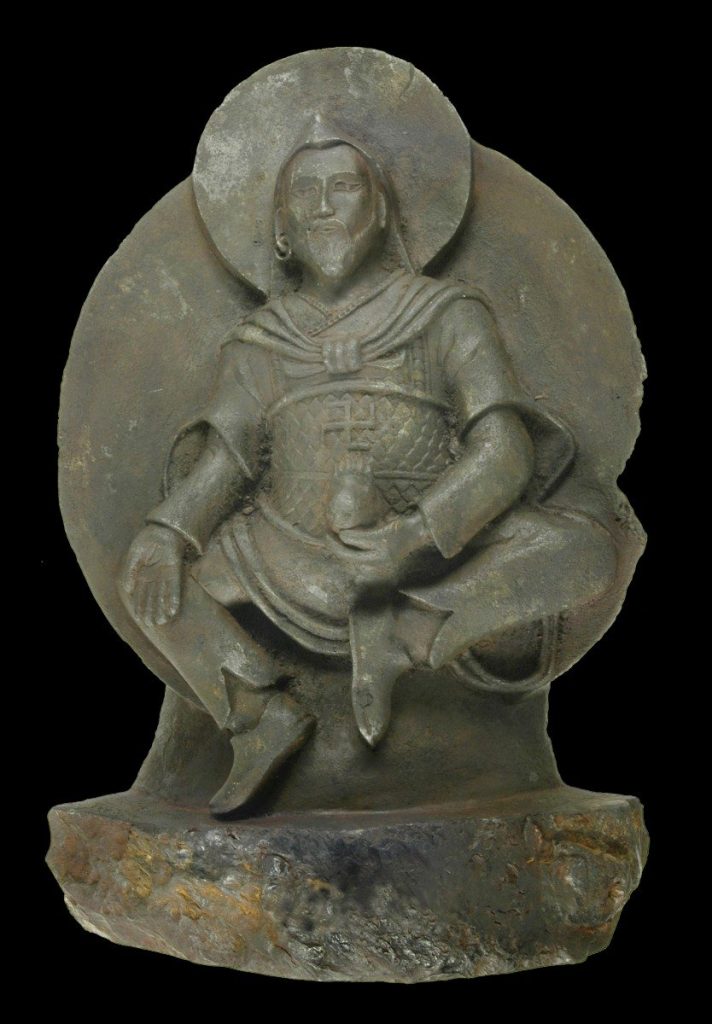 Convinced that the roots of the Aryan race could be found in Tibet, Heinrich Himmler sent Schaefer into the region in the late 30s, as part of a wide-ranging Nazi campaign to seize historical artefacts considered to have spiritual power. The plots of the Indiana Jones franchise have a degree of truth to their origins. That the ten kilogram statue found featured a swastika motif was no accident – the Nazi party chose the ancient Indian icon as their symbol to reflect those Aryan roots so dear to Adolf Hitler’s self-invented origins.

This week’s findings, published in Meteoritics and Planetary Science, that the statue was carved from a rare ataxite class of meteorite, were unexpected. Had they been known to the Nazi high command, a group whose superstitious nature was a central facet of its political decisions, it is very unlikely that the figurine would have languished, as it did, in a private collection until it was auctioned in 2007.

A team led by Dr Elmar Buchner at Stuttgart University recently studied the origins of the statue and found it to be carved from a rare class of iron meteorite with high contents of nickel.

“The statue was chiseled from a fragment of the Chinga meteorite which crashed into the border areas between Mongolia and Siberia about 15,000 years ago,” said Dr Buchner. “While the first debris was officially discovered in 1913 by gold prospectors, we believe that this individual meteorite fragment was collected many centuries before.”

“The Iron Man statue is the only known illustration of a human figure to be carved into a meteorite, which means we have nothing to compare it to when assessing value,” concluded Dr Buchner. “Its origins alone may value it at $20,000; however, if our estimation of its age is correct and it is nearly a thousand years old it could be invaluable.”