A demanding listen, this cult album seeks to push boundaries and shows that the band is dedicated to their own, distinctive modus operandi. 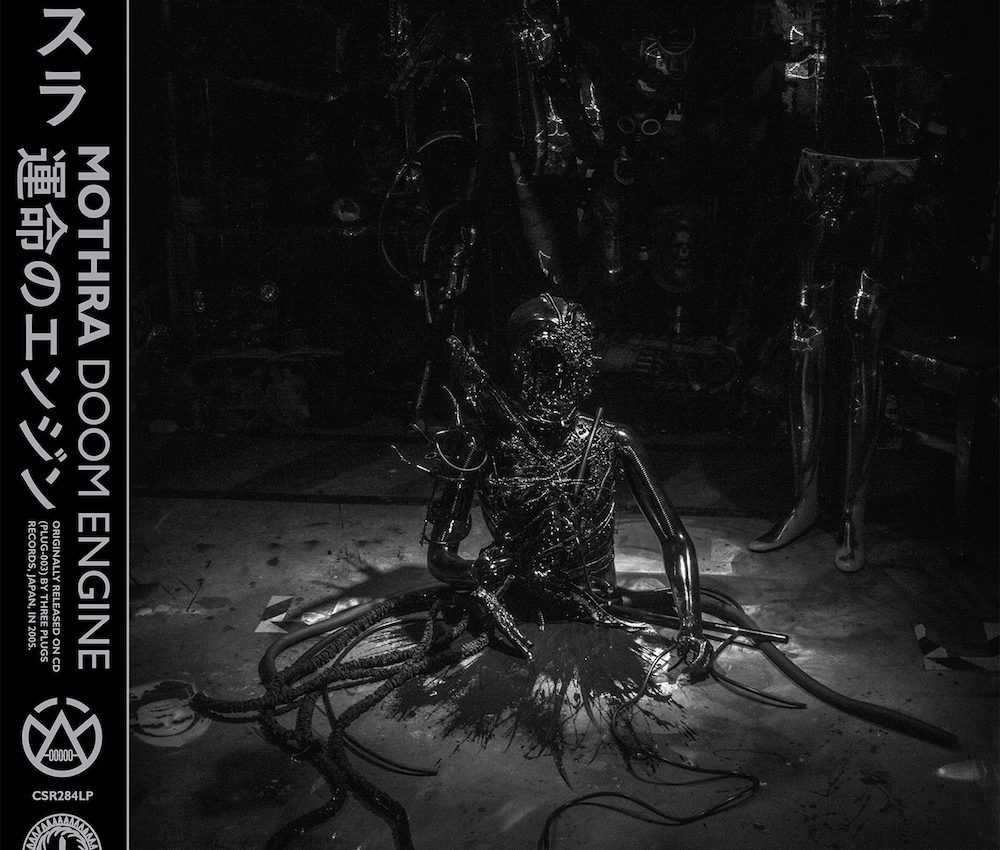 [dropcap style=”font-size:100px;color:#992211;”]B[/dropcap]y definition, Japanese doom/noise project Mothra are not easy listening.Taking inspiration from the likes of early Einstürzende Neubauten and Merzbow and then blending this focus on noise and drone with elements of doom metal, they do what they do very well — it’s just that Doom Engine (2005) isn’t the sort of thing you’d throw on to unwind.

It’s a harsh, discordant recording through and through, put together using a lot of non-standard instrumentation. Alongside the usual drums and guitars, Mothra utilises things like gas tanks, junk metal and iron plates; it has a kind of dystopian feel to it, like the soundtrack to the end of civilisation. Perhaps more so now than on its original release.

The first two tracks are probably the closest to pure noise. The first, “Great God Wind”, is a fair introduction to what follows, full of distortion and reverb with an intro which calls to mind Leech Woman’s “TK421”. The wall of noise gives way midway through to a bass line which changes the track completely, moving a lot closer to relatively recognisable melody. The hammering resumes, though: track two, “Shit Microphone Scream” — Japanese bands have a knack for coining extraordinary titles in English — is increasingly shrill and the vocals soon come to match the high-pitched components. The overall effect is quite disconcerting, but it’s interesting because it’s challenging and doesn’t fulfil expectations.

The rest of the album, whilst not at all a standard-issue doom album, is somewhat more accessible. “Man-Mai Bastard” reverts to recognisable guitar melodies, undercutting the industrial sounds which accompany this, sounding almost psychedelic in places. The finest track on the album, “Death Black Square”, makes use of more precise percussion sounds and cleaner vocals; it’s ominous, slow and steady, giving way to “1/495.5 Mensch”, which has a similar vibe as before. The final track, “Space Doom Engine”, showcases the band’s approach perfectly: it’s a morose instrumental piece, starting off with more of the psychedelic sound but getting increasingly noisy, upping the reverb once again.

Doom Engine is a demanding listen because it doesn’t settle well in any particular genre, and some of the loudest, most ear-splitting elements of ‘Japanoise’ are by default not designed to sound pleasant. But it’s definitely creative; it seeks to push boundaries and shows that the band is dedicated to their own, distinctive modus operandi. It’s fair to say that Japanese bands often tend to take up a musical idea and then wholeheartedly run with it, transforming it in the process, and Mothra are no exception. If you have a taste for unconventional, provocative noise projects then definitely check this out.

Doom Engine is available on vinyl for the first time via Cold Spring from 21 August. Buy it here.