Did You Guess the Winners of Global Warming?

It the damned things can survive nuclear radiation, zombie apocalypse and the flapping panicked impact of a hastily-removed flip-flop, you can be sure a little bit of climate change won’t slow them.

In the drive to survive changing climates, larger herbivores may fare slightly better than their smaller competitors, according to new research from the National Institute for Mathematical and Biological Synthesis and the Yale School of Forestry and Environmental Studies.

Scientists have generally expected animals to get smaller as the planet warms, as research on the interactions in food webs has focused mainly on the effects of temperature. But the new study accounts for more climate variables, not just temperature, that could come into play, including 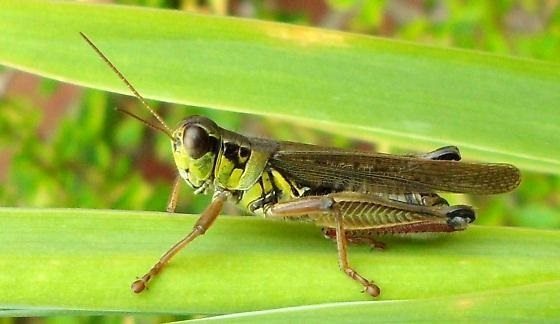 The key factor appears to be plant quality.

In the study published in the journal American Naturalist, researchers developed a model based on food web interactions among plants, grasshoppers, and spiders exposed to multiple changing climate variables. The variables interact and influence plant nutritional quality, which in turn affects the herbivorous grasshoppers and the shared predator–the spiders.

The model shows that climate change that significantly decreases plant quality grants a competitive advantage to larger invertebrate herbivores, such as grasshoppers, ants and other insects, which are able to convert the foliage to energy more efficiently than smaller herbivores.

Temperature and moisture rather than atmospheric carbon dioxide appear to have the most influence.

The results suggest that climate change could predict increased body sizes in some cases.

“Global climate change involves not just a warming planet, but also increased atmospheric CO2 concentrations and changes in rainfall,” said lead author Lauren Smith-Ramesh, a postdoctoral fellow at NIMBioS. “All these factors should be taken into account when making predictions about how animal size will respond.”