“Every Song was a Little World in Itself” 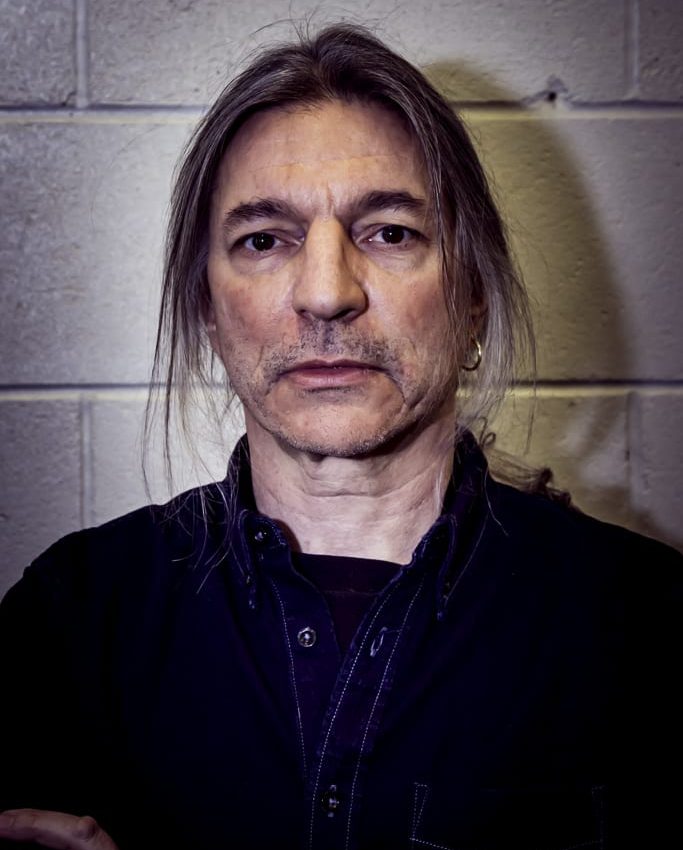 [dropcap style=”font-size:100px; color:#992211;”]T[/dropcap]he Young Gods’ Franz Triechler breaks down the band’s history and his approach to making sample based music.

Prior to their riotous 2019 London show Trebuchet caught up with the frontman of seminal industrial band The Young Gods to get deep on where the band have journeyed to over the years and what keeps them exploring new music despite a resurgence in the ‘old sound’.

How do you see the history of the Young Gods as a recording unit? 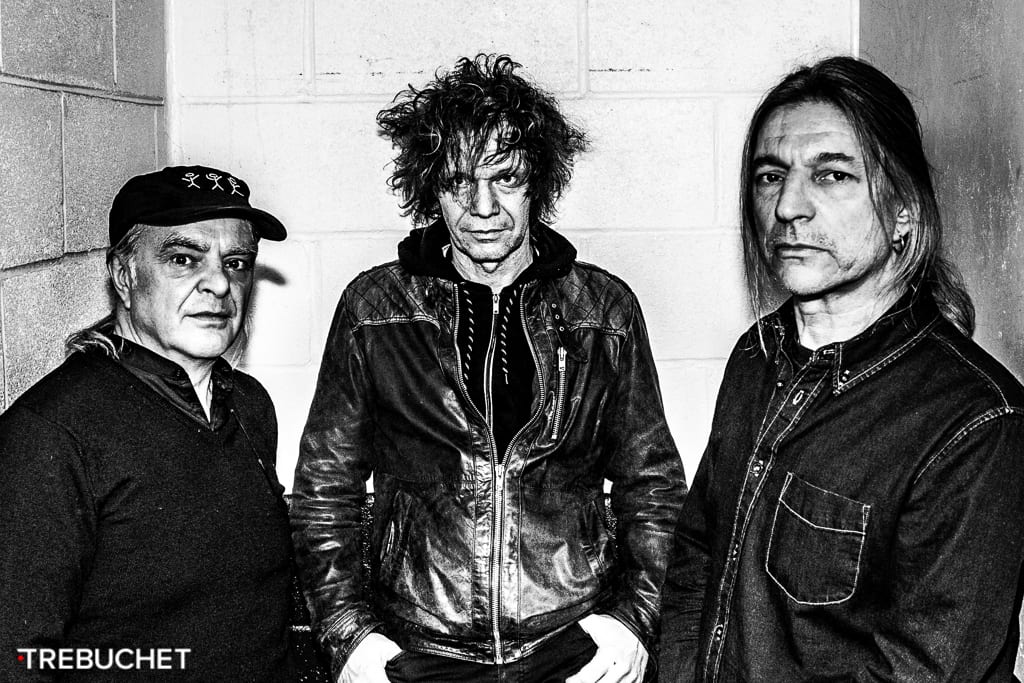 After Only Heaven, we toured a year-and-a-half until the end of 1996. Then our drummer left, and for Al and me it was kind of a sign, because we were on an American label [Interscope] at the time. We were in trouble with PIAS at the time, so we were happy to be with Interscope. The relationship didn’t last very long, because when we gave them Only Heaven, they thought it was too European.

They were expecting a T.V. Sky version two. I asked them, what do you mean, but they couldn’t answer. Too arty, I don’t know? They said they were going to work on it and did a great job. But then, when I came with the ambient record that followed, Heaven Deconstruction, they were like, we don’t know how to work with that, why don’t you do this with an alternative label and come back to us when you have a rock record.

A couple of months after that was the time of joint ventures, with big companies buying other companies. Interscope got bought by Warner, Warner got bought by Time, and AOL bought Time Warner. Every time there was one of these mergers, they were getting rid of bands that weren’t selling. End of the 90s, we were out. But we took it as an opportunity to think about all this corporate business, and because we had trouble with Play It Again Sam, we decided to go away from corporate business for a while and we released Second Nature on our manager, which turned out to be a very bad idea. The guy had too many hats and couldn’t handle it any more.

They were expecting a
T.V. Sky version two.

So 2003–2004 we found ourselves without a manager or record company, and it took us two years to figure it out. Meanwhile we had a new drummer, very creative, and in 2005 we started putting the gas on again. We released a 20 years compilation, we did this show with Lausanne Sinfonietta, all that stuff. We played live with the first Woodstock documentary. So we just did everything we weren’t allowed to do. We cut it, we played on top, we sampled it, we played with Alvin Lee and Santana together. It was almost a dada project. That’s why we didn’t tour the States with it. [laughs] 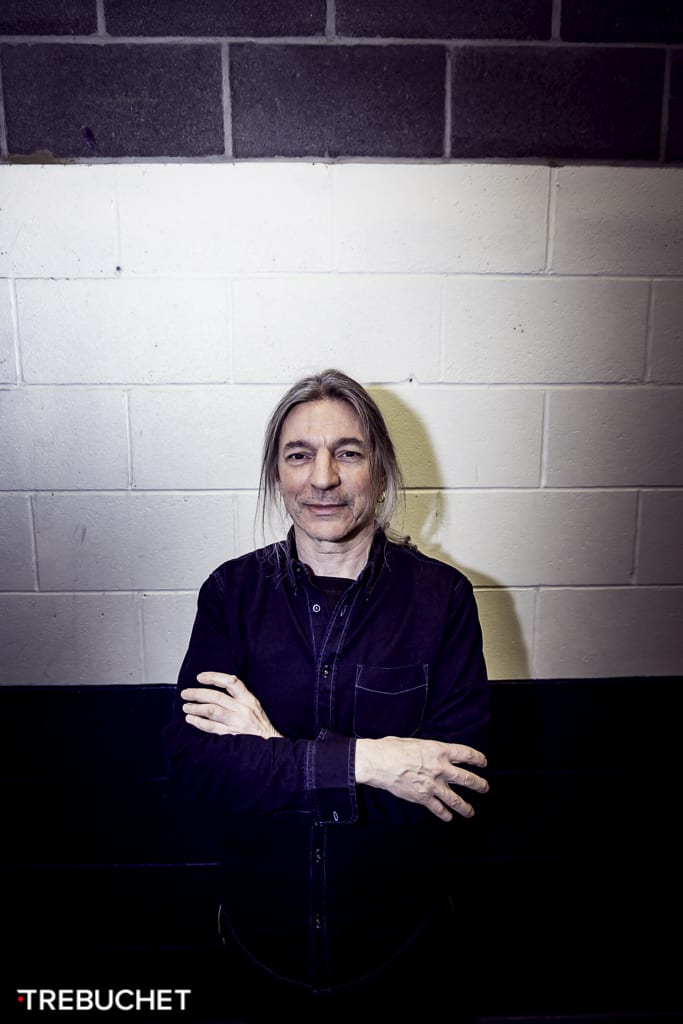 You initially came out well before that 1990 period.

We started in ’85. That was our first show. Einstürzende Neubauten, we were younger than them, so they influenced us for sure. But we were more radical. The use of the sampler was radical, but for us it was more drums, samples and vocals, so it was maybe more rockish. So we didn’t consider ourselves industrial, but we were doing okay to be associated with that scene. It was a scene that was very creative.

At the time Ministry were also using a sampler to reconfigure rock ’n’ roll, which was what drew us to your music. You understood rock in a way those guys with guitars couldn’t, because you broke it down.

Yeah. I was also fascinated by The Stooges on guitar (especially Fun House). That was where I come from, the 70s, the rock stuff but you put in a shaker with a bit of punk.

I want to give positive energy to people, even if it’s violent

Coming out of “Gasoline Man” and into Only Heaven, having used a sampler to reconfigure the guitar sound, it made sense to move into ambient. How did you go from that and still keep it The Young Gods? Was it a spiritual thing?

It’s the fascination of sampling stuff. When the sampler came up in an affordable way, I was really fascinated, because you could do all this you couldn’t do before. Mix classical music, noise, ambient, guitars, metal, into whatever you want. There was the element of surprise in it for the listener, but for us as well. Every song was a little world in itself, and you’d look for the audience when you watch the band, who didn’t know what was next. You were in a state of receptivity. Very different from when you see a guitar.

So that was the thing. And we played with this element of surprise until T.V. Sky, so the first three records, mixing opera and cabaret with violin. But then we wanted to have some kind of unity of sound, so little by little, also the sampling technique became a formula for us. We wanted to investigate new ways to create sounds and do our own sounds, and not only take from others, go further. Computers were getting much more flexible in synthesis and treatment. I think the thread was the fascination. 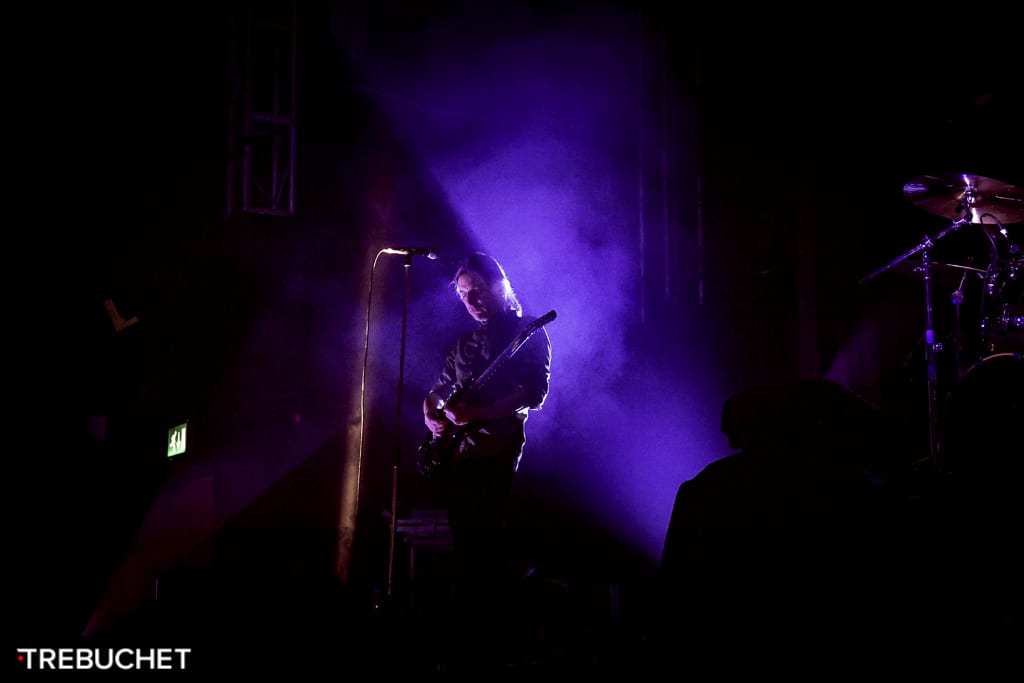 The length of the samples ironically got shorter as you started to use fewer large chunks and you could synthesise them doing different things.

Yes. I was fascinated by working with a frame and trying to do as much as we can with three, four sounds in one song. They worked very well. Now it’s different. Now it’s a synthesis of everything we’ve been doing. We don’t ask ourselves questions so much. After 2011 we were trying a guy called Vincent on guitar, bass and synthesiser. After the tour, the band split in two; there was the drummer, Bernard, me staying, and Al and Vincent leaving.

Al’s gone since 2012. He went to India and started learning sitar. Now he’s mixing sitar with electronic music and it’s really interesting. I found myself with Bernard asking, what do we do? We didn’t want to hire a professional musician. Music is always about the relationship with people; if you want to make good music, the alchemy of the band is what’s happening with the people and their interaction.

we didn’t consider ourselves industrial,
but we were doing okay to be associated with that scene

So at that time, Cesare Pizzi lost his job and we asked him if he wanted to come back and tour the first two records with us. We did this for a year, and after this we decided we really had to do new music. We accepted a residency at Off Festival. They have about 10 different wine caves with gravel on the floor, 80 people maximum. We didn’t call it Young Gods, because we just wanted to play new stuff and experiment on stage to kick our ass. We took everything we had, so it was a big lab, and we jammed. We recorded everything. It was five nights, jazz style every night, we had three sets. So we accumulated a lot of ideas. After the festival we decided to listen to the best ideas and framed it in more song format, and that became the last record. A different process.

With songs like “T.V. Sky” and “Kissing the Sun”, there is an elevated, spiritual element.

I agree. That’s probably because of me, because of the lyrics. There’s something about that, there still is, in a different way. I’m an older man. I deliver it in a different way. It’s not as urgent. It’s not that I was angry before, but it was delivered in a very urgent manner. There was quite a bit of violence in the universe, and I make a big difference between violence and aggression. It’s very different for me.

Violence can kick your ass and give you good positive energy, aggression is going to knock you down. My ideas always need to share an energy. I want to give positive energy to people, even if it’s violent, because I need it myself. It gave me the pressure to make music and not complain about everything and do something. So maybe that’s what you call elevation. It’s important to believe in this, especially nowadays, when people are thinking about the rise of capitalism, gentrification, economic warfare. It’s still good not to accept. In French we say to lower your arms because of the weight of the world on your shoulders. There’s a bit of that in Young Gods.