Are You Gettin’ It? The Effects of Frequent Sex (with your partner) on Relationships

Does frequent sex lead to better relationships? Depends on how you ask

[dropcap style=”font-size:100px; color:#992211;”]F[/dropcap]requent sex and relationship health – the correlation? Is there one?

In the tl;dr nutshell version: getting loads of nookie doesn’t have any major influence on whether your relationship will work well or not, however, it may have an effect on whether your partner likes you or not.

Apparently, it also depends on how you ask.

Trebuchet strongly recommends the Joe Elliot method of bouffing up the mullet, pulling on a pair of acidwash denim shorts, leaping onto the bed and yelling ‘ARMAGEDDON IT?!’

Doesn’t work for getting your end away, but great fun nonetheless.

Newlywed couples who have a lot of sex don’t report being any more satisfied with their relationships than those who have sex less often, but their automatic behavioral responses tell a different story, according to new research published in Psychological Science, a journal of the Association for Psychological Science.

“We found that the frequency with which couples have sex has no influence on whether or not they report being happy with their relationship, but their sexual frequency does influence their more spontaneous, automatic, gut-level feelings about their partners,” says psychological scientist Lindsey L. Hicks of Florida State University, lead author on the research.

“This is important in light of research from my colleagues demonstrating that these automatic attitudes ultimately predict whether couples end up becoming dissatisfied with their relationship.”

From an evolutionary standpoint, frequent sex confers several benefits, improving chances of conception and helping bond partners together in relationships that facilitate child-rearing. But when researchers explicitly ask couples about their relationship satisfaction, they typically don’t find any association between satisfaction and frequency of sex.

“We thought these inconsistencies may stem from the influence of deliberate reasoning and biased beliefs regarding the sometimes taboo topic of sex,” explains Hicks. 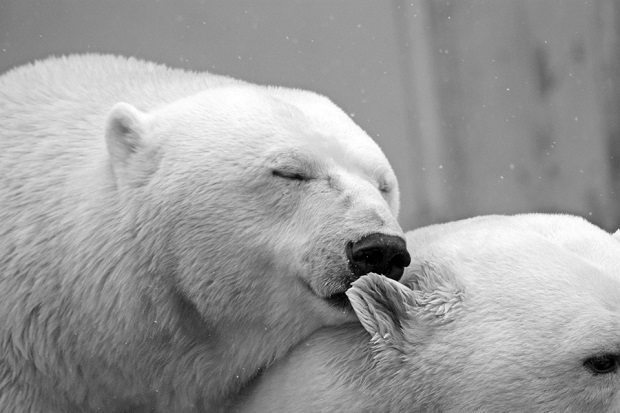 Because our gut-level, automatic attitudes don’t require conscious deliberation, Hicks and colleagues hypothesized, they might tap into implicit perceptions or associations that we aren’t aware of. The researchers decided to tackle the question again, assessing partners’ relationship satisfaction using both standard self-report measures and automatic behavioral measures.

In the first study, 216 newlyweds completed survey-style measures of relationship satisfaction. Participants rated various qualities of their marriage (e.g., bad-good, dissatisfied-satisfied, unpleasant-pleasant); the extent to which they agreed with different statements (e.g., “We have a good marriage”); and their overall feelings of satisfaction with their partner, their relationship with their partner, and their marriage.

Then, they completed a computer classification task: A word appeared on-screen and they had to press a specific key to indicate whether the word was positive or negative. Before the word appeared, a photo of their partners popped up for 300 ms.

The rationale behind this kind of implicit measure is that participants’ response times indicate how strongly two items are associated at an automatic level. The faster the response time, the stronger the association between the partner and the word that appeared. Responding more slowly to negative words than to positive words that followed the picture of the partner would signify generally positive implicit attitudes toward the partner.

The researchers also asked each partner in the couple to estimate how many times they had had sex in the last four months.

Just as in previous studies, Hicks and colleagues found no association between frequency of sex and self-reported relationship satisfaction.

Importantly, this finding held for both men and women. And a longitudinal study that tracked 112 newlyweds indicated that frequency of sex was in fact linked with changes in participants’ automatic relationship attitudes over time.

“Our findings suggest that we’re capturing different types of evaluations when we measure explicit and automatic evaluations of a partner or relationship,” says Hicks. “Deep down, some people feel unhappy with their partner but they don’t readily admit it to us, or perhaps even themselves.”

The researchers note that participants’ reports of how often they remember having sex may not be the most precise measure of sexual frequency. And it remains to be seen whether the findings are applicable to all couples or specific to newly married couples like those they studied.

Taken together, the findings drive home the point that asking someone about their feelings or attitudes isn’t the only way to measure how they feel.

“These studies illustrate that some of our experiences, which can be either positive or negative, affect our relationship evaluations whether we know it or not,” Hicks concludes.

Previous Story:
In, Out, Shake it All About. What Politicians Forget About a Unified Europe