The Other One Percent. What Refugees Really Cost

The fiscal impact of refugees in Sweden

Sweden publishes the first in-depth study of the cost of refugees on their national budget, and the statistics may be useful for silencing any bigots you come across over the Christmas period.

The world currently has more refugees and internally displaced persons than it has had since World War II. Since late summer 2015 massive numbers of refugees from countries like Syria, Iraq, and Afghanistan have streamed into Europe–with policymakers often in disagreement and disarray over how to react. The readiness of many wealthy countries to provide asylum to these refugees is waning. Security is a recent concern but a major underlying reason is the perceived financial burden that would result from larger intakes.

But what, in reality, is the economic impact of these new arrivals? A new study examines the case of Sweden, the country with the largest number of refugees per capita. (If all 15 pre-2004 EU members had the same rates of refugee immigration per capita as Sweden from 2005-2014, the totals in these countries would have been 5.9 million instead of 740,000.)

The study finds that the net fiscal redistribution from the non-refugee population to refugees in 2007 corresponded to 1.0 percent of Swedish GDP in that year. Four-fifths of the redistribution is due to lower public per capita revenues from refugees compared with the total population, and one-fifth to higher per capita public costs. 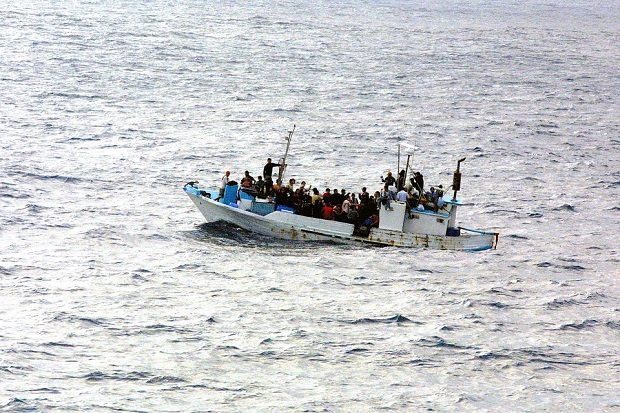 This research offers the first estimate of the fiscal redistribution specifically to refugee immigrants in any Western country.

“The fiscal redistribution to the refugee population in Sweden is fairly sizeable,” said Dr. Joakim Ruist, the paper’s author. “At the same time it is not a cost that is difficult for the country to bear. Hence it is clear that other Western European countries, whose per-capita refugee intakes until this point have only been around one-tenth of the Swedish intake, could substantially increase their intakes without in any way endangering their welfare systems.”

The lower public revenues from refugees are a direct result of their lower employment rate; this was 20 percentage points lower among adult refugees than among all other adults. Thus a clear takeaway from this research is that policies should focus on integrating refugees into the labor market as quickly as possible.