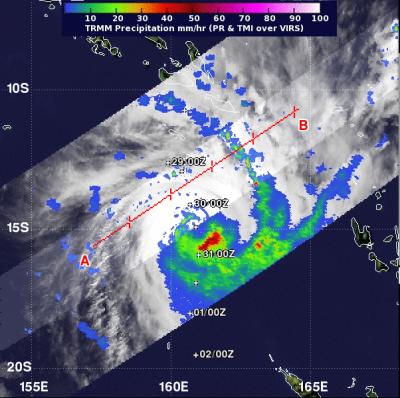 Thank god and keep cleaning, although the thought of mobile deathgas-emitting robots is just plain creepy.

Infection control experts at The Johns Hopkins Hospital have found that a combination of robot-like devices that disperse a bleaching agent into the air and then detoxify the disinfecting chemical are highly effective at killing and preventing the spread of multiple-drug-resistant bacteria, or so-called hospital superbugs.

A study report on the use of hydrogen peroxide vaporizers — first deployed in several Singapore hospitals during the 2002 outbreak of severe acute respiratory syndrome, or SARS, and later stocked by several U.S. government agencies in case of an anthrax attack – is to be published Jan. 1 in the journal Clinical Infectious Diseases.

In the study, the Johns Hopkins team placed the devices in single hospital rooms after routine cleaning to disperse a thin film of the bleaching hydrogen peroxide across all exposed hospital equipment surfaces, as well as on room floors and walls. Results showed that the enhanced cleaning reduced by 64 percent the number of patients who later became contaminated with any of the most common drug-resistant organisms. Moreover, researchers found that protection from infection was conferred on patients regardless of whether the previous room occupant was infected with drug-resistant bacteria or not.

“Hydrogen peroxide vapor, as spread around patients’ rooms by these devices, represents a major technological advance in preventing the spread of dangerous bacteria inside hospitals and, especially, from one patient occupant to the next, even though sick patients were never in the same room at the same time,” says infectious disease specialist and study senior investigator Trish Perl, M.D., M.Sc.

Of special note, researchers say, was that enhanced cleaning with the vapor reduced by 80 percent a patient’s chances of becoming colonized by a particularly aggressive and hard-to-treat bacterium, vancomycin-resistant enterococci (VRE).

In what is believed to be the first head-to-head comparison between traditional hand-cleaning and mopping with bleaching agents and robotic vaporizers, researchers routinely tested patients and their surroundings not only for VRE, but also for the more common methicillin-resistant Staphylococcus aureus, or MRSA, and lesser-known bacteria, including Clostridium difficile and Acinetobacter baumannii.

Some 6,350 patient admissions to JHH were closely tracked as part of the two-and-a-half-year analysis, as patients moved into and out of 180 private hospital rooms. Almost half the rooms received enhanced cleaning with hydrogen peroxide vapor in between patients, while the rest did not. Overall, multiple-drug-resistant organisms were found on room surfaces in 21 percent of rooms tested, but mostly in rooms that did not undergo enhanced cleaning.

Perl says that patients bringing in or picking up drug-resistant organisms while undergoing treatment in hospitals is a persistent and growing problem, and previous research has shown that patients who stay in a hospital room previously occupied by an infected patient are at greater risk of becoming infected.

“Our study results are evidence that technological solutions, when combined with standard cleaning, can effectively and systematically decontaminate patients’ rooms and augment other behavioral practices, such as strict hospital staff compliance with hand-washing and bathing patients in disinfecting chlorhexidine when they are first admitted to the hospital,” says Perl, senior hospital epidemiologist for the Johns Hopkins Health System and a professor at the Johns Hopkins University School of Medicine.

“Our goal is to improve all hospital infection control practices, including cleaning and disinfection, as well as behavioral and environmental practices, to the point where preventing the spread of these multiple-drug-resistant organisms also minimizes the chances of patients becoming infected and improves their chances of recovery,” says Perl.

The paired robot-like devices, each about the size of a washing machine and weighing nearly 60 pounds, as well as supplies used in the study, were provided by their manufacturer, Bioquell Inc. of Horsham, Pa.

After the room has been cleaned, the vents are covered and the two devices are placed inside. The sliding door is closed, and the room is sealed. Then, the larger of the two devices disperses hydrogen peroxide into the room, leaving a very tiny, almost invisible layer (only 2 microns to 6 microns in thickness) on all exposed surfaces, including keyboards and monitors, as well as tables and chairs. 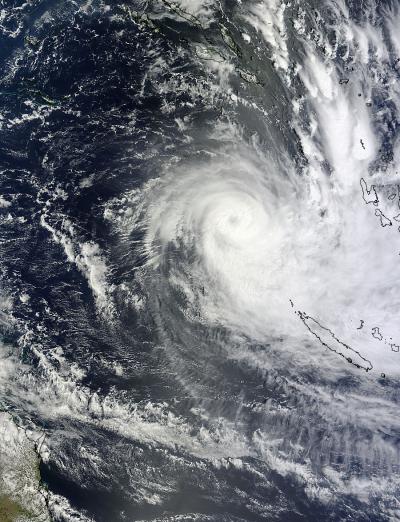 Because hydrogen peroxide can be toxic to humans if ingested or corrosive if left on the skin for too long, the second, smaller device is activated to break down the bleach into its component water and oxygen parts. The combined operation takes the devices about an hour and a half to complete.

“What is so exciting about this new method of infection control is that the devices are easy to use and hospital staff embrace it very quickly,” says surgeon and study co-investigator Pamela Lipsett, M.D., M.H.P.E. Lipsett, a professor and director of surgical and critical care fellowship training at Johns Hopkins, says that during the study and before room cleanings, staff were “wheeling in” other pieces of equipment so these, too, could be decontaminated by the hydrogen peroxide vapor.

As a result of the study and the researchers’ recommendation, JHH has purchased two of the Bioquell decontaminating units, which cost more than $40,000 per pair. The devices, already in use at some 20 other hospitals across the country, will be used at Johns Hopkins to decontaminate rooms typically housing high-risk patients under strict isolation precautions because of severe infection with a multiple-drug-resistant organism.

Researchers say they next plan to study the devices’ effectiveness at decontaminating the outside packaging of unused but potentially exposed hospital supplies, which are typically discarded even though their seals remain intact. The research team also wants to coordinate study testing among other hospitals to validate their Johns Hopkins findings. Larger and longer studies may also be planned, to precisely measure and determine how well the devices work against the spread of each hospital superbug. The current study had only sufficient numbers to statistically validate the paired unit’s effectiveness against VRE.

Image 1: NASA’s TRMM satellite passed over Cyclone Freda on Dec. 30 at 5:04 a.m. EST and saw the heaviest rainfall was southeast of the center falling at a rate of 2 inches/50 mm per hour (red). TRMM data showed a 10 nautical-mile-wide eye in Freda’s center. Credit: NASA/SSAI, Hal Pierce

For additional information, please go to: