In, Out, Shake it All About. What Politicians Forget About a Unified Europe (Part Three)

Beyond nationalism, economics and finance, there are sound reasons for a unified Europe. Its bloody history among them. Essay

[dropcap style=”font-size:100px; color:#992211;”]D[/dropcap]o we really want to step backwards into a less rich and less varied history where we only stick to our own?

For example, what happened in Germany during the Second World War is not simply a German problem. Pretending it was is as useful as erasing from one’s memory a previous error. This, while bringing some short term comfort, means we are vulnerable to repetition of those errors. Why should my British identity and pride not be compatible with a European identity taking pride in the enlightenment and values of love, freedom and reason? There is little nobility in choosing to remain in Europe for financial benefit or, for that matter, leaving because of financial benefit; the world is not a business!

Winston Churchill, that much-evoked national figure, knew all too well that after empire Britain needed Europe. Commenting after his frustrations at Yalta on how he felt second place to the big nations of the USSR and the USA, it is no coincidence that he was in favour of Europe. Not just to avoid war in this instance, but also to preserve a European identity, a fellowship of little nations. We won’t need to like each other all the time, he posited, but we will need to co-operate.

European society, with all its bloody and jaded history, is worth playing against the globalised business cosmology of people like the character Arthur Jensen, or politicians in the mold of Margaret Thatcher. Why should we leave that job to America or China or Russia? Europe is a problem, a necessary one and if our values are to survive so as to go on evolving we will need each other. I don’t want my ‘every boredom amused’, I want my bloody history and all the arguments and disagreements that come with such a varied and rich culture concentrated on one continent.

Though I speak with the tongues of angels,
If I have not love…
My words would resound with but a tinkling cymbal.
And though I have the gift of prophesy…
And understand all mysteries…
and all knowledge…
And though I have all faith
So that I could remove mountains,
If I have not love…
I am nothing.
Love is patient, full of goodness;
Love tolerates all things,
Aspires to all things,
Love never dies,
while the prophecies shall be done away,
tongues shall be silenced,
knowledge shall fade…
thus then shall linger only
faith, hope, and love…
but the greatest of these…
is love.

Zbigniew Preisner, ‘Song for the Unification of Europe’ [Trois Couleurs Bleu]
(see also the long original version of this poem from The Bible – 1 Corinthians 13) 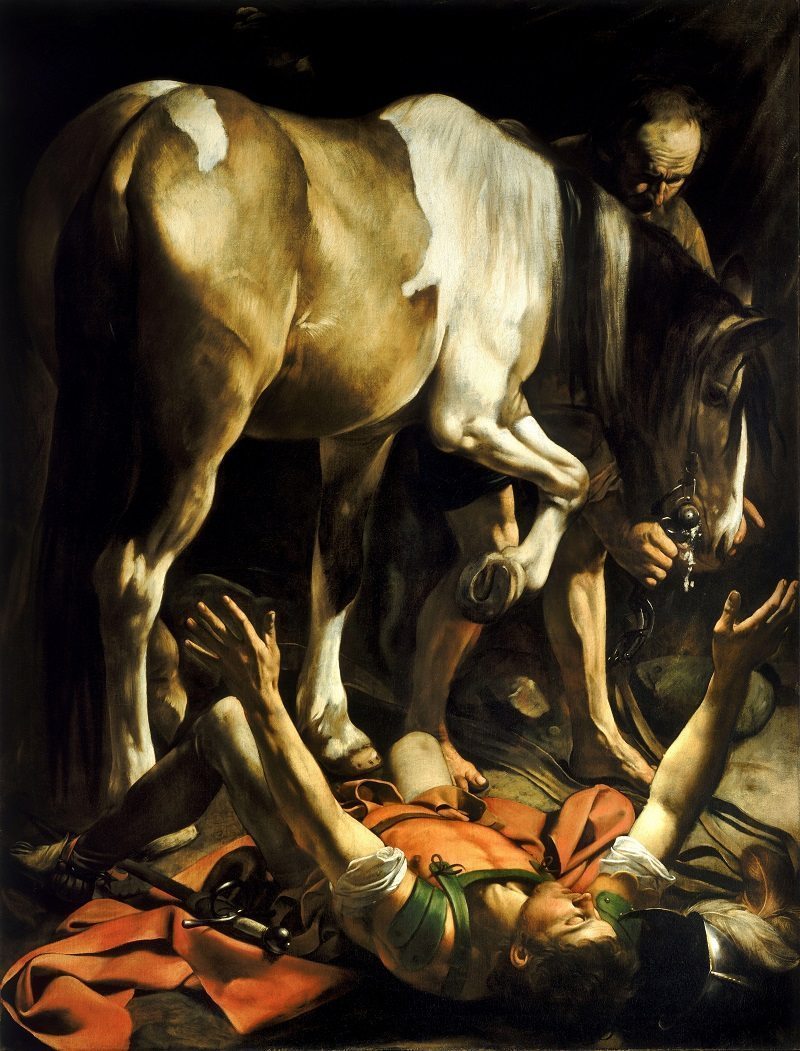 Caravaggio, The Conversion on the Way to Damascus, c.1600-01

This piece of music and its words, drawn from St Paul’s teachings, articulate a dense and ancient set of values which, combined with the insights of the classical world and the ambition of the enlightenment, are European. They are at least as valuable as Americas ‘manifest destiny’ and should be a part of our global future. I don’t believe that nationalism can save these values and I don’t feel we should trust that they will be preserved for us by our bigger world neighbours. I will be voting to remain in Europe and I hope, whatever your leanings, I have given you something other than money or xenophobia to think about in your own decision.

‘while the prophecies shall be done away, tongues shall be silenced, knowledge shall fade…’.

Read more of this essay in Part One ¦ Part Two