Chimps have recently started to boost the minerals in their diet by eating the clay which also helps them ‘detox’ and digest their food. 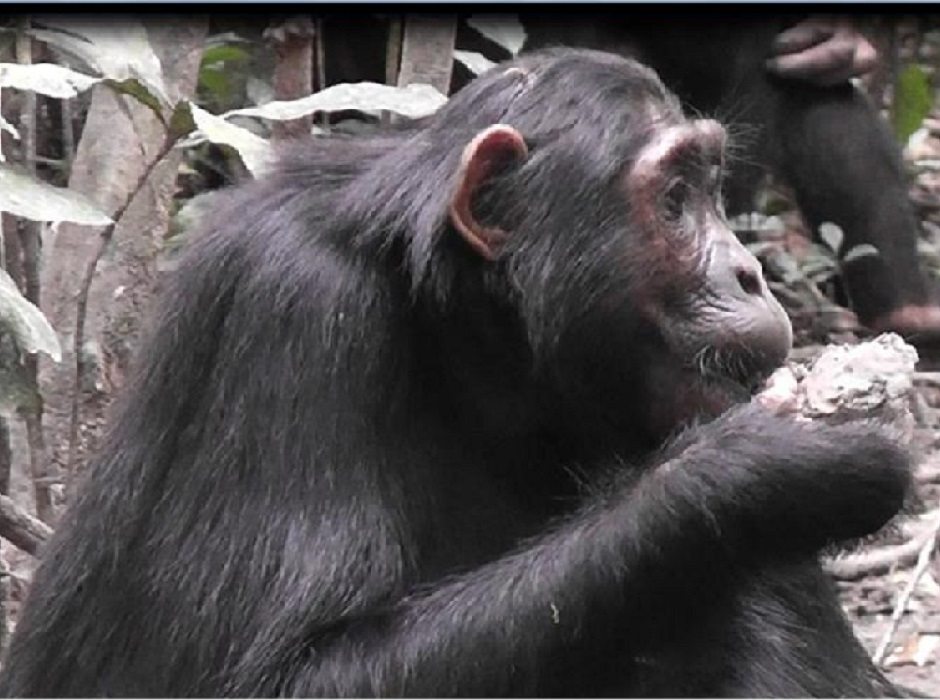 We’re predicting this one to be in the Sunday supplements by the end of the month. Plus, when you’ve finished with the digestive process, you can always fashion some quaintly artisanal rustic tableware with the contents of the loo bowl.

Wild chimpanzees in the forests of Uganda are increasingly eating clay to supplement the minerals in their diet, according to a long-term international study published in the early version of the journal PLOS ONE. The paper led by the University of Oxford describes how the researchers observed wild chimpanzees in the Budongo forest eating and drinking from clay pits and termite mounds. The paper concludes that this change in diet may be partly due to the widespread destruction of raffia palm trees that chimps relied on for their minerals in the past. However, the main reason seems to be the chimps have recently started to boost the minerals in their diet by eating the clay which also helps them ‘detox’ and digest their food.

The research was led by Emeritus Professor of Biological Anthropology at Oxford University, Vernon Reynolds, with a team of researchers from the universities of St Andrews, Brighton, Kent, Neuchatel, and Utrecht. Researchers observed the chimps using leaves like clay ‘sponges’, dipping the leaves in the clay water and returning to their mouths where they squeezed the liquid out with their tongues. They were also seen using their fingers to extract lumps of clay directly from the ground before eating it.

Studies of wild chimpanzees in the Budongo Forest, Western Uganda, have been continuing uninterrupted since 1990, when Professor Reynolds set up the Budongo Conservation Field Station there.

An analysis of the clay and termite soils shows they are very high in a range of minerals, but the clay was particularly high in aluminium – a feature of kaolinite clays eaten by a range of species, including humans, to aid digestion and detoxification. The chimps’

diet, which consists mainly of fruits and leaves, is very high in tannins and the researchers believe that the clay provides an important way for chimpanzees to neutralize these (image right).

It is common practice for local women in Budongo to drink or eat forest clay mixed with water for stomach problems and during pregnancy. Clays, such as kaolinite, also contain sodium, calcium, iron, magnesium and potassium, says the paper, which the Budongo chimps seem to have discovered they can access with their leaf sponges. Accessing the clay with the leaf sponges was also found to provide higher mineral concentrations than taking clay-water or clay directly from the ground.

Before 2000 feeding on raffia palms was commonly observed among the Sonso chimps, but after 2005 it started to decline. Meanwhile, after 2005, clay soil feeding in Budongo seems to have increased, possibly because of the scarcity of raffia-palm trees which are now used in the local tobacco industry with the leaf stems being used for tying and curing tobacco leaves. The decaying pith of these palm trees was previously an important source of minerals for the chimpanzees.

Lead author Professor Reynolds, from Oxford University, said: ‘Raffia is a key source of sodium, but to our surprise the sodium content was very low in the diet so this does not appear to be the main reason for the new clay-bingeing. Instead the wide range of minerals present in their diet suggests that clay is eaten as a general mineral supplement.’

Next Story:
The decadent and defiant paintings of Nick Brown