Sometimes I’ll stumble upon a work that immediately transcends me into another time and place.

“Defiant,” a painting from Nick Brown’s Ice House series, is one such piece that I discovered while thumbing through a recent issue of Fabrik. Not only is Brown’s deconstructed landscape of a wintery forest beautifully composed, but the way in which he handles his medium is indicative of what Artra Curatorial aptly describes as an innate “ability to imbue actions with gravity.”

The drips that flow from Brown’s landscapes don’t just enhance the unceasing presence of movement that circulates through his work, but they exude a ghostly aura that brings to mind the passing of time by simulating the appearance of melting snow, or as expressed by Ellen C. Caldwell for New American Paintings, “mother nature’s slow, yet beautiful decay.”

This is also evident in Brown’s painting entitled “Gloaming,” a more recent work from his ongoing series Ice House. Much like Alice Elliot Dark, who uses the title of her short story, “In the Gloaming,” as a metaphor for the final weeks encountered between a mother and her dying son, Brown uses “the pinkish coloration of the snow [as it] occurs from the light of the sunset reflecting” in his painting as a metaphor for the transience of life. 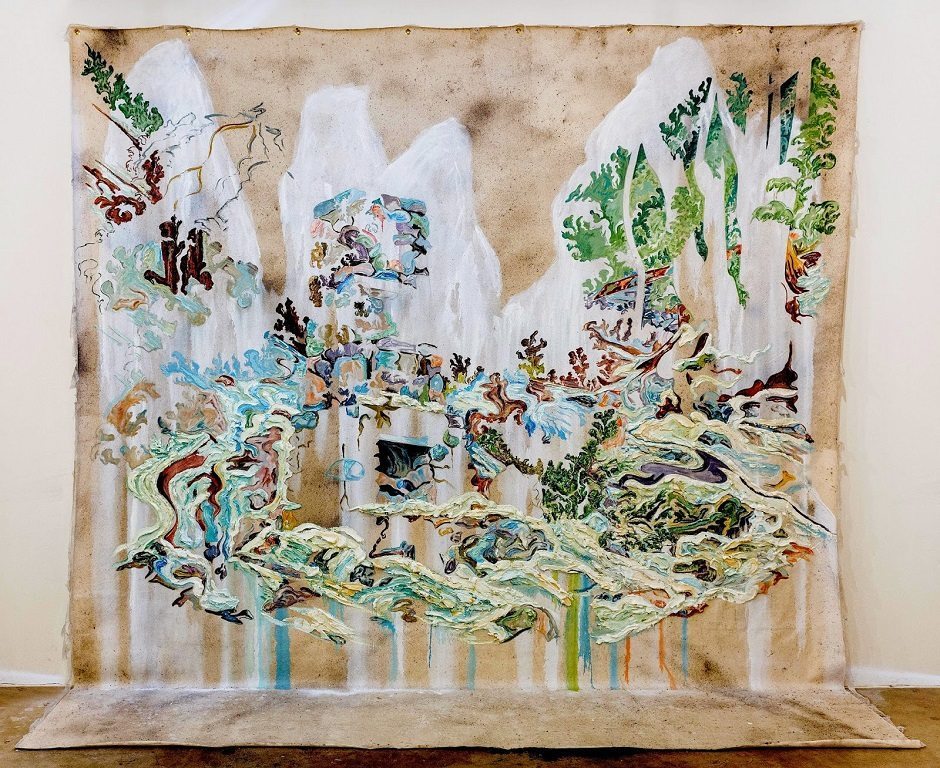 Born in England, Brown currently resides in Los Angeles and teaches in the Department of the Arts for UCLA Extension. His work has been exhibited at numerous galleries and museums nationwide, such as the Museum of Contemporary Art in Chicago (2002), PS 122 in New York (2005), and the Torrance Art Museum (2014, 2015)