Gazpacho is, potentially, a cornerstone of the vegetable juice purge diet, with the rare novelty of actually being delicious. 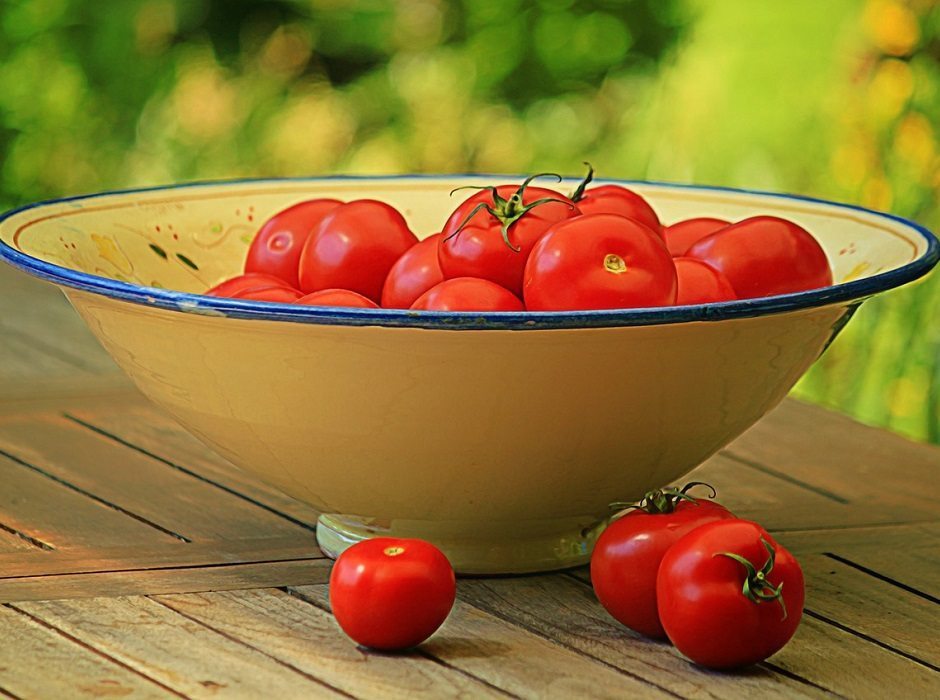 A rehabilitation is underway, with variations cropping up on smart instagram feeds and hotel restaurants. Hotel restaurants, admittedly, of the type whose clientele have seen the best years of their dental health recede along with the oil crisis and three-day week. Smart hotels offer gazpacho in wide-lipped porcelain and without the traditional dice of green pepper, onion and croutons. Those can be difficult to chew, after all.

Nevertheless, it is now August and even in latiudes north of Luton there is a fighting chance of bagging a kilo of tomatoes ripened past their customary pale-orange crunch. If the perennial summer classic seems beyond the abilities of metropolitan brand-new-you’re-retro faddishness to redeem, it might still warrant a re-brand. Gazpacho is, potentially, a cornerstone of the vegetable juice purge diet, with the rare novelty of actually being delicious.

But don’t think of it as a soup. If anything, it’s a vertical salad. Making good gazpacho (and a good gazpacho ranks amongst the tastiest morsels known to humankind) depends upon that distinction. Sure, it all gets whizzed up into a pulp, but that doesn’t mean you can stint on the ingredients. Let’s take them one by one.

Tomatoes. Obviously. A kilo is the minimum needed, and they need to be squishy-ripe. Deep red and rich, the fewer seeds the better. That’s not as simple as it seems though. Farmers’ markets may come up with the goods, greengrocers too, supermarkets are not as bad as they once were. Flavour is the important thing, looks are irrelevant.

First choice should be plum tomatoes, as they’re fleshier. Beef tomatoes are generally too expensive to use in what is essentially a peasant dish, but the eerily spherical moneymaker variety that strains our supermarket shelves should be a last resort. Fruit on the vine isn’t much better, although it does stand a better chance of being ripe.

(A secret: even the most creased and annuated of Spanish matrons will add canned tomatoes to a gazpacho – as much as half the volume.)

Cucumber. Ideally these should be of the short, fat, knobbly kind grown by dads in greenhouses. The longer ‘French’ cucumber will do just fine, but the thick-skinned version favoured by the Spanish has a spongier flesh which blends more readily. One strict rule is that the seeds should be removed and the cucumber peeled. Leaving the seeds in makes for a bitter experience.

How much, how many? That entirely depends on you. The more cucumber, the fresher and zestier the result. The more tomato, the richer. If in doubt, half-and-half is a decent rule of thumb. Gazpacho is a bit like pa

ella in this respect – practically every region of Spain claims it as their own, and each one has a strict list of ingredients and methods. The upshot is that you can vary your recipe as you see fit.

Garlic, pepper, oil, vinegar. Again, up to you how much you want. Raw garlic is a divisive ingredient, and subject to the kind of macho swagger usually only applied to chili peppers. Truth is, too much garlic kills the thing dead, adding an astringent twang that knocks the balance out completely. A small clove per kilo of tomatoes is enough, crushed and chopped.

As for capsicum/pepper, the long, green Italian version is traditional. A hundred grammes diced and thrown in with the mix is enough, with further kept back as topping for the final product. Olive oil (the best you have) should be glugged in during the blending stage, about a shot-glass full, along with a dessertspoon of wine vinegar (remember, this is a salad, not a soup).

So, what do we have so far?

A kilo of tomatoes – some people peel them, some don’t. There’s more fibre (and colour) to the unpeeled, although it can get bitty. If you do choose to peel, dunk the tomatoes into some boiling water for a minute to make them easier to skin.

A can’s worth of good quality peeled plum tomatoes. Helps make up the volume, and they’re usually riper in a tin than we can get hold of fresh.

Two or three peeled, de-seeded cucumbers (depending on variety).

The technique is almost too simple to utter, hence the lengthy digression on ingredients above. Chop everything up, place it in a bowl or pan, blend it with a hand-held blender until smooth. If it’s too thick, add some water. Chill the entire mix in the fridge until it’s just about 4 degrees celsius. Leftovers can be frozen (but will need to be re-blended once thawed, as the liquid and vegetable pulp split on freezing).

Adding crushed ice isn’t necessary, but can be pretty. Be aware that it will dilute the mix on melting. Tradition demands a side plate of diced green peppers, onion, and olive oil-brushed croutons for sprinkling, although tradition can be ignored if you so desire. Crusty bread is the usual accompaniment, earthenware bowls the usual receptacle (although gazpacho is often served in high glasses now).

Summer in a bowl.

Previous Story:
You Can Go Your Own Way (But You Won’t). Social Behaviour and Majority Rule