‘I’m sure she knew she was talking to a puppet’: The Flying Buttresses

Since 2001, spectacle makers, special effects atists and strict enforcers of Henson’s Law The Flying Buttresses have plied crowds with gentle charm and wicked wit. Founders Danielle Brooke and Rupert Parry have brought their pod puppet characters Hodman and Sally to events across the globe, proving that their characters’ bewildered wonder is universally engaging. Brooke and Parry explain all.

What’s the big idea behind your company, what do you aim to do?

Our aim is to marry film quality aesthetics with funny, approachable, relatable characters, to bring a bit of joy to the everyday life of others.

I think we have a primal need to see life mirrored and reflected back to ourselves in some way, whether it be by theatre or other artistic mediums. We have a need to understand our own emotions and relationships with others and theatre is a perfect vehicle for trying to work out some of the com 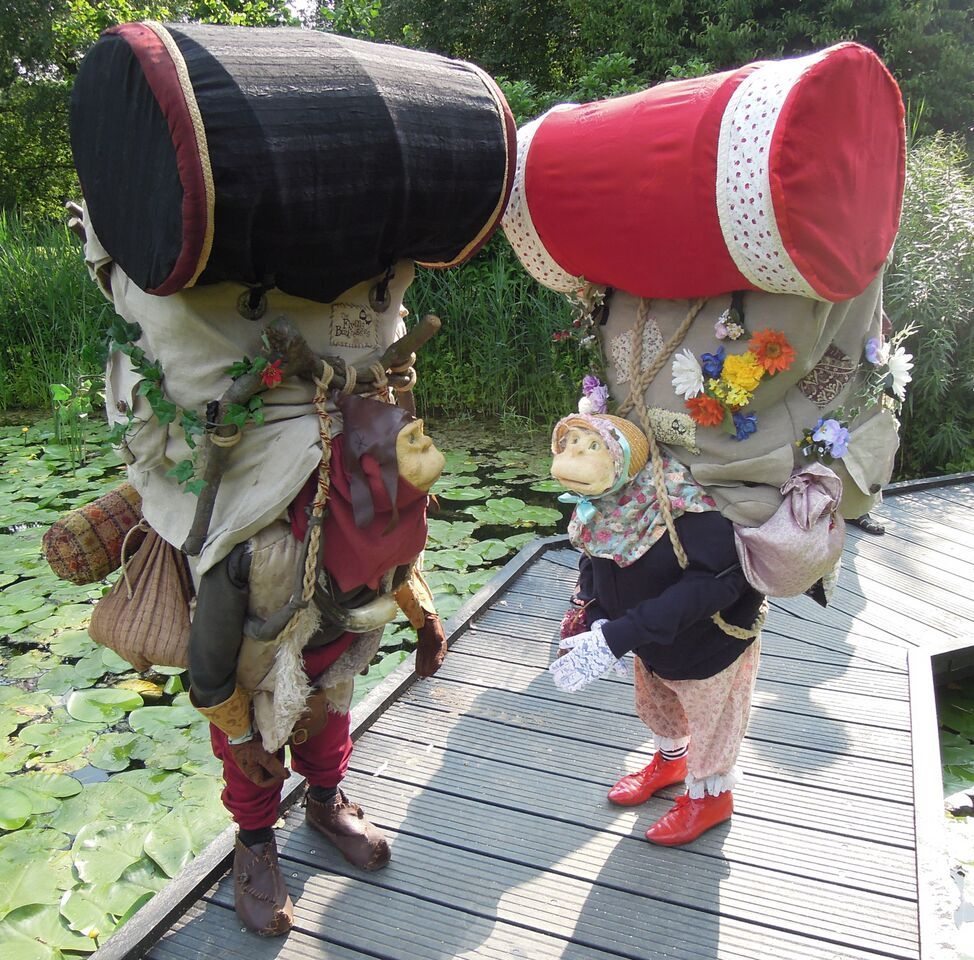 I don’t think so, but I think it depends on what you are asking people to believe. We are physically tangible characters talking to real people about their lives within the same real space and time, so the suspension of disbelief relies on our ability to perform other-worldly characters believably and authentically, in a way that makes an audience member forget that we are anything but real. If we are doing our job well then the joy and captivation of the experience overwhelms the disbelief and audiences let go of any resistance. It’s a very freeing and enjoyable moment for people when that happens I think – and definitely one that comes easier for some than others. We do our best to make it happen for everyone and we will tailor our approach to each person individually, which is only possible because of the nature of street theatre and lack of a fourth wall.

See above! In addition to that, it’s rare for audiences experience a narrative or performance that is not only responding to a changing environment, but that they