The Architecture of a Problem (Part 2) Psychoanalysis and Creativity

[dropcap style=”font-size:100px; color:#992211;”]D[/dropcap]oes psychoanalysis have a relevance to the practice of art and design? If so, what?

Professor of Cultural and Political History at University of the Arts, London, Malcolm Quinn, talked to Trebuchet’s Michael Eden in an interview ranging through the implications and applications of the practice on art, the first part of which you can read here.

Warming to his subject, Quinn addresses whether difficulty finishing an artwork may indeed be the most significant aspect of the work in itself.

M Eden: So there’s a certain alternative priority, a commitment to the thing that disturbs ordinary function?

M Quinn: Well it’s about desire, the problem is the problem of desire; what a person thinks needs to happen for things to work. We could suggest, although it may seem absurd, that Leonardo is an artist who really wants to make a work of art about not being able to finish, wouldn’t that be interesting? What people want in the case of Da Vinci is the genius who may be tormented but nevertheless, still churned it out. Whereas Freud is saying maybe not being able to finish is interesting in itself. Rather than asking ‘How do you fix it and move on?’, isn’t not finishing telling you something? 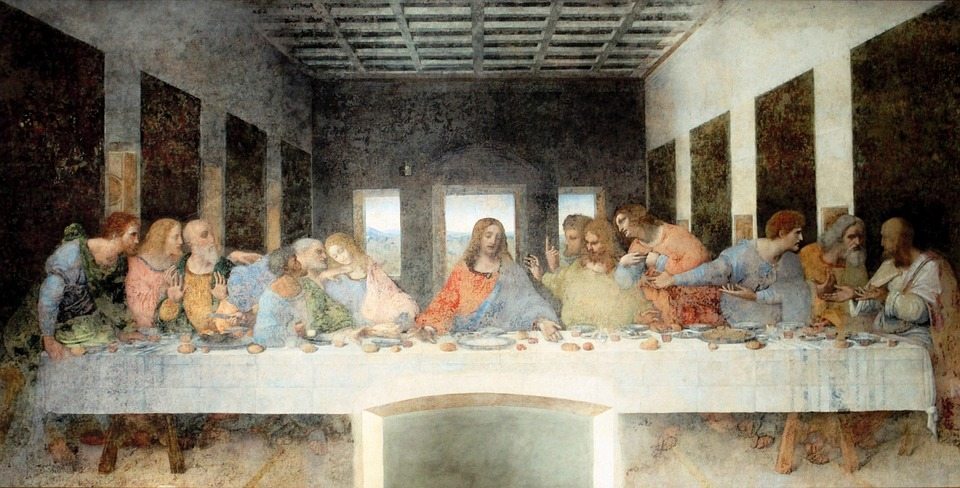 M Eden: In this way things might emerge that you didn’t expect. They undermine your intentions but spring from a drive or desire that’s unconscious.

M Quinn: Psychoanalysis is always about this contrast between the extravagance of our desires and reality: our desires don’t really fit the world, they are more Baroque than the world, but we have to get along in this world. What is great about psychoanalysis is that it builds this utterly artificial relationship between the analyst and the analysand out of everyday life, it’s not everyday life. It’s totally artificial, like spending weeks with somebody building a matchstick cathedral, but that cathedral is made out of desires, things that are foreclosed or disallowed or repressed.

M Eden: So would you be suspicious of people who encourage creatives to use psychoanalysis to plug holes in their…, (interrupted)

M Quinn: Of Hal Foster, yes, well I want to mention this. Hal Foster is the kind of person who is bad for creatives because he is quoted as saying, ‘Well you know I get less and less interested in psychoanalysis the more I go on, but it’s a good tool sometimes if you use it properly,’ which suggests that you have a kit full of stuff and somebody says ‘Well, you’ve tried all these things, why don’t you try psychoanalysis as a last resort, maybe this tool will work, maybe this tool will fix your essay or give you a plausible thing to say in a crit’. 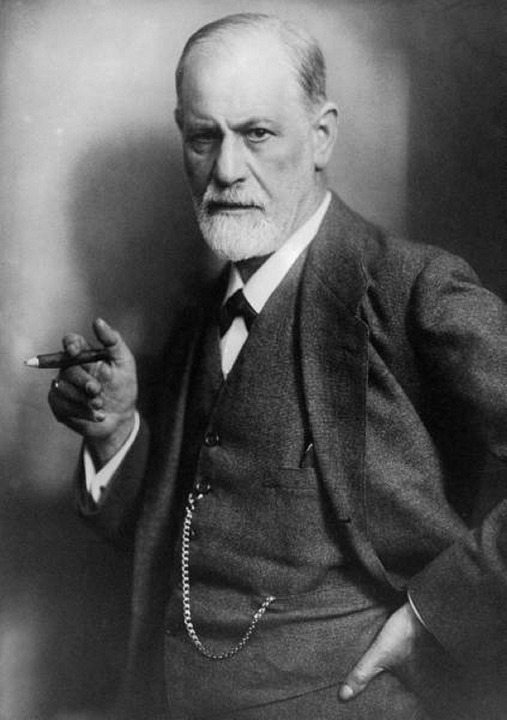 That’s not the point. The point of psychoanalysis is not to say ‘Here is a tool of last resort to make things work’. The point of psychoanalysis is to say, ‘Just when you thought it’s all going to work we’ll make sure it doesn’t!’ Just when you thought everything is fine, look for the thing that’s there in contradiction. There is a strong materialist thrust to psychoanalysis. It asks, what is your problem made of? Not ‘How do we solve your problem?’

M Eden: And this insight is Freudian?

M Quinn: You could say that yes. In Freud’s text, Beyond the Pleasure Principle¹ there is this idea of the fort/da game where the little boy is seen to throw an object out of his cot and pull it back again. As Freud points out, the little boy isn’t solving the problem of mummy being away by doing this. He’s not therapizing himself, he’s not making himself better, he’s actually making it worse. He’s turning the trauma into a game and the game is a game of repetition but, nonetheless, it is something which is keeping a drive or a desire in motion.

It’s a subjective act, something the subject is doing for himself. He’s making (the little boy), for want of a better word, a work of art out of the trauma. He’s not solving the trauma, he’s not interpreting the trauma. He’s using the trauma to build something. It as if you look at a Francis Bacon painting and you say ‘What’s the medium?’ …oil paint and trauma!

M Eden: It’s kind of pathological, what the boy is doing.

M Eden: Well I think they can be, but it’s interesting. How do you know when you’re not being pathological?

M Quinn: You can always stand back, it’s like Philip Guston saying he turns up in his studio, looks at his work from the day before and says, ‘Christ what have I done?’ It’s not that one acts in a frenzy or a romantic dream and wakes up afterwards, but in some senses there is a social self, an accommodated self, a self that has to get on out there in the world who might turn around to your inner child with the cotton reel and say ‘Why are you doing this over and over again?’

There’s a very brilliant artist called Elizabeth Price who works at the Royal College of Art. She did her PhD at Leeds. Her final work was called ‘Boulder’ and it was really about a ball of sticky tape that just got bigger and bigger and bigger, until it was a Boulder, and you might say ‘why’? But I would see that as quite Fort/Da-ish. It’s about something that just keeps going.

M Eden: Like a growing anxiety that underpins your actions maybe?

M Quinn: Yes and nonetheless, it’s a piece of research into the type of objects you might make, given that you’re setting up a certain set of parameters or actions. I’m very interested in this notion of the ‘act’ and in what sense the act is seen as something which is or isn’t addressed to the other.

M Eden: The ‘act’? This is a gesture or event that opens the space for becoming or a transformation?

M Quinn: Well look let’s say there are two safe and set positions: practice and theory. These are safe positions to be in! Because you say ‘Here I am in the middle of a theory doing very nicely thank you’, or ‘Here I am in my practice doing very nicely thank you’. In research you put practice in a crisis and relation to each other, if we go back to The Five Obstructions you have this finished work ‘The Perfect Human’. There’s no reason to make it again and yet Von Trier sees something unfinished, something unconscious, something unresolved in ‘The Perfect Human’ that he wants to return to Leth with and accuse him with it.

I think a lot of advanced work in art and design is about finishing things that are implicit in an existing practice that haven’t been resolved or followed through,

M Eden: So there’s a tension between the statements a practice makes that are definitive and those which are, implicit? Don’t lots of critics of Freud get annoyed at his assured and definitive stance?

M Quinn: Well really all Freud is saying in his introductory lectures, when he says the analyst knows nothing and the analysed knows something they don’t know they know (as in, what drives them) it’s not a definitive statement, it’s about something which is utterly indefinite which is unconscious knowledge. He’s not saying this is the law, he’s saying here’s where you have to stand if you want to see the view.

The act in itself would be to take up that position where you say ‘Well I don’t know what drives you. You do, but it eludes you, so let’s see what this thing which eludes you is made of’ and that’s not definitive at all, it’s utterly contingent in terms of whatever that unconscious knowledge is.

What Von Trier is saying to Leth is you think this work is definitive, you think it’s done, but it’s not its contingent! And in way you don’t even know! Maybe your work is contingent of the Bombay red light district, maybe there is an ethical element you just haven’t faced up to, so I say no to those critics: it’s the opposite of definitive, it’s contingent.

M Eden: I see now why Hal Foster would irritate you.

M Quinn: Exactly! That’s much more definitive. He’s saying ‘Here’s a bunch of tools’ and how do I maintain my position? I would say that creatives should leap into the act, face up to what is implicit in their practices and try to take the implications of their work to the limits. That’s far more interesting even when it falls flat then somebody desperately trying to maintain a position.

1 In Beyond the Pleasure Principle (1920), Sigmund Freud relates the story of a game his grandson invented at the age of one and a half, before he could speak many words. He used to throw small objects away from him, then say “o-o-o-o” with pleasure. He also took a wooden reel attached to a piece of string, and threw it over the edge of his cot, so that it disappeared. After saying “o-o-o-o,” he would pull it back to himself and say, “da.” He repeated this game over and over. Freud and the boy’s mother understood him to be saying “Fort” and “Da” (German for gone and there). Freud theorized that this game of disappearance and return allowed the boy to manage his anxiety about the absences of his mother, to whom he was very attached. By controlling the actual presence and absence of an object, he was able to manage the virtual presence of his mother. The Fort / Da game was the child’s invention of symbolism: the use of one object (wooden reel) to represent another, absent object (mother).

Previous Story:
Did You Really Want to do That? Free Will Gets Computer Analysed

Next Story:
Mind of Blue. The Neuroscience of the Minor Key