Mind of Blue. The Neuroscience of the Minor Key

Tracking the neuroscience underpinning the sombre feelings evoked by a minor chord played by a jazz pianist is noble stuff indeed.

Figuring out the brain activity behind, say, the venomous death metal of Abythic’s A Full Negation of Existence, might take a while longer.

The workings of neural circuits associated with creativity are significantly altered when artists are actively attempting to express emotions, according to a new brain-scanning study of jazz pianists.

Over the past decade, a collection of neuroimaging studies has begun to identify components of a neural circuit that operates across various domains of creativity. But the new research suggests that creativity cannot be fully explained in terms of the activation or deactivation of a fixed network of brain regions. Rather, the researchers said, when creative acts engage brain areas involved in emotional expression, activity in these regions strongly influences which parts of the brain’s creativity network are activated, and to what extent.

“The bottom line is that emotion matters,” said senior author Charles Limb, MD. “It can’t just be a binary situation in which your brain is one way when you’re being creative and another way when you’re not. Instead, there are greater and lesser degrees of creative states, and different versions. And emotion plays a crucially important role in these differences.”

Most of the new research, which appears in the January 4, 2016 issue of , was conducted in Limb’s laboratory at Johns Hopkins School of Medicine before his move to UC San Francisco in 2015. In his surgical practice, Limb, now the Francis A. Sooy Professor of Otolaryngology at UCSF and an accomplished jazz saxophonist, inserts cochlear implants to restore hearing.

Previous research by Limb and others using functional magnetic resonance imaging (fMRI) to study musical improvisation, freestyle rapping, and the rendering of caricatures–creative acts that unfold in real time and are therefore more amenable to laboratory studies than, say, painting–deactivate a brain region known as the dorsolateral prefrontal cortex (DLPFC), which is involved in planning and monitoring behavior. This DLPFC deactivation has been taken to be a neural signature of the “flow state” artists may enter to free up creative impulses.Sci 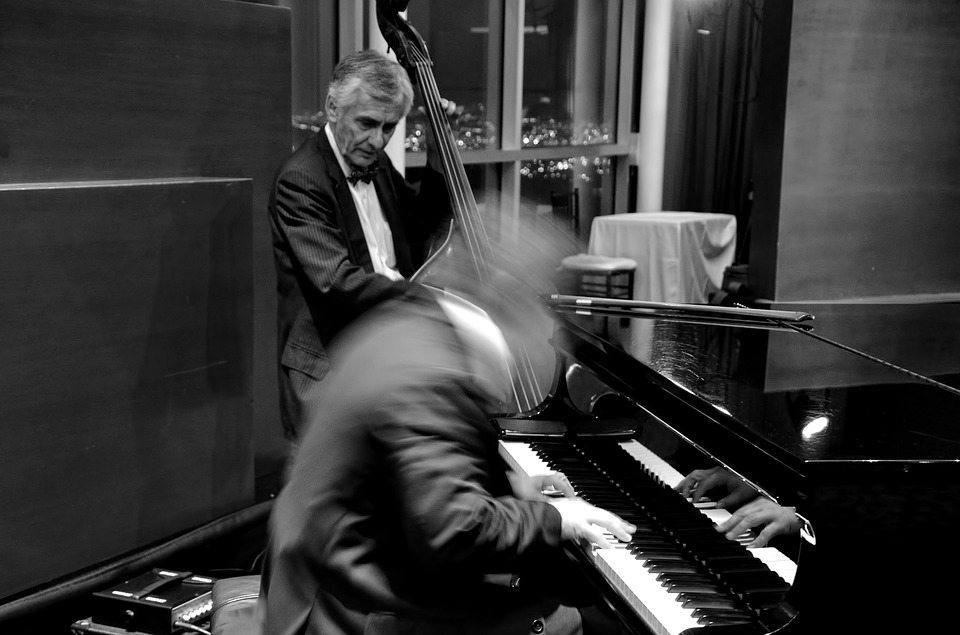 But in the new study, led by first author Malinda McPherson, the researchers found that DLPFC deactivation was significantly greater when the jazz musicians, who played a small keyboard while in the fMRI scanner, improvised melodies intended to convey the emotion expressed in a “positive” image (a photograph of a woman smiling) than when they aimed to capture the emotions in a “negative” image (a photograph of the same woman in a mildly distressed state).

On the other hand, improvisations targeted at expressing the emotion in the negative image were associated with greater activation of the brain’s reward regions, which reinforce behaviors that lead to pleasurable outcomes, and a greater connectivity of these regions to the DLPFC.

“There’s more deactivation of the DLPFC during happy improvisations, perhaps indicating that people are getting into more of a ‘groove’ or ‘zone,’ but during sad improvisations there’s more recruitment of areas of the brain related to reward,” said McPherson, a classical violist and first-year graduate student in the Harvard-MIT Program in Speech and Hearing Bioscience and Technology. “This indicates there may be different mechanisms for why it’s pleasurable to create happy versus sad music.”

Because the images themselves might induce an emotional response in the musicians, in addition to the brain scans made while the musicians improvised, each scanning session also included a time period in which the musicians passively viewed the images. For each musician, any brain activity data generated during these passive viewing periods, including emotional responses, were subtracted from that elicited during their musical performances. This allowed the researchers to determine which components of brain activity in emotional regions were strongly associated with creating the improvisations.

Moreover, Limb said, the research team avoided biasing the musicians’ performances with words like “sad” or “happy” when instructing the musicians before the experiments.

“The notion that we can study complex creativity in artists and musicians from a neuroscientific perspective is an audacious one, but it’s one that we’re increasingly comfortable with,” Limb said. “Not that we’re going to answer all the questions, but that we have the right to ask them and to design experiments that try to shed some light on this fascinating human process.”

Previous Story:
The Architecture of a Problem (Part 2) Psychoanalysis and Creativity

Next Story:
When All is Dark, Have Faith in Night