THC, Or Not THC? How Danes Grow Stronger Cannabis

Modern growing techniques and genetic advances have led to higher concentrations of THC in European cannabis.

Err. Down with this sort of thing. Shocking.

The concentration of the euphoriant THC in cannabis has tripled in the space of twenty years. The reason may be a systematic processing of the cannabis plants, some of which are being grown in skunk farms in Denmark.

Cannabis being sold on the street in Denmark is stronger than previously measured. This is shown by analyses carried out by the three forensic chemistry departments in Denmark and processed by the Department of Forensic Medicine at Aarhus University. The levels are published in the Danish Health and Medicines Authority’s annual narcotics report on 18 November.

Selected samples taken from the cannabis seized by the police in the three largest cities in Denmark is analysed at the forensic chemistry departments on a monthly basis. This provides an overall picture of the type of cannabis being sold on the street in Denmark, says Christian Lindholst, department head at the Department of Forensic Medicine at Aarhus University.

Among professionals, the quality of cannabis is equivalent to the content of the psychoactive substance THC. Danish cannabis samples from 2014 have an average content of 28 per cent THC. The largest study of Danish cannabis so far is from 1992, where the drug’s quality was measured as eight per cent. When compared with samples from the period 2000-2011, where the content of THC varied between 8-13 per cent, we are now seeing a remarkably high quality, according to Christian Lindholst.

“Cannabis as a product has changed significantly in just a few years. This is a trend we see around Europe. Swedish and Dutch studies describe a similar strong increase in the quality of cannabis,” says Christian Lindholst.

The probable explanation for the increased quality can be found in new processed cannabis plants grown under new forms. Traditionally, cannabis plants are cultivated and harvested outdoors in countries such as Morocco and Lebanon. The outdoor growing conditions mean that the quality of the plants is low and that the ready-for-sale cannabis is not so potent. But today cannabis production has been to a greater extent transferred to the European countries, including Denmark, and takes place in what are known as cannabis farms. 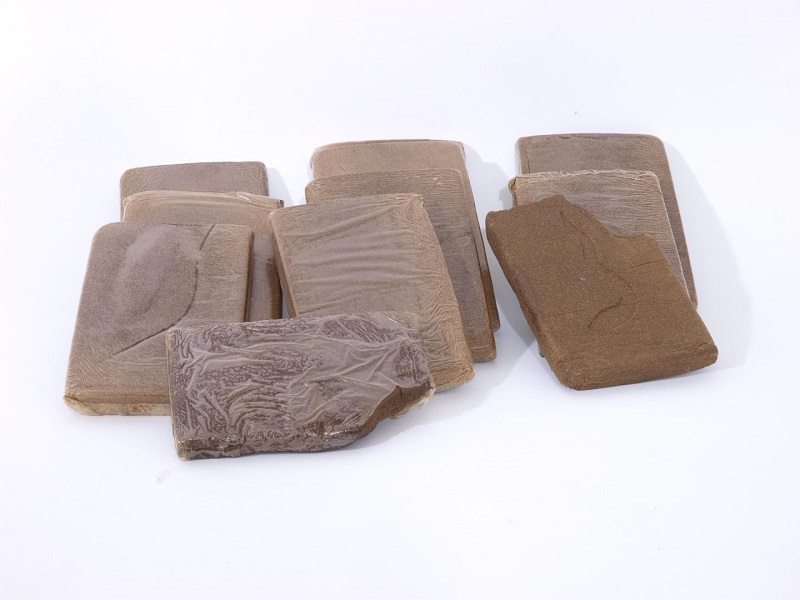 Selected samples were taken from the cannabis.

Processed cannabis plants (in Denmark known as skunk plants) are produced using artificial lighting, ventilation and fertiliser. In just a few months, the accelerated growth process results in plants with an extra large THC content. In addition to the elevated THC level, the processed types of cannabis also have a different composition of psychoactive substances. There is a suspicion that these changes increase the risk of harmful effects from smoking cannabis.

The high concentration of THC should lead to a discussion about the dangers of smoking cannabis, says Christian Lindholst.

“Cannabis of such high quality can lead to a greater risk of harm and adverse side effects. This is in particular a problem for the large group of young people who smoke it several times a month. The attitude among some groups in society is that smoking a joint once in a while doesn’t do any harm. With the new knowledge we should increasingly view cannabis as a more dangerous and more risky drug,” says Christian Lindholst.

Next Story:
Attack, Retaliate, Attack. When Will it End?