Pitt and Columbia researchers publish evidence on Social Network behavior and how it relates to users’ self-control, body-mass indexes, and credit-card debt 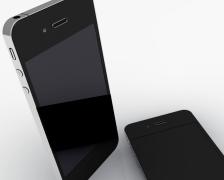 [dropcap style=”font-size:100px;color:#992211;”]P[/dropcap]itt and Columbia researchers publish evidence on Facebook behaviour and how it relates to users’ self-control, body-mass indexes, and credit-card debt.

Getting you  to ‘like’ this article is going to be tougher than usual.

Users of Facebook and other social networks should beware of allowing their self-esteem—boosted by “likes” or positive comments from close friends—to influence their behaviour  It could reduce their self-control both on and offline, according to an academic paper by researchers at the University of Pittsburgh and Columbia Business School that has recently been published online in the Journal of Consumer Research.

Titled “Are Close Friends the Enemy? Online Social Networks, Self-Esteem, and Self-Control,” the research paper demonstrates that users who are focused on close friends tend to experience an increase in self-esteem while browsing their social networks; afterwards, these users display less self-control. Greater social network use among this category of users with strong ties to their friends is also associated with individuals having higher body-mass indexes and higher levels of credit-card debt, according to the paper.

“To our knowledge, this is the first research to show that using online social networks can affect self-control,” said coauthor Andrew T. Stephen, assistant professor of business administration and Katz Fellow in Marketing in the University of Pittsburgh Joseph M. Katz Graduate School of Business and College of Business Administration. “We have demonstrated that using today’s most popular social network, Facebook, may have a detrimental affect on people’s self-control.”

Stephen coauthored the research with Keith Wilcox, assistant professor of marketing at Columbia Business School. The paper includes the results of five separate studies conducted with a total of more than 1,000 U.S. Facebook users.

In the researchers’ initial study, participants completed surveys about how closely they’re connected to friends on Facebook. Then they were split into two groups: one group that wrote about the experience of browsing Facebook and another group that actually browsed Facebook. Both groups then completed a self-esteem survey. Regardless of whether the participants wrote about Facebook browsing or actually browsed the site, the participants with weak ties to Facebook friends did not experience an increase in self-esteem, but those with strong ties to friends had an enhanced sense of self-esteem.

Stephen and Wilcox’s second study evaluated why Facebook users with strong ties to friends were more likely to experience an increase in self-esteem. Participants were prompted to browse Facebook for five minutes. Some were told to pay attention to the status updates and other information people were sharing with them. Others were directed to concentrate on information they were sharing. The researchers concluded that browsing Facebook only increased participants’ self-esteem when they were focused on the information they were presenting to others.

Cookies, granola bars, and word puzzles were part of the methodology of the third and fourth studies, which established the link between self-esteem and self-control. Participants in the third study were instructed either to check Facebook or read news articles on CNN.com, then choose between eating a granola bar or a chocolate-chip cookie. Those who had browsed Facebook were more likely to choose the cookie. Participants in the fourth study were given anagram word puzzles to solve after either checking Facebook or reading TMZ.com, a celebrity news and gossip website. The Facebook browsers were more likely to give up on the puzzles.

The fifth investigation, an online field study, examined the relationship between online social network use and offline behaviors associated with poor self-control. Participants completed a survey asking about their height and weight, the number of credit cards they own and the amount of debt on them, and how many friends they have offline, among other questions. “The results suggest that greater social network use is associated with a higher body-mass index, increased binge eating, a lower credit score, and higher levels of credit-card debt for individuals with strong ties to their social network,” the researchers wrote.

Stephen and Wilcox say the five studies have implications for policy makers because self-control is an important mechanism for maintaining social order and well-being. “It would be worthwhile for researchers and policy makers to further explore social network use in order to better understand which consumers may be particularly vulnerable to suffering negative psychological or social consequences,” the authors wrote.

The paper, published online in November, is scheduled for publication in the June 2013 print edition of the Journal of Consumer Research. Stephen and Wilcox are contemplating a future inquiry into social networks and behavior that would address the long-term effects of Facebook on users. “It would be interesting,” they wrote, “to explore the persistence of the effect of browsing Facebook over time.”

Previous Story:
Veronica Falls : Waiting For Something to Happen