Bioenergy crops, such as Miscanthus and switchgrass, appear to be promising resources for renewable energy, but how to measure sustainability impacts.

Lets get it going.

Bioenergy crops, such as Miscanthus and switchgrass, appear to be promising resources for renewable energy, but these new crops did not come with a manual on how to measure details on their sustainability impacts. Jody Endres, University of Illinois professor of energy and environmental law and chair of the Council on Sustainable Biomass Production (CSBP) says standards are needed so farmers, ethanol producers, and others in the biofuels industry will all be on the same page here in the United States as well as in Europe and Brazil.

Endres believes that three conditions must be met before the benefits of standards can be fully realized.

“First, to achieve public acceptance, standards must be built upon foundations of good governance,” Endres said. “Environmental and social advocacy groups should be included at some level in the process. For example, we’re discussing what standards the aviation sector should recognize to meet their sustainability expectations. Instead of the substantive innerworkings of standards’ principles, such as protections for air, water, soil, biodiversity, and community values, debate has centered on the level of participation and transparency standards development observes, and particularly whether a standard meets environmental groups’ governance demands.”

The second precondition Endres defines is to fortify the producer’s sustainability toolbox, including a determination as to whether or not existing tools are effective. “If they’re not, how can we build these socio-technical systems to help farmers rethink their actions in the landscape and how it relates to the environment?” Endres asked. “For example, environmentalists would like to see improvements at the watershed scale. If only isolated farmers need to be certified, and they have to figure out what their contributions to that watershed are, it can be very difficult, particularly when states have not fully assessed baseline water quality and all parties responsible for its degradation.”

The third precondition for successful standard implementation is international harmonization. “Even if the biomass goes to the biorefinery with the right lignin-to-sugar content and the right amount of water, if you had to add nitrogen to produce it, or lost habitat or soil when harvesting it, it may not comply with European regulations.

“Environmental groups don’t want to see a race to the bottom—adopting requirements that are bare minimum,” Endres said. “But the European standards contain requirements that are difficult to achieve, particularly for small growers. A biomass farmer doesn’t know where to begin to apply it to their farming practices.”

The European Renewable Energy Directive provides a baseline framework for sustainability reporting and requirements. “They’re primarily concerned with land conversion—high carbon stock land or lands that are high in biodiversity values,” Endres said. “They also require a cross-compliance with agro- environmental laws, which is something required in return for receipt of agricultural payments under the Common Agricultural Program. In large part, we don’t have a similar system in the United States. We have requirements for highly erodible land and protection of endangered species, but in Europe there’s a broader program specifically designed for agricultural contexts to comply with environmental law and to improve the environment.”

Adopting European standards is not a simple task for U.S. growers, Endres said. “For the past three years, the Council for Sustainable Biomass Production has been developing a standard that the European Commission will recognize, but one that is at the same time one designed for American growers to implement practically on the ground and that deploys tools such as those developed by USDA and Extension. 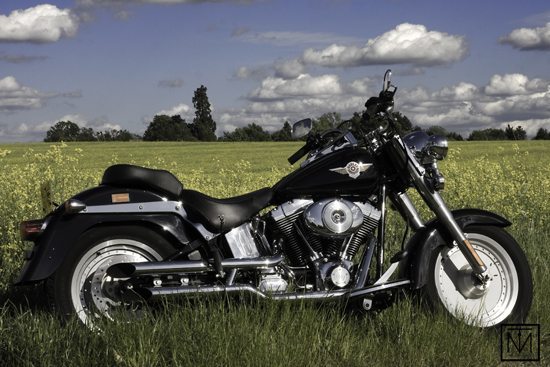 Until we have a standard uniquely developed for the American market, producers’ access to European markets could be inhibited. Harmonization questions between Europe, the U.S. and Brazil likely will arise, particularly when stakeholders disagree on substantive and governance questions associated with the many standards emerging in the international marketplace.”

Endres said that other than certification for organic food, the United States does not have widespread experience with certifying commodities. “European calls for biofuels certification are pushing efforts in the U.S. to figure out how to certify an agricultural supply chain. It’s something we’ve never done here at a large scale,” she said.

She stressed that international harmonization is vital for the aviation industry because of looming compliance mandates for carbon reductions in Europe. “To land a plane in Europe, U.S. carriers will have to prove that they have reduced their carbon footprint below a certain level. If not, they will have to buy credits within the European Emissions Trading System.

Although the requirement has been postponed until January 2014, the aviation sector is actively seeking ways to reduce greenhouse gas emissions through biofuels. The challenge is not only how to convert cellulosics into jet fuel, but also how to certify that they are grown, refined, and distributed in a sustainable manner,” Endres said.

Endres said that there are still a lot of questions about how to implement standards for biomass. “It’s important to match the goal of regulation with what actually can and does occur on the ground. We can put any requirement into writing, but will it really work on the ground or is it just ‘green washing?’

“In the war of words and in the public media, biofuels have had to face more accusations than any other renewable energy source, such as solar power and wind,” Endres said. “So, even though we think we’re achieving rural development, receiving carbon reductions or climate mitigation benefits, or that we’re having increased energy security, people may still be suspicious of biomass fuels unless there is a certification that we can operationalize.”

Source: University of Illinois College of Agricultural, Consumer and Environmental Sciences. Eurekalert. Legitimacy, Innovation, and Harmonization: Precursors to Operationalizing Biofuels Sustainability Standards was published in an issue of the Southern Illinois University Law Review. The full document is available at http://ssrn.com/abstract=2176350.