Are yucky yank turkeys to be the post-Brexit symbol of a UK/USA alliance the likes of which have not been known since the Marshall Aid programme and the subsequent populararity of Spam? Who knows? If anything goes wrong, it’s the sprouts that get blamed.

Consumers could be eating “dirty” chlorinated turkey at Christmas if the UK agrees a post-Brexit trade deal with the USA, according to a new briefing paper by leading food policy experts.

The team – from the University of Sussex, Cardiff University and City, University of London – found US poultry, washed in up to four chemical disinfectants, does not meet EU safety standards. The academics also found the chemicals are used in the USA to wash fruit, vegetables and fish.

They warn that British shoppers would be safer if the UK kept European Union standards and say future controls should be “stricter, not weaker”.

Professors Erik Millstone (University of Sussex), Tim Lang (City, University of London) and Terry Marsden (Cardiff University) compared current UK and EU standards with those in the USA, and concluded that the use of chemical disinfectants by the US food industry posed risks to consumers and workers in the industry.

The question of whether the UK would import chlorine-washed meat after Brexit was raised when US Commerce Secretary Wilbur Ross warned that a post-Brexit UK-US trade deal would require that the UK abandoned EU standards.

Professor Erik Millstone said: “The UK should continue to insist on improving hygiene standards in poultry farms, slaughter houses and meat-cutting plants and not allow standards to decline, nor try relying on chemical disinfectants to reduce the harm that filthy meat can cause. UK consumers would be safer to keep EU standards, and not to accept US disinfectant-washed-but-still-dirty poultry.”

The new paper – published by the Food Research Collaboration, an inter-university network based at City’s Centre for Food Policy – concluded that:

Far too few studies have been conducted into disinfectant-washed poultry
The available data set is full of holes
Some studies have produced data indicating significant risks.

The turkeys and chickens on sale in the UK this Christmas cannot lawfully be washed with four chemicals that the US poultry trade calls ‘pathogen reduction treatments’ (PRTs). 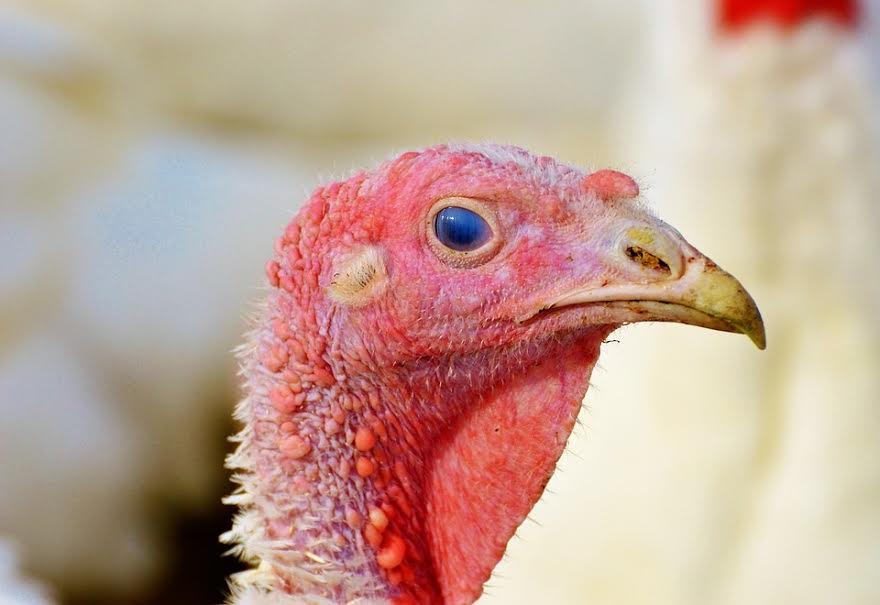 The briefing paper identifies the set of scientific and policy documents, endorsed by the US Food and Drug Administration, which explain why the country’s poultry industry uses these chemicals, and why they are not permitted in the UK or EU.

According to the authors, the animal carcasses are washed with disinfectants because when they arrive at US abattoirs and meat cutting plants they are far more contaminated with infectious filth, including excrement, than in the UK’s current food supply chain.

The UK and EU approach insists that hygiene standards in the supply chain are sufficiently high that they do not need to be chemically disinfected.

Statistics cited in the briefing paper show that 97 per cent of chicken breast meat in the USA contains pathogens such as Salmonella and E. coli.

The briefing paper also found: there is evidence PRTs may contribute to the formation of toxic compounds when they interact with poultry flesh; use of PRTs may worsen the chances that disinfectant-resistant bacteria will emerge.

Professor Tim Lang said: “We cannot support any weakening of UK food hygiene standards. This is not what UK consumers have voted for or been consulted on. We were shocked when we found that PRTs are allowed to wash fish, fruit and vegetables, as well as poultry. This might put off UK consumers.”

The academics cite a World Health Organisation and UN Food and Agriculture Organisation report saying disinfectants “must not be used to mask poor hygienic practices”.

Professor Terry Marsden said: “This is one of a series of food safety concerns of which consumers need to be aware as the Brexit process continues. The UK needs to improve its intensive food production and processing standards and not put both animals and consumers at risk.”

The experts make a series of recommendations, including that: the UK commits to at least maintaining safety and quality standards; public health, environmental, animal welfare and consumer organisations should combine to prevent the sale of poultry, fish, fruit and vegetables washed with chemical disinfectants in the UK.

Previous Story:
America, Why Did You Stop Dreaming?

Next Story:
Sacrilege! Profanity! Err, Isn’t That the Point of Black Metal? Myrkur