Myrkur proves, by dint of sheer talent, that magnificent Black Metal can be made by those there lady women people.

[dropcap style=”font-size:100px; color:#992211;”]M[/dropcap]yrkur, or Amalie Bruun as she’s known to her accountant, is a controversial figure.

In part, this is due to her being both a woman and having the brazen cheek to dabble in black metal. For the Necro-Nerds, this is a step too far, as women do not exist (apart from one’s mother) and so are FALSE METAL. Or something.

I don’t subscribe to this outlook. I am a New Man, after all. I get sympathy PMT and use semi-colons with wild abandon. I would much rather point out that Myrkur sounds a bit like ‘Meercat’, and so all manner of ‘Compare the Mykur’ jokes leap to mind

For example, one can compare Mykur looking ethereal in a Nordic forest, Myrkur in the snow, Myrkur on a horse, Mykyur and some fjords, Mykur having a bit of a singalong with the rest of the squad in a crypt, Myrkur wearing a series of jumpers, and Myrkur doing that scary thing with her face when she’s singing.

For Myrkur has a new album out on Relapse, by the name of Mareridt. In summary, it has some great moments and some moments which are… not. But let’s start with the first song.

This is the title track, more an ambient musical number with Myrk half singing and half-reciting the lyrics. She also makes some interesting whoops with her voice that sound like a saxophone at points. Sadly, she does not then go off on a cover of “Baker Street”, but it does a good job in setting the otherworldly, vaguely melancholy mood…

…Which then gets blasted into an ice wall with “Maneblot”. Half black metal shrieking fest (and an excellent one at that), and half folk number, it gracefully flits between the two with a maturity and grasp of good song structure. It ought to be a mess. It’s not. In fact, Mykur makes its contrasts work very well in a suitably vicious, yet delicate fashion.

“The Serpent” carries this on, but with more focus on the ‘clean’ female vocals, while the black metal is put back in the box for a while. It’s a slow, methodical, guitar-chugging number, slowly building up to a rousing chorus that burrows into your head and gives your brain frost-moths.

Next, “Crown.” This reminds me of Marianne Faithful’s ‘The Hawk’ in terms of its grand sweep and melancholic grandeur, helped along by some excellent strings. After that, “Elleskudt” reverts to the black metal/otherworldly vibe, but melds the two aspects well with a good strong hook or three. The trebled out black metal guitars are great, but the transition between that and the more delicate aspects are just as faultless. Here, Mykur really is having her cake and eating it, like David Davis would if he was a Danish woman who knew what the fuck she was doing.

Then there is “De Tre Piker”, a slow folk number which weeps Winter, the sea and melancholy in a way that crushes the listener at the same time as it enchants them. In its wake is “Funeral”, with backing vocals from folk doomster Chelsea Wolfe. In essence, the most gloriously nasty song on the album, it’s about a gracefully snarling Ice Queen preparing her best garb for her worst enemy’s funeral. It’s doom metal. It’s goth rock. It’s Clannad settling its scores in a fucking blizzard. 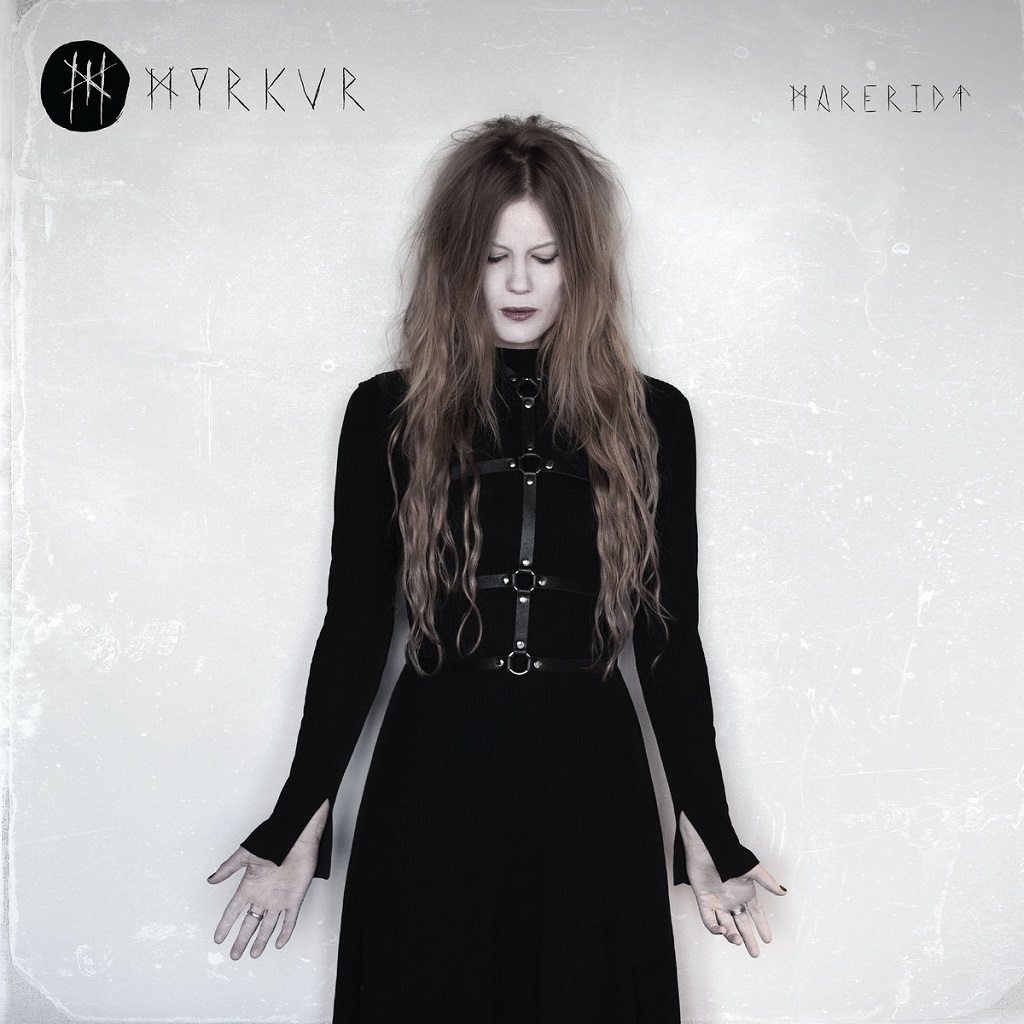 “Ulvinde” then surprises with a faintly menacing Mezzo-Soprano song descending into black metal harshness once more. But both it and its follow-up “Gladiatrix” suffer from being quite good on their own, but not hitting the heights of previous songs on the album which they sound so much alike. Meanwhile, penultimate track, “Kaetteren”, is a pleasant enough mouth harp/violin instrumental, which adds nothing to the album, but doesn’t ruin it by being there…

…Which brings us directly to the last, and most problematic, track on the album. “Bornehjem” is a spoken word tale of a little girl who may either be mentally ill, possessed by demons, or a bit of both, and may well also be a victim of abuse. Swedish Black Metal band Ancient ploughed similar ground with “Audrina, My Sweet” on their Proxima Centauri album, back in 2001. But the problem here is that Myrkur’s vocals have been sped up in an attempt to make her sound like a little girl. This doesn’t work. Instead, she sounds a bit squeaky, and the end result sounds like the bleakest episode of Alvin & The Chipmunks ever. It is unintentionally hilarious, the point where the album’s laser guided focus gives way and turns into unintentional self-parody.

And that brings us to the heart of Mareridt. It has some excellent moments, some average moments and one moment of rampant buffoonery. It’s not a masterpiece then, but it’s certainly one of the best albums of 2017. You just need to forgive its lapses, and remember this is still ten times better than most of the ‘TROO KVLT’ shit put out weekly by Myrkur’s male detractors.