Just as birds display bright plumage or coloration, men may attract women by showing off expensive cars or clothing. 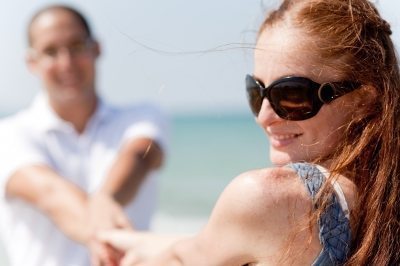 “The true man wants two things: danger and play.
For that reason he wants woman, as the most dangerous plaything.”
Friedrich Nietzsche

And if that’s not quite patronising enough, turns out that man also wants ‘good heredity’. Picky much?

Why do adults continue to play throughout their lives while most other mature mammals cease such behavior? According to researchers at Penn State, playfulness may serve an evolutionary role in human mating preferences by signaling positive qualities to potential long-term mates.

“Humans and other animals exhibit a variety of signals as to their value as mates,” said Garry Chick, professor and head of the Department of Recreation, Park and Tourism Management. ”

Just as birds display bright plumage or coloration, men may attract women by showing off expensive cars or clothing.

In the same vein, playfulness in a male may signal to females that he is nonaggressive and less likely to harm them or their offspring. A woman’s playfulness, on the other hand, may signal her youth and fertility.”

Chick and colleagues Careen Yarnal, associate professor of recreation, park and tourism management, and Andrew Purrington, lecturer in the Department of Recreation, Park and Tourism Management, expanded on a previous survey that included a list of 13 possible characteristics that individuals might seek in prospective mates.

To that original list, they added three new traits: “playful,” “sense of humor” and “fun loving.” The authors gave the survey to 164 male and 89 female undergraduate students, ages 18 to 26.

Of the 16 items, “sense of humor,” “fun loving” and “playful” ranked second, third and fourth, respectively, among traits that females sought in males. Males rated three traits–“physically attractive,” “healthy,” and “good heredity”–that are characteristic of female fertility as significantly more desirable than females rated them in males.

The team reported its results online in this month’s issue of the American Journal of Play.

“The fact that the subjects tended to rank ‘sense of humor,’ ‘fun loving’ and ‘playful’ at or near the top of the list of 16 characteristics does not mean that the mates they have selected or will select will actually exhibit these traits,” said Chick.

“In addition, the results may be skewed by the fact that most of the study subjects were college students from a western culture. Despite these caveats, it seems to us that signaling one’s virtues as a potential long-term mate through playfulness is not far-fetched. Our results suggest that adult playfulness may result from sexual selection and signal positive qualities to potential long-term mates.”