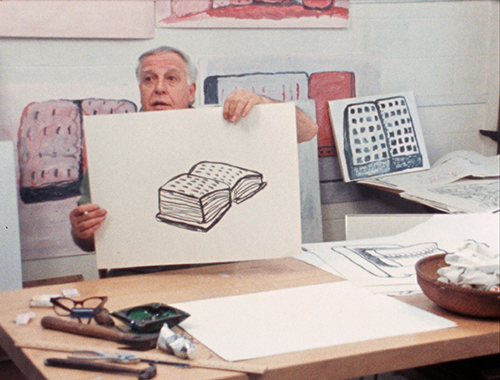 Philip Guston was first a figurative painter, before developing a unique style of abstract expressionism that positioned him at the forefront of the movement in New York, but gradually throughout the late fifties and early sixties, dark shapes began to emerge on his canvas, suggesting a more fluid, shadowy kind of representation.

Guston’s practice spans half a century and he continues to be hugely a influential figure to many contemporary artists not just for his creative output, but also for his process and commitment to experimentation and challenging his own forms of expression.

Whilst many of Guston’s abstractions generally employ vibrant colour, these later paintings (1952-64) are dominated by black forms as if the artist is seeking to cloud over, or obliterate his own mark-making. A sense of spontaneity, urgency and breathlessness is felt in the movement and layering of brushstrokes.

However, there’s also a degree of performance to this kind of image-making in the sense that the artist is exposing his process. It is almost as if we, the viewer, are encountering the work just moments after the last mark has been made.

By contrast, the collection of figurative works (1968-1977) on display comprise more direct and considered pictorial symbols. These drawings and paintings generally depict everyday objects – at times recognisable and at others rendered strange, even slightly monstrous – creating a powerful sense of narrative intrigue.

Seen together, these two bodies of work create an intimate and compelling portrait of the artist and his restless search for self-expression.

Previous Story:
Digital Art & Animation: Seeing the Past Through the Present 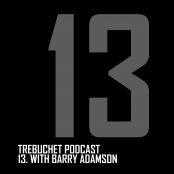