Demands will be placed on the Listener. Bitter Music (Perc)

[dropcap style=”font-size:100px; color:#992211;”]P[/dropcap]erc Trax label owner Perc (Ali Wells) is well known for his storming dancefloor tracks and punitive live sets but is also gaining growing respect for the experimental side that became prominent on his second album, 2014’s The Power and The Glory.

The ‘take it or leave it’ spirit that seems to have motivated him to title his third Bitter Music should be taken as a clear warning to listeners contemplating the album that demands will be placed on them. They will be listening under duress and at their own risk. 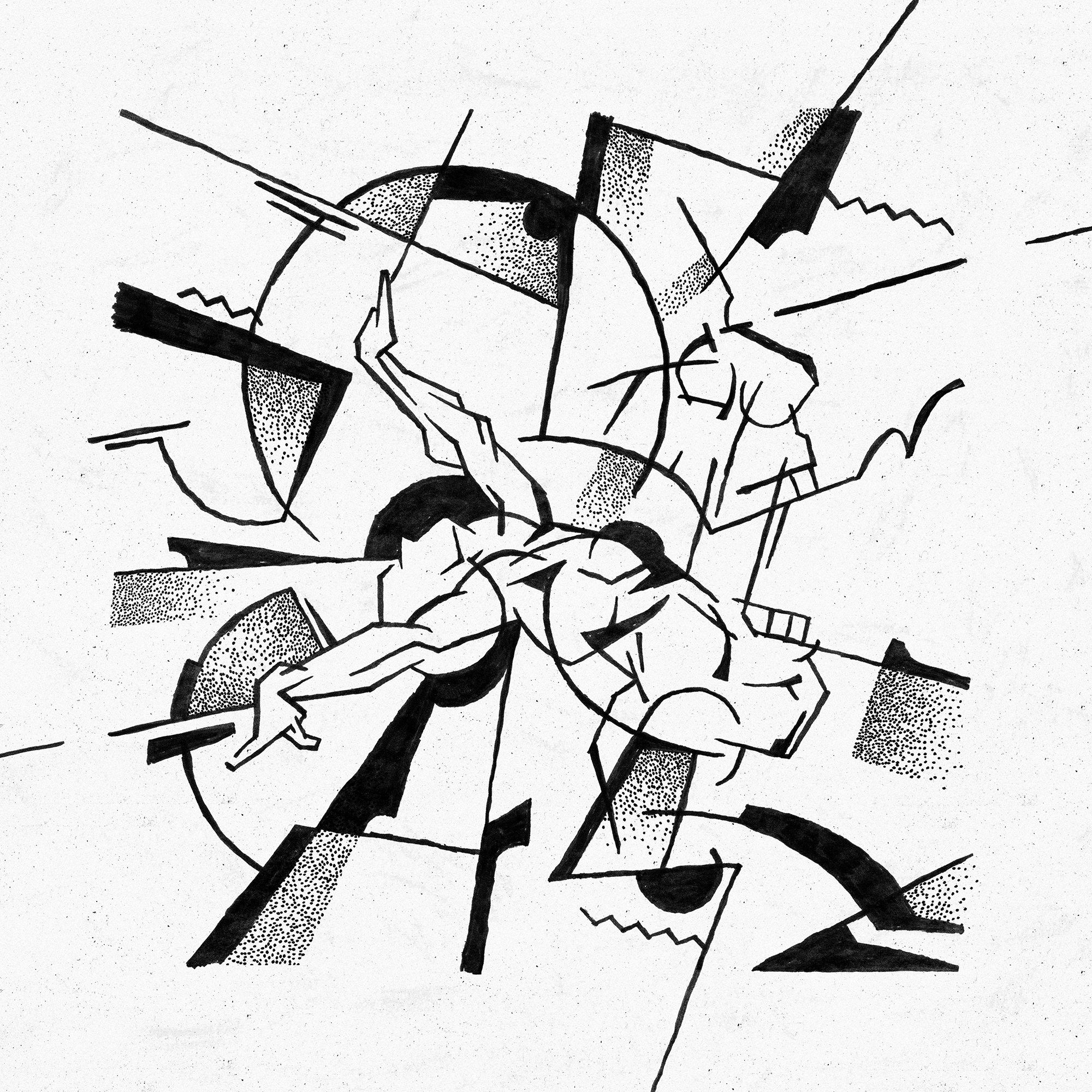 Perc’s single and remixes are about action and the transmission of an intense kinetic energy. They are generally unrelenting, containing few moments in which the listener/dancer can pause for reflection. Of course, there’s nothing necessarily wrong with unthinking surrender to the beat, yet on his albums and above all on this one, Perc’s listener is made to think more than dance.

We’re told that Bitter Music has been strongly marked by the darkening political horizons of 2016, as well as by the expression of personal emotions. Sonically, it takes a conscious sonic step ‘back to the future’. On the one hand it utilises sounds harvested from restored BBC Radiophonic Workshop equipment at Eve Studios in Manchester. In this sense, the album is partly out of time and out of place, hinting at the Workshop’s unsettling Cold War era soundscapes and temporarily taking Perc out of the familiar territory of his own studio. It also moves away from the norms of techno by incorporating piano, flute (on ‘Chatter’) and vocals.

Awareness of these factors may help prepare the listener for their mission but even those whose listening exposes them to all manner of extremity are likely to face some serious demands being placed upon them. Even more than its predecessor, the album is stylistically labyrinthine, full of murky passages and the occasional dead end. It’s not easy to navigate unscathed and when you do emerge from it you’ll be caked in emotional and sonic dust, much like The Doctor stumbling from some alien lair.

In suitably perverse and disorientating fashion, the entrance to this labyrinth is entitled ‘Exit’. Slightly archaic, other worldly drones emerge accompanied by a painful experiment in vocal synthesis. It’s not entirely decipherable what’s being (mis)-communicated here but the unwary might to do well to take it as a warning. The words have an irradiated, tormented texture that makes the piece seem like at least an acknowledgement of, if not a tribute to, the most ominous of Kraftwerk tracks, ‘Uranium’.

‘Unelected’ seems to promise a respite into conventional techno, as if the album were waking from the nightmare of the previous track. Yet once its first, coldly metallic impact rings out, it becomes clear that the beats aren’t going to be delivering any cathartic release of tension. Instead the tension continues to increase until the beats drop way, giving ground to an uneasy coda.

No beats are allowed to intrude on the alienated soundscape of ‘Wax Apple’.

Here the conflict is between cycling Radiophonic bass, and nervous piano chords that suggest the inverse of electronic modernist progress. The effect is truly noir and practically begs to be used on a soundtrack. Neither element prevails and the struggle is compelling. In recent years the work of the Radiophonic Workshop has become the object of cosy nostalgia for the always partly illusory age of modernist progress and wholesome public service broadcasting. This means that its heritage as a radical sonic laboratory dedicated to the production of psychological terror and suspense for Doctor Who and numerous other programmes gets overlooked. Perc’s use of their equipment actively reconnects himself to the darker side of their legacy, conjuring genuinely disturbing sonic illusions.

The initial sparse, metallic impacts and a desolate, processed flute lead down another dark corridor. ‘Chatter’ pairs these elements with more serious beats that are uncompromising but never quite ‘kick off’, they remain haunted by the uncanny, flute-led theme that returns to the fore whenever they drop away. There’s an unresolved tension between the beats and pervasive mournfulness. The effect of this unusual combination is subtly spellbinding.

‘I Just Can’t Win’ can only be described a 21st Century Radiophonic techno remix of a 1970s episode of the BBC’s socially-conscious Play for Today. The first couple of minutes are a minimal, post-techno soundscape but then a bizarre vocal sample infiltrates. The voice of what might be an awkward, disaffected art school student or someone unsuccessfully undergoing art therapy. The repetition of the sample brings out the man’s frustration and there’s a genuine feeling of being stuck in a loop. When the sample vanishes it’s certainly not clear that there’s been any kind of positive resolution. The track continues on without him, leaving us to imagine the sources of his frustration and how they may or may not have been resolved. Momentum is maintained by a minimal bass kick and an effective play of harsh textures.

Listeners who’ve made it this far are now rewarded with the relatively conventional and linear ‘The Thought That Counts’. Working from a muted minimal techno template, it crackles with tension and is flecked with fine metallic details. The beats drop out here too, giving way to an eerie electronic chorale that they then return to interact with.

The in your face titling of ‘Spit’ is surely meant as a warning. From the outset, the bass line is seriously menacing, recalling the analogue assaults of Pan Sonic. Then a flanged and heavily distorted sample of a screaming woman in extreme distress intrudes. The effect is genuinely disturbing, it’s a moment of real horror that makes some gabber or industrial seem tame in comparison. There’s an extreme contrast between the strict electronic patterns and the raw, unfathomable distress.

The track seems initially to conform to the same pattern as ‘I Just Can’t Win’ – establish the sample to the point of nausea then let the beats come to the fore, except that in this case just when you think it’s over the sample returns with the final scream twisted into a Radiophonic blast.

‘Rat Run’ is sketchy in more senses than one. It’s not a full-on four-to-the-floor techno assault but it’s not the sort of track you want to run into a dark alley. It’s a bristling, angry interlude, tooled up with rusty percussive shades, detuned radio blasts and assorted improvised sonic weaponry, an uneasy and unresolved experiment.

Shifting the focus again, ‘Look What Your Love Has Done To Me’ pairs a pounding beat that seems like it’s going to build to a techno peak but instead you get an alienated (or alienating) spoken female vocal that seems consciously lifeless and fatigued. A series of words unfold accompanied by a periscope pulse and metallic impacts. “Patience”, “trust”, “wait” and other unfold until the backing drops away as she spells out the anguished title phrase.

Finally, some unexpected respite is provided by ‘After Ball’. It’s an atmospheric beatless finale that finally allows in some light. The soaring but twisted chords that break up as they fade strangely recall Soft Cell’s ‘Say Hello, Wave Goodbye’ and seem to suggest a bittersweet look back at what other torments have gone before.

Bitter Music is part cry of existential despair and political angst, part science-fiction nightmare and part show of creative force. It requires patience, stamina and endurance. It’s a bold and intensively experimental album that sometimes over-reaches itself but leaves an enduring impression.