Are YOU Nature’s Roundest Thing?

Max Planck Institute scholars answer the question: what is the roundest thing in the universe? 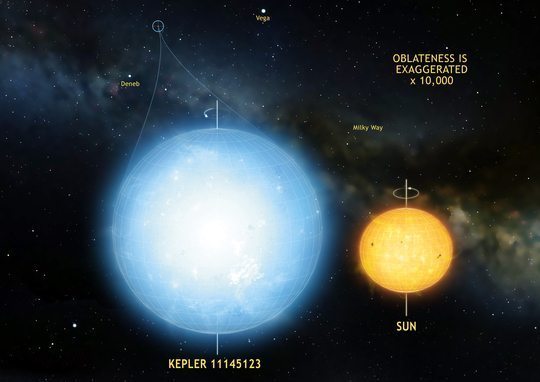 [dropcap style=”font-size:100px; color:#992211;”]N[/dropcap]ow that David Cameron has sidled greasily from the frontbenches of parliamentary politics to indulge in the Tony Blair option of lucrative dispeptic after-dinner speaking and board-of-exectutives circlejerks, there remains an unanswered quetion.

Not the paltry fare of ‘How do we stop Brexit?’ or ‘How do we rescue the NHS?’, which can after all be addressed by any of the swathes of consultant think-tanks touting for seven-figure tricks along the Westminster-Whitehall drag. The Union may fall, the pound may crumble to confetti, but suffice to say there will never be any shortage of publicly-funded White Paper thinkpieces.

No, the pertinent question since the retreat from public scrutiny of Ol’ Shiny Dave’s slick wobbling face is: what, now that David Cameron is but a diminished and discredited common or garden multi-millionaire, is nature’s roundest thing?

We (with a little crib-noting from the Max Planck Institute for Solar Research) duly answer your query.

Stars are not perfect spheres; several mechanisms can change their shape. One mechanism is rotation: the more quickly a star rotates, the more flat it becomes due to the centrifugal force. Since distant stars appear as points in the sky, measuring their shape is a challenging task. A team of researchers led by Prof. Laurent Gizon from the Max Planck Institute for Solar System Research (MPS) and the University of Göttingen succeeded in measuring the oblateness of a slowly rotating star. In their study, which is published on 16 November 2016 in the journal Science Advances, they determine for the first time stellar oblateness with unprecedented precision using asteroseismology — the study of the oscillations of stars. The technique is applied to a star 5,000 light-years (47,000,000 billion kilometers) away from Earth and reveals that the difference between the equatorial and polar radii of the star is only 3 kilometers — a number that is astonishing small compared to the star’s mean radius of 1.5 million kilometers.

All stars rotate and are therefore flattened by the centrifugal force. The faster the rotation, the more oblate the star becomes. Our Sun rotates with a period of 27 days and has a radius at the equator that is 10 km larger than at the poles; for the Earth this difference is 21 km. Gizon and his colleagues selected a slowly rotating star named Kepler 11145123. This hot and luminous star is more than twice the size of the Sun and rotates three times more slowly than the Sun.

Gizon and his colleagues selected this star to study because it supports purely sinusoidal oscillations. The periodic expansions and contractions of the star can be detected in the fluctuations in brightness of the star. NASA’s Kepler mission observed the star’s oscillations continuously for more than four years. Different modes of oscillation are sensitive to different stellar latitudes. For their study, the authors compare the frequencies of the modes of oscillation that are more sensitive to the low-latitude regions and the frequencies of the modes that are more sensitive to higher latitudes. This comparison shows that the difference in radius between the equator and the poles is only 3 km with a precision of 1 km. “This makes Kepler 11145123 the roundest natural object ever measured, even more round than the Sun,” explains Gizon.

Kepler 11145123 is not the only star with suitable oscillations and precise brightness measurements. “We intend to apply this method to other stars observed by Kepler and the upcoming space missions TESS and PLATO. It will be particularly interesting to see how faster rotation and a stronger magnetic field can change a star’s shape,” Gizon adds, “An important theoretical field in astrophysics has now become observational.”

Previous Story:
All of our blood was confiscated at customs: Ice Nine Kills (Interview)

Next Story:
Inside the White (Supremacy) House: Steve Bannon as Chief of Staff