Diversity and Adaptability: How Mammals Survived When Dinosaurs Died

Mammals almost wiped out with the dinosaurs

[dropcap style=”font-size:100px; color:#992211;”]M[/dropcap]ammals nearly went extinct with the dinosaurs, but just edged it.

Mamils, on the other hand, really need to go extinct as soon as possible.
[See embedded video of ‘Mamil Fishing’ – the art of riding an electric bicycle just close enough ahead of a Middle Aged Man In Lycra to activate his ‘Who Are You Calling Old?’ mode.]

Over 90 per cent of mammal species were wiped out by the same asteroid that killed the dinosaurs in the Cretaceous period 66 million years ago, significantly more than previously thought.

A study by researchers at the Milner Centre for Evolution at the University of Bath and published in the Journal of Evolutionary Biology, reviewed all mammal species known from the end of the Cretaceous period in North America. Their results showed that over 93 per cent became extinct across the Cretaceous-Paleogene (K-Pg) boundary, but that they also recovered far more quickly than previously thought.

The scientists analysed the published fossil record from western North America from two million years before the Cretaceous-Paleogene boundary, until 300,000 years after the asteroid hit. They compared species diversity before and after this extinction event to estimate the severity of the event and how quickly the mammals recovered. The extinction rates were much higher than previous estimates based on more limited data sets.

Dr Nick Longrich from the Milner Centre for Evolution, in the University of Bath’s Department for Biology & Biochemistry, explained: “The species that are most vulnerable to extinction are the rare ones, and because they are rare, their fossils are less likely to be found. The species that tend to survive are more common, so we tend to find them.

“The fossil record is biased in favour of the species that survived. As bad as things looked before, including more data shows the extinction was more severe than previously believed.”

The researchers say this explains why the severity of the extinction event was previously underestimated. With more fossils included, the data includes more rare species that died out.

Following the asteroid hit, most of the plants and animals would have died, so the survivors probably fed on insects eating dead plants and animals. With so little food, only small species survived. The biggest animals to survive on land would have been no larger than a cat. The fact that that most mammals were small helps explain why they were able to survive.

Yet the researchers found that mammals also recovered more rapidly than previously thought, not only gaining back the lost diversity in species quickly but soon doubling the number of species found before the extinction. The recovery took just 300,000 years, a short time in evolutionary terms. 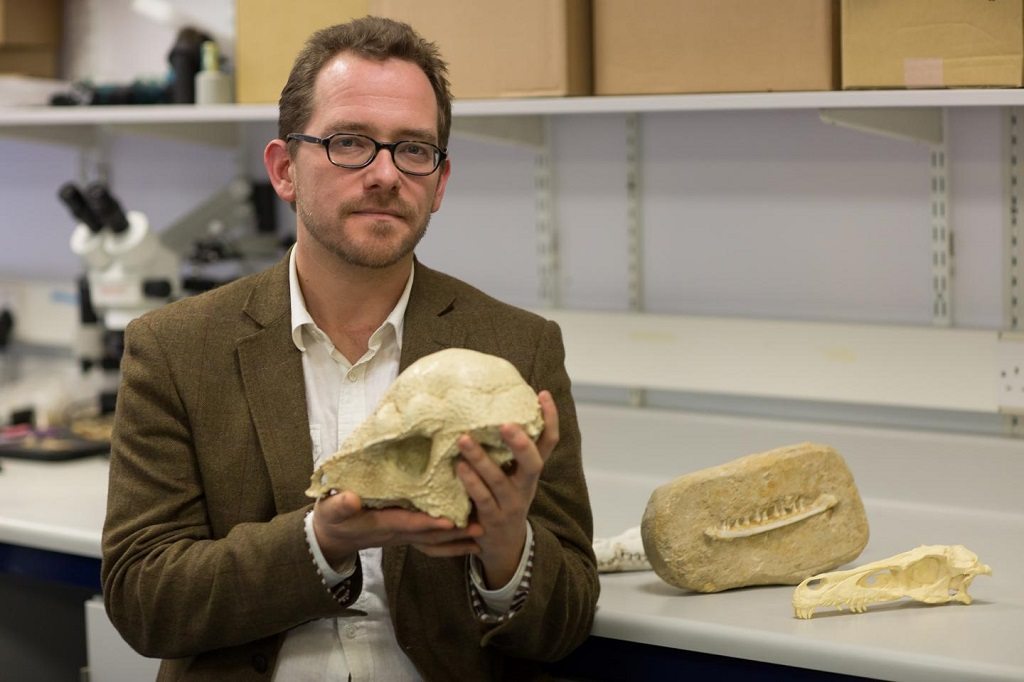 Dr Longrich added: “Because mammals did so well after the extinction, we have tended to assume that it didn’t hit them as hard. However our analysis shows that the mammals were hit harder than most groups of animals, such as lizards, turtles, crocodilians, but they proved to be far more adaptable in the aftermath.

“It wasn’t low extinction rates, but the ability to recover and adapt in the aftermath that led the mammals to take over.”

Surprisingly, the recovery from the extinction took place differently in different parts of the continent. The species found in Montana were distinct from those in nearby Wyoming, for example.

“You might expect to see the same few survivors all across the continent. But that’s not what we found,” said Longrich. “After this extinction event, there was an explosion of diversity, and it was driven by having different evolutionary experiments going on simultaneously in different locations.

“This may have helped drive the recovery. With so many different species evolving in different directions in different parts of the world, evolution was more likely to stumble across new evolutionary paths.”

Next Story:
Flights of Fancy, Theories of Flight (Fates Warning)