Lovecraft Under Will. Liber Al Vel Legis and the Sharp Beak of Horus (H.P. Lovecraft)

In a century of terror, perhaps Lovecraft’s visions make more sense than ever

‘It is true – terribly true – that there are non-human creatures watching us all the time’
– H.P. Lovecraft from The Whisperer in Darkness (1930)

And very occasionally they speak.

In Lovecraft’s story winged fungoid creatures from outer space communicate via a buzzing whisper from behind waxen masks. According to the sorcerer Aleister Crowley, a being from beyond named Aiwass spoke to him for an hour every day on the 8th, 9th and 10th of April 1904 in a Cairo hotel room. Although he never saw the being, it displayed a rich baritone voice and dictated to him the grimoire known as the Book Of The Law or Liber Al Vel Legis. It is the sacred text of the Thelemic religion which Crowley initiated after his visitation.

A grimoire is not to be read in the usual way. Like the fabled Necronomicon it is in fact a book which reads the reader and should be approached with caution. Mindful of this Crowley, in his guise as the Egyptian priest ANKE-F-N-KHONSU, advises in the comment :

The study of this Book is forbidden.

These historical matters may seem dusty and esoteric but, one hundred and eight years later, we live in a century of terror worthy of a Lovecraft weird tale and confidently predicted in Liber Al Vel Legis. It began when ‘The Sheik’ showed his disciples how to imprison the Western world inside its own circumscribed walls using only fear and metal wings from the skies.

A thousand cults of terror inspired by a holy book

Harsh words on the matter, ascribed to the Egyptian god Horus, close out Liber Al Vel Legis. The hawk-headed one declares: I flap my wings in the face of Mohammed & blind him. 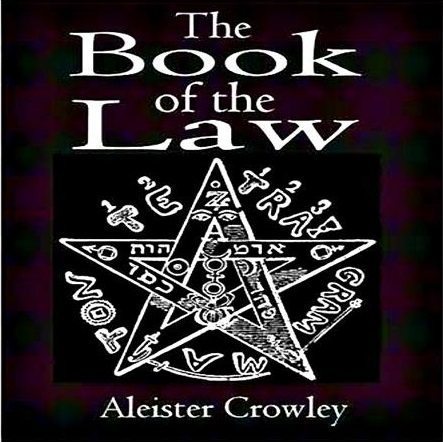 Not only the prophet but Jesus, Buddha and a bunch of other creeds also get the sharp edge of Horus’s beak and claws. The grimoire states that all of the existing deities, including Horus himself, are past their sell-by date. Technically this is known as an Equinox of the Gods.

Without the Gods to light our way there may be just darkness, decay and an uncaring universe as the materialist Lovecraft postulates. Or an infinite space to explore both inside and outside of ourselves as his stories infer.

Don’t expect easy answers if you do dare to peruse Liber Al Vel Legis. After all, you are still only a human finally paying attention to the many voices of the stars and, as Lovecraft points out, there are difficulties on both sides of the gulf:

‘the things come from another planet, being able to live in interstellar space and fly through it on clumsy, powerful wings which have a way of resisting the ether but are too poor at steering to be of much use in helping them about on earth.’

If we listen with intent to these extra-terrestrial voices, wherever they spring from, their instructions are as clear as a bell: Love is the law. Love under Will. There is no law beyond.

Do what thou wilt

Next Story:
What Colour are Action Man’s Pants? If You Know, You’ll Probably Want One of These