Ketone Drink : (Yet Another) Perfomance Enhancer for Cyclists

[dropcap style=”font-size:100px; color:#992211;”]I[/dropcap]
f test-tubes could ride bicycles, there really would be little need for the professional cyclist.

In much the same way as Premier League football really doesn’t actually need the messy and highly injurious business of playing matches (as long as the really important stats, intrigues, transfer rumours, managerial explosions, pre-emptive press conferences, inter-team rivalries and pie sales can be generated, the game itself is largely irrelevant), we hardly need actual men on bicycles to track the interactions of this season’s nearly illegal (or next season’s newly-illegal, if you prefer) performance enhancing substance.

How nice to note the healthy state of independent and pure academic scholarship within our most hallowed seats of learning. Ahem.)

A drink developed for soldiers to generate energy from ketones rather than carbs or fat allowed highly trained cyclists to add up to 400 meters of distance (2% increase) to their workouts , a small UK-led study reports July 27 in Cell Metabolism. The supplement, which will be commercially available within the year, works by temporarily switching the primary source of cellular energy from glucose or fat to ketones — molecules derived from fat that are known to be elevated in people consuming a low-carb, Atkins-like diet.

“It’s really interesting; with a single drink of nutritional ketone you can do the same exercise with completely different metabolism,” says Dr. Pete Cox, a clinician at the University of Oxford and first author on the paper. “Given the findings of this study, which challenges our fundamental understanding of human physiology, it will be tempting for many to focus on pursuing the endurance and sport-related avenues, but it would be a great shame if the metabolic basis of this work was not further explored.”

Ketosis is a way for humans to deal with starvation. Ketones are made in the liver from mobilized body fat, so when the body doesn’t get enough fuel from food, internal fat stores are broken down to make ketones that feed the brain. Normal metabolism is driven by the burning of carbs and fat obtained in a balanced diet. 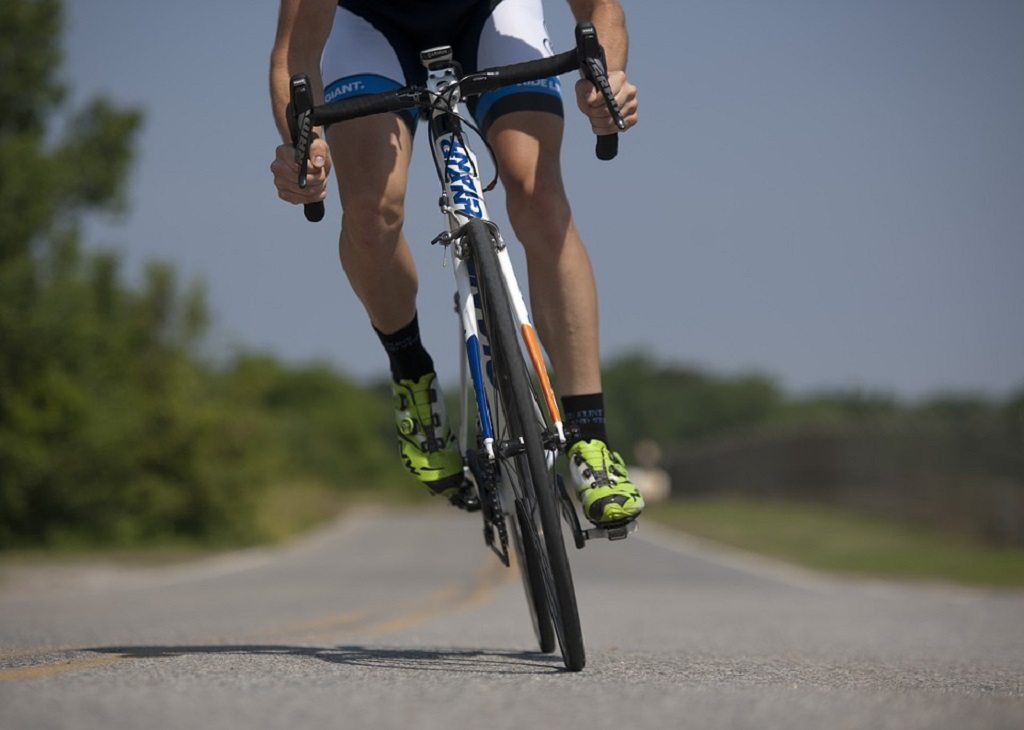 The idea to develop a ketone food group came from the Defense Advanced Research Projects Agency (DARPA), the research branch of the United States army, who put out a $10 million call for the development of the most efficient food for soldiers to take onto a battlefield. One of the people to answer this call was University of Oxford biochemist Professor Kieran Clarke. With Dr. Richard Veech at the National Institutes of Health, she assembled a team who invented the ketone ester drink, and this paper is the first efficacy study to show that the exogenous ketone can improve performance for certain types of activities. (Safety studies have already been conducted, and the drink does not have any adverse effects.)

In a study of 39 cyclists, including some former Olympians, they found that the muscles use ketones when provided in the diet, and that this uptake increases in proportion to the intensity of exercise. In one experiment, the researchers gave the cyclists “energy drinks,” each infused with a different source of fuel — carbohydrates, fats, or ketones — and found that cyclists who had the ketone drink had the lowest levels of lactate, a byproduct of the body’s breakdown of glucose, which is often associated with muscular stress, or the achy, tired feeling felt after a strenuous workout. The observation could help explain why the high-performing cyclists on the ketone drink traveled an average of 400 meters farther over a half hour than those consuming the carbohydrate or fat drink.

“The ketone itself is inhibiting glycolysis, so that with the same exercise you’re preserving glycogen and producing much less lactic acid — this hasn’t been seen before,” Clarke says. “What may be happening is if you are doing something that isn’t a sprint, like going on a 26-mile run, you won’t hit the wall as quickly. Not only that, but it stops you from aching afterwards.”

While a good fit for marathon runners, the ketone drink is unlikely to help many Olympic athletes or sprinters, she says, because their exercise is primarily anaerobic, and the body needs oxygen to burn ketones. Clarke also cautions against drinking too much of the supplement, because while ketones become the primary metabolite, some glycolysis is also needed for them to have beneficial effects.

A University of Oxford spinout company, T?S® Ltd, will now develop and commercialize the ketone drink. Clarke says they are scaling up and are aiming to have the ketone food available for purchase by the end of the year. In the meantime, she and her group will continue to investigate the biology of this alternative metabolism in humans.