When Bees Are Buzzed, Their Behavior Changes

‘Talking of bad heart’, said the butcher, ‘here’s three pounds of it. It’s been sitting out in the sun since last Tuesday….

‘Why did you leave it sitting out in the sun?’, said Mister Gum, taking the horrible sloppy bag from the disgusting butcher.

‘I like watching the flies go mad over it!’ laughed Billy William.

The fine art of winding insects right up continues with important new research into what sends bumblebees into a sugar headrush whitey.

When bumblebees experience rewarding stimuli, they enter a positive emotional state similar to optimism in humans, a new study reveals.

The results suggest that insects may have emotion-like states, a research area that has been the subject of much inquiry in recent years. Here, Clint Perry and colleagues turned their attention to the “happiness” of bumblebees, trying to gauge whether this state was present in the insects by observing how they handled ambiguous situations (in humans under ambiguous conditions, happiness can bias decision-making, serving as a proxy for emotion).

The researchers presented the bumblebees with a cylinder that contained a 30% sucrose solution, and one marked that contained water; in a series of trials, bees learned to fly faster to the former. 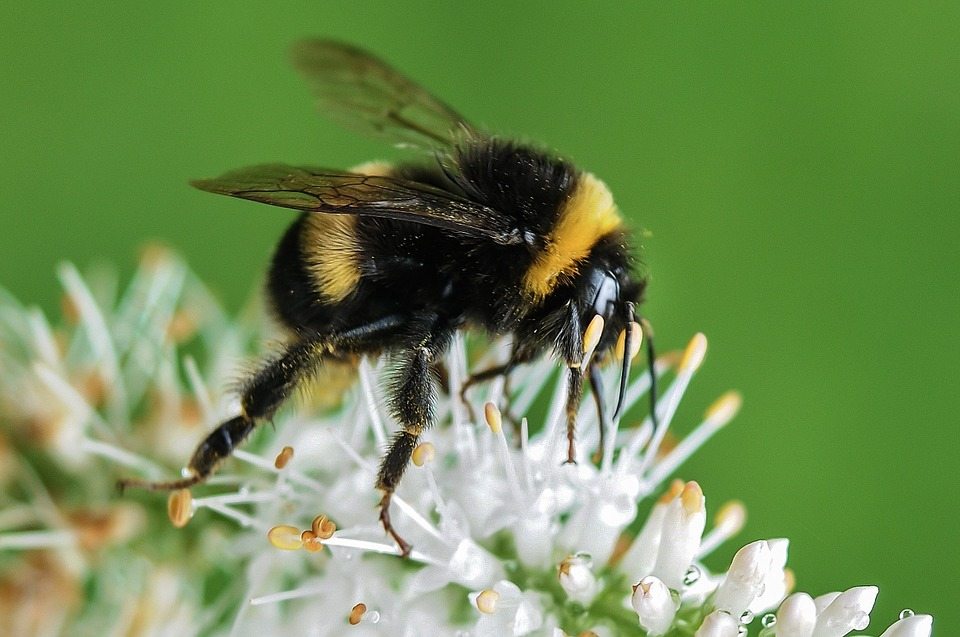 Trials were then used to test the insects’ responses to ambiguity by presenting a cylinder containing either water or sucrose. Bees given a 60% sucrose reward to induce a positive affective state flew faster to the cylinder than non-rewarded bees, much like happy people are more likely to make optimistic judgments about ambiguous situations.

In a second experiment that tested bees’ reactions to a simulated attack from a predator, bees that had consumed a highly rewarding sugar solution before the “attack” took less time to resume foraging. Lastly, through similar foraging experiments, but this time with a dopamine inhibitor, the team found that bees treated with the dopamine antagonist took longer to begin foraging than control bees. In a related Perspective, Michael Mendl and Elizabeth Paul note that “whether ‘emotion-like’ states in insects are accompanied by emotional feelings remains unanswered, but the possibility of insect consciousness is now the topic of exciting new theories and vigorous debate.”

Next Story:
Sleep Not Before the Winter’s Gate (Insomnium)