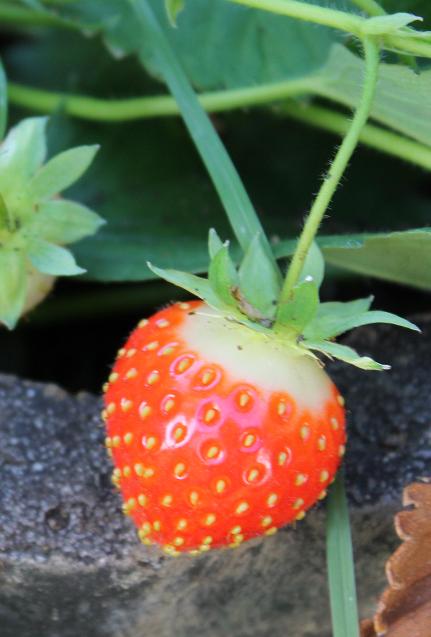 [dropcap style=”font-size:100px; color:#992211;”]T[/dropcap]rail walkers in bear areas are advised to wear bells on their clothing and carry pepper spray.

Brown bears are small, brown, shy and can be deterred with pepper spray. Their dung smells of berries.

Black bears are larger, more aggressive. They can be deterred with bells or pepper spray. Their dung can be identified by its fibrous nature and smells of squirrel.

Grizzly bears are huge, smelly and ornery. Their dung smells of bells and pepper spray.

CORVALLIS, Ore. – A new study suggests that the return of wolves to Yellowstone National Park is beginning to bring back a key part of the diet of grizzly bears that has been missing for much of the past century – berries that help bears put on fat before going into hibernation.

It’s one of the first reports to identify the interactions between these large, important predators, based on complex ecological processes. It was published today by scientists from Oregon State University and Washington State University in the Journal of Animal Ecology.

The researchers found that the level of berries consumed by Yellowstone grizzlies is significantly higher now that shrubs are starting to recover following the re-introduction of wolves, which have reduced over-browsing by elk herds. The berry bushes also produce flowers of value to pollinators like butterflies, insects and hummingbirds; food for other small and large mammals; and special benefits to birds.

The report said that berries may be sufficiently important to grizzly bear diet and health that they could be considered in legal disputes – as is white pine nut availability now – about whether or not to change the “threatened” status of grizzly bears under the Endangered Species Act.

“Wild fruit is typically an important part of grizzly bear diet, especially in late summer when they are trying to gain weight as rapidly as possible before winter hibernation,” said William Ripple, a professor in the OSU Department of Forest Ecosystems and Society, and lead author on the article. “Berries are one part of a diverse food source that aids bear survival and reproduction, and at certain times of the year can be more than half their diet in many places in North America.”

When wolves were removed from Yellowstone early in the 1900s, increased browsing by elk herds caused the demise of young aspen and willow trees – a favorite food – along with many berry-producing shrubs and tall, herbaceous plants. The recovery of those trees and other food sources since the re-introduction of wolves in the 1990s has had a profound impact on the Yellowstone ecosystem, researchers say, even though it’s still in the very early stages.

“Studies like this also point to the need for an ecologically effective number of wolves,” said co-author Robert Beschta, an OSU professor emeritus. “As we learn more about the cascading effects they have on ecosystems, the issue may be more than having just enough individual wolves so they can survive as a species. In some situations, we may wish to consider the numbers necessary to help control overbrowsing, allow tree and shrub recovery, and restore ecosystem health.”

As wolves help reduce elk numbers in Yellowstone and allow tree and shrub recovery, researchers said, this improves the diet and health of grizzly bears. In turn, a healthy grizzly bear population provides a second avenue of control on wild ungulates, especially on newborns in the spring time.

Yellowstone has a wide variety of nutritious berries – serviceberry, chokecherry, buffaloberry, twinberry, huckleberry and others – that are highly palatable to bears. These shrubs are also eaten by elk and thus likely declined as elk populations grew over time. With the return of wolves, the new study found the percentage of fruit in grizzly bear scat in recent years almost doubled during August.

Because the abundant elk have been an important food for Yellowstone grizzly bears for the past half-century, the increased supply of berries may help offset the reduced availability of elk in the bears’ diet in recent years. More research is needed regarding the effects of wolves on plants and animals consumed by grizzly bears.

There is precedent for high levels of ungulate herbivory causing problems for grizzly bears, who are omnivores that eat both plants and animals. Before going extinct in the American Southwest by the early 1900s, grizzly bear diets shifted toward livestock depredation, the report noted, because of lack of plant-based food caused by livestock overgrazing. And, in the absence of wolves, black bears went extinct on Anticosti Island in Canada after over-browsing of berry shrubs by introduced while-tailed deer.

Increases in berry production in Yellowstone may also provide a buffer against other ecosystem shifts, the researchers noted – whitebark pine nut production, a favored bear food, may be facing pressure from climate change. Grizzly bear survival declined during years of low nut production.

Livestock grazing in grizzly bear habitat adjacent to the national park, and bison herbivory in the park, likely also contribute to high foraging pressure on shrubs and forbs, the report said. In addition to eliminating wolf-livestock conflicts, retiring livestock allotments in the grizzly bear recovery zone adjacent to Yellowstone could benefit bears through increases in plant foods.

Next Story:
Author & Punisher to Tour with Pantera’s Anselmo