As an exemplar of the hubris of humanity, the Greenland shark takes some beating.

Recent research indicates that the piscine leviathan, best known to our own species as a disposable by-product of the fishing industry, can reach an age of at least 272 years.

One animal, a single lifespan, that has seen our own waterborne forays go from the wooden hulls and cannon of the Battle of Trafalgar to Trident-loaded nuclear submarines.

While the more than 5 meter long Greenland shark is one of the world’s largest sharks, it is also one of the least understood animals on our planet. The Greenland shark’s general biology and way of life have been a mystery to biologists for many years. However, marine biologists at the University of Copenhagen have now deployed an epoch-making method to unveil one of the greatest of the mysteries surrounding this enigmatic shark – and have come to an amazing revelation: with a life expectancy of at least 272 years, the Greenland shark has the longest life expectancy of all vertebrate animals known to science.

An international team of researchers, led by marine biologists at the University of Copenhagen’s Department of Biology, has revealed one of the enigmatic shark’s many secrets. Through carbon-14 dating, they have found a method to estimate the lifespan of Greenland sharks. Their dramatic results have now been published in the distinguished American scientific journal, Science. The sharks’ eyes have hidden the main clue to their life expectancy all along.

The article’s main author is PhD student Julius Nielsen of the University of Copenhagen’s Department of Biology. He performed the study in close cooperation with the Greenland Institute of Natural Resources, Arctic University of Norway and Aarhus University.

“Our lifespan study is based on the carbon-14 dating of Greenland shark eye lenses. As with other vertebrates, the lenses consist of a unique type of metabolically inactive tissue. Because the center of the lens does not change from the time of a shark’s birth, it allows the tissue’s chemical composition to reveal a shark’s age. We use well-established radiocarbon methods, but combine them in a new way. This approach, along with the extraordinary ages for these sharks makes this study highly unusual,” according to Julius Nielsen. 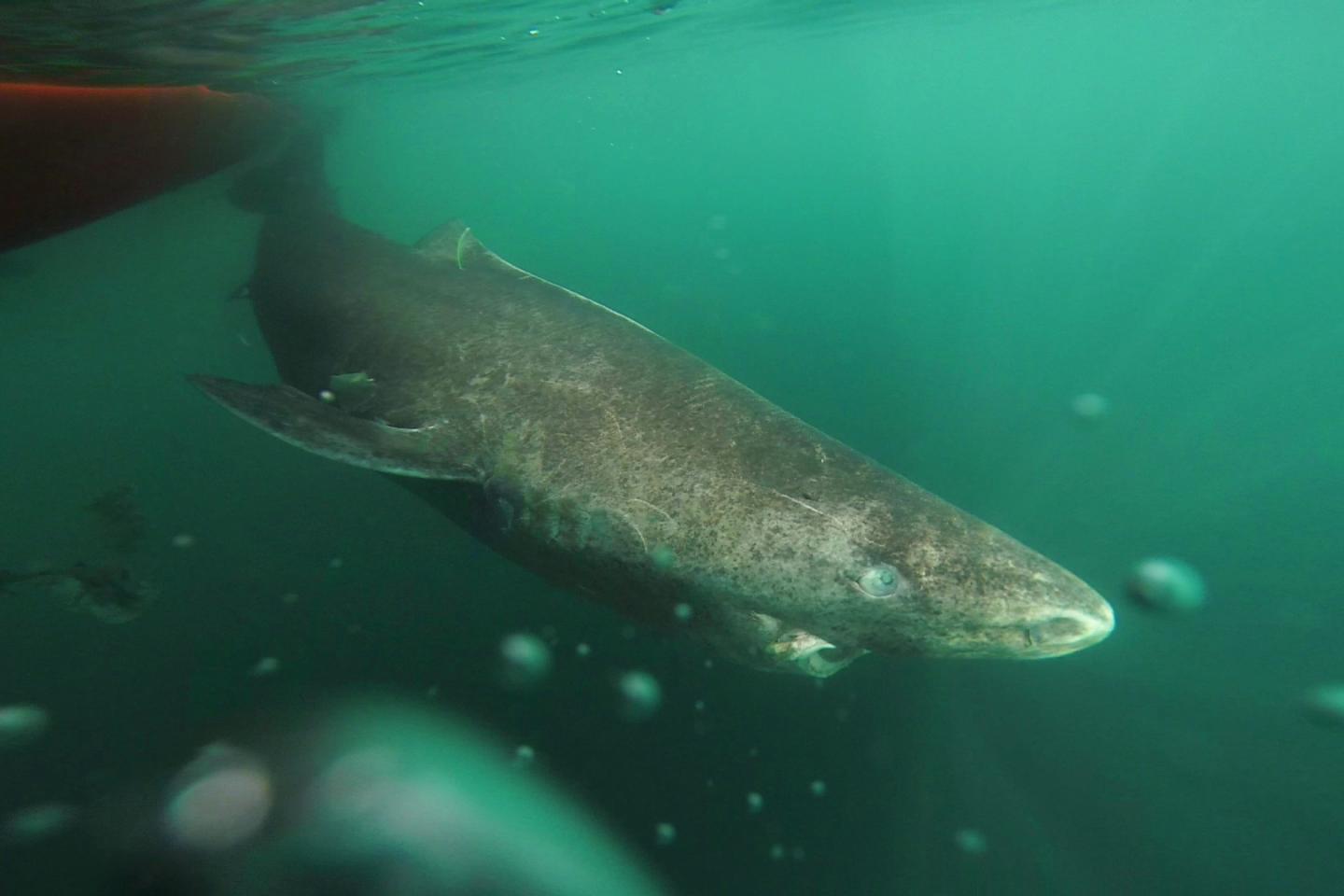 Carbon-14 dating is primarily heard about in relation to archaeological dating. However, due to the incredible life-expectancy of Greenland sharks, it can also be used with them as well.

The study also marks an important milestone for the establishment of sustainable management plans for Greenland sharks. Julius Nielsen continues:

“Greenland sharks are among the largest carnivorous sharks on the planet, and their role as an apex predator in the Arctic ecosystem is totally overlooked. By the thousands, they accidentally end up as by-catch across the North Atlantic and I hope that our studies can help to bring a greater focus on the Greenland shark in the future.”

Interdisciplinary collaboration Aarhus University researchers were responsible for the carbon-14 analyses, and the study is a good example of the synergistic effect that occurs when different research fields collaborate and make use of each other’s competencies. The analyses based on these results are anchored in the complex interactions between atmospheric physics and fish biology. According to Jesper Olsen, of Aarhus University:

“This study of the Greenland shark’s lifespan has been made possible due to the close cooperation between University of Copenhagen and Greenland Institute of Natural Resources biologists, with their knowledge of sharks, and Aarhus University researchers, with their carbon-14 dating expertise. While measuring the carbon-14 was unproblematic, the model used to date the longest and oldest of the Greenland sharks was challenging.”

The Greenland shark lifespan study is part of a PhD project addressing the Greenland shark’s general biology and runs for a period of 3 years. As such, the project also examined other aspects of Greenland shark’s biology. The collection of Greenland shark specimens used in the study has been conducted over a number of years mainly from accidental by-catch during the Greenland Institute of Natural Resources annual fish survey but also from UiT Norway’s Arctic University, DTU Aqua and University of Copenhagen research vessels. The international team of researchers behind the article in Science also includes researchers from National Aquarium Denmark/ Den Blå Planet, Oxford University (UK), Indiana University South Bend (US), and the Virginia Institute of Marine Science (US).