Death Metal is a Serious Business [Dawn of Azazel] 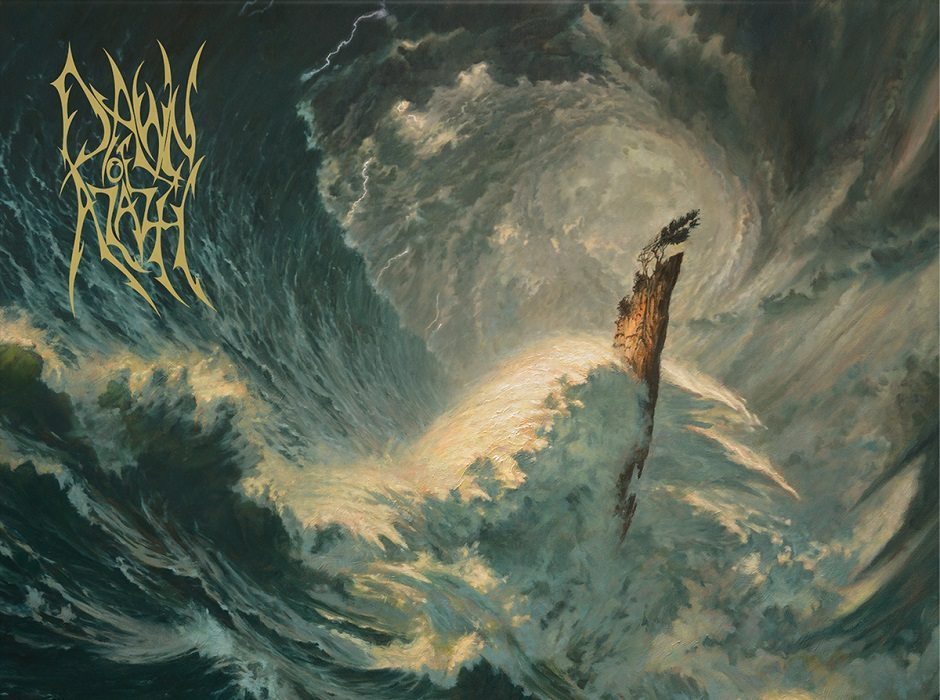 [dropcap style=”font-size:100px; color:#992211;”]T[/dropcap]ides of Damocles: the latest offering from Kiwi death metal outfit Dawn of Azazel, packs more punch than the Irresistible Foe after which they named track two.

Which is fortunate, because the only thing more profound than the bass is this band’s lack of irony.

Stravinsky would be proud of those opening chords. Seriously. Tides of Damocles throw in jarring dissonance with pleasing regularity: another strike in their mission to make music that sounds really violent.

Flashes of razor-sharp riff burst through thudding chunks of guitar, ripping up the beat and holding your attention. Probably up against a wall, somewhere dark, asking for your purse. ‘The Odious Tides’ has a pleasingly meaty five-beat riff, while the introduction to ‘Progeny of Pain’ jumps around like a cricket on crack.

Dawn of Azazel have toured with Necrophagist, Kataklysm and Deicide, and you can hear why. ‘Tides of Damocles’, released on their Bandcamp page on 28 April, is their fourth album and a thoroughly competent hunk of tech-laced death. The relentless hammering and visceral roars will keep their core audience happy – but it leaves you wondering what they’d come up with if they let go of their single-minded obsession with brutality.

Tech metal in monochrome, the guitars are either menacing or off. The vocals are either growly or off, except for a neat little vomiting noise half way through ‘Vassalplasty’. As for the lyrics: ‘trial by fire and flame’? ‘Live by the sword, die by the sword’? Violence here! Violence there! Violence everywhere! Unfortunately, it’s not funny violence. If butchery is your business, at least take a leaf from Gorerotted’s book and call your tracks something like ‘Put Your Bits in a Concrete Mix’.

On that note, I’m off to listen to the Archers.

Previous Story:
Megatron or Optimus Prime : Which Leader Are You?

Next Story:
Child Safety? There’s an App for That