Megatron or Optimus Prime : Which Leader Are You?

The Transformers’ characters and the stories told in the cartoon are a modern example of traditional folklore as a means of educating individuals about leadership. 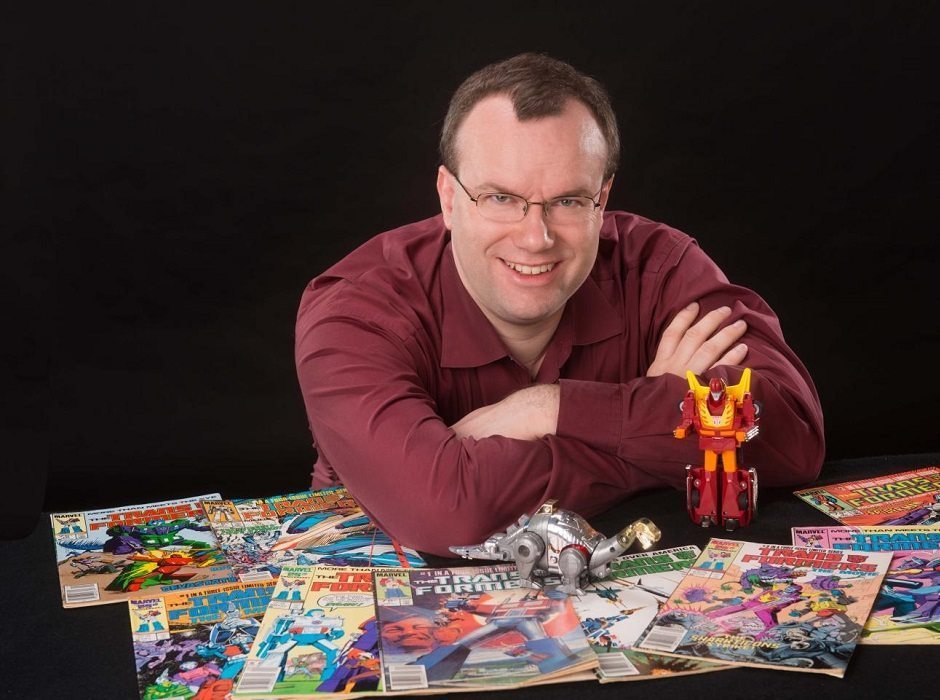 Which kind of leadership qualities would YOU prefer in a manager fighting for the greater good and sustained profitability of The Organisation? The noble altruism of Optimus Prime or the conniving duplicity of mega badguy Megatron (boo, hiss)?

New research by the University of Nebraska-Lincoln’s Peter Harms shows there is more than meets the eye when it comes to the impact of Saturday morning cartoons.

The research examines how fantasy-based stories — specifically those from the popular 1980s “The Transformers” cartoon and movie — can shape children’s perceptions of what behaviors are associated with effective leadership. It also could provide a basis for workplace-training programs.

“Storytelling is the traditional way we use to teach children about all manner of important issues concerning society and the proper way to behave,” said Harms, assistant professor of management. “Beginning with Homer’s ‘Iliad,’ we have used stories to examine what the role of government is, what we should expect from leaders and their followers and what the consequences of violating these norms are. It is a meaningful and memorable way to communicate such information.

“‘The Transformers’ characters and the stories told in the cartoon are a modern example of traditional folklore as a means of educating individuals about leadership. And, as examples go, one that is particularly relevant since the generation that watched them and were exposed to the toys are in their mid-30s to early-40s. They are the decision makers of today and the immediate future.”

Transformers is an entertainment franchise developed by the Hasbro and Takara Tomy toy companies. It started in 1984 with a toy line of transforming, alien robots fighting a civil war that spread to Earth — the “good” Autobots seeking peace and the “bad” Decepticons vying for domination. The franchise has grown to include animation, comic books, video games and films, grossing more than $1 billion.

For the project, Harms teamed with Seth Spain of Binghamton University to rate the leadership skills of more than 120 characters featured in the first two years of “The Transformers” cartoon (1984-1985) and the 1986 film “The Transformers: The Movie.” The individual leadership ratings were developed using “Bio and Tech Specs” profiles printed on the back of Transformers toy packages.

“It was kind of a crazy idea, but it worked out well,” Harms said. “For both factions, the single most important factor that determined an individual’s place in the leadership hierarchy was intelligence.”

Harms said the profiles, which were developed by Hasbro marketing teams, are a reflection of how people make sense of the modern workplace.

“Often, when people are asked to rate why someone is the leader of an organization over another person, they will say it is due to intelligence,” Harms said. “It’s a way we justify things, even if it’s not necessarily true.”

The study also provides examples of the leadership skills of the two sides — primarily the authoritative Optimus Prime, leading the Autobots via benevolence, self-sacrifice and forgiveness; and authoritarian Megatron, ruling the Decepticons through threats and violence.

Harms and Spain show that while the Decepticons often have an advantage in each story, Megatron’s plans are undermined by the incompetence and disloyalty of his followers. On the other side, while the Autobots are portrayed at a disadvantage, they ultimately triumph based on the loyalty and initiative of their leadership and followers.

“While simple, those kinds of lessons can be useful when carried into the business world,” Harms said. “Moral lessons in ‘The Transformers’ and other fiction for children have played some role in shaping our understanding of how organizations should function and our perceptions of how the leader-follower dynamics should operate.”

The study, “Children’s Stories as a Foundation for Leadership Schemas: More than Meets the Eye,” will roll out in Emerald Group Publishing’s book series “Monographs in Leadership and Management,” a series of academic books published for more than 10 years. The series seeks to promote a “comprehensive research agenda into what constitutes real leadership and management.” Articles are peer-reviewed by other authors and the editor before they are accepted for publication. The title of the volume is “Leadership Lessons from Compelling Contexts.” It is scheduled for release in spring 2016.

“There’s a chance this will be dismissed as an unserious topic because it’s based on characters created by Hasbro and not by Shakespeare or Homer,” Harms said. “But you can find truth anywhere. You just have to look for it.

“Without question, there’s more to the Transformers than meets the eye.”

Next Story:
Death Metal is a Serious Business [Dawn of Azazel]