[dropcap style=”font-size:100px; color:#992211;”]S[/dropcap]oundcloud’s orange-hued blocks of waveform tick across the screen to the sounds of new talent Charlotte Branson.

Her hard-edged voice works the tweeters hard as she draws out nu-soul tales of earned wisdom. Think Jessie Ware meets Gloria Gaynor. A complexity in the timbre of her voice  articulates more than just the words she’s relating. Adds the kind of inflections that perhaps question or multiply the overt message of the lyric.

It seems like a good idea to talk to the woman herself about what goes into these strong songs of anguish and hope, before the media circus gets stuck into its inevitable feeding frenzy.

Your songs are, would you say angry?

I wouldn’t say angry, I’d say deep. The songs aren’t anger-based, they’re kind of based on hurt. Sometimes I can do anger, but I wouldn’t say they’re angry songs. They’re more empowering songs.

One word that springs to mind is ‘feisty’. Have you ever noticed that men are never described as feisty?

Some men can be feisty! I think with regards to me, I am a bit feisty. I’m quite a big personality, I have all my thoughts and I’m a very deep person. That comes through in my music. My music’s about hard times that I’ve been through. People can listen to it and relate. I want my music to be relatable. For people to see that there is hope.

What was the hard time? Anything particular?

Hard times with people, whether it’s like, boyfriend, or a person in a relationship, or a parent. I struggle a lot with my father. Some of that is in my songs. I’ve been through a quite extreme relationship that goes through a lot of the stresses that relationships go through. I talk about that, and how that relationship wasn’t right for me, and what that person did to me. I’ve come out a stronger and better person.

Is it a specific person you have in mind, or are you drawing on archetypal ideas of rejection and hurt?

Yeah, sometimes. But I’m not the one being rejected. It’s me that’s been in a shit situation, but taken myself out of it.

Where does the music come from? You could, for instance, have decided to go on X-Factor and belt out Adele tunes, but didn’t. What is it you want to say?

I’m a performer, writer, singer. Those three things together, that’s what I want to come across as. I started writing at fifteen years old, about shit that upset me, whether it was this lad at school that I fancied, but he wouldn’t pay me any attention, or whatever else. I just wanted to write about it. I want to be a respected artist, so I don’t want to just get up on stage and sing someone else’s songs. I want to sing songs from my experience.

Did you sing in a choir at school, or in a church? Where did the singing come from? 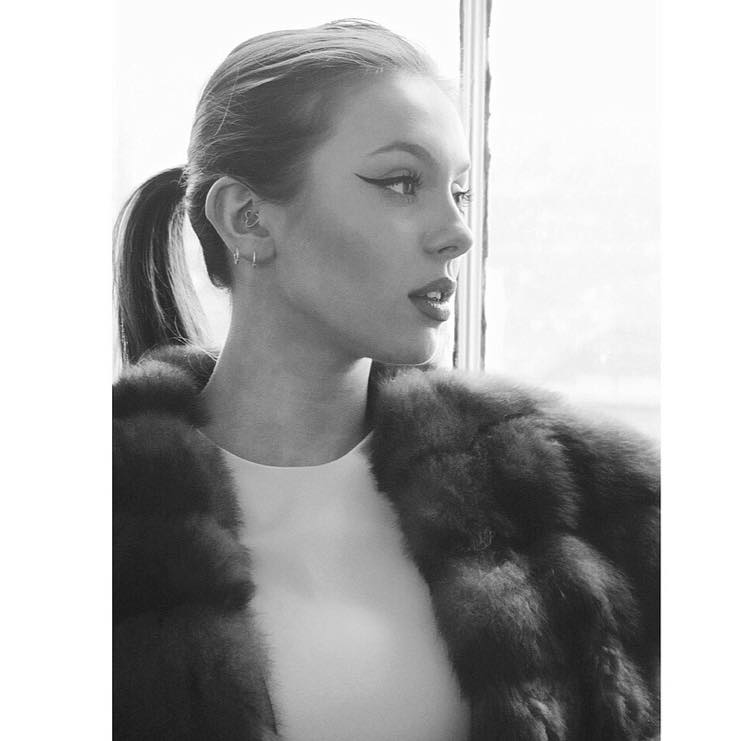 No, I wanted to be a triple threat. I started off as a dancer and then I got into acting. Then came singing. I wanted to be good at all three, so I started singing lessons with some music people in Sheffield. They suggested, to help my confidence, that I enter this competition in Sheffield. It was the first time my family’d ever seen me sing live. I got up and performed ‘Man’s World’ by James Brown and my whole family were like, ‘WHAAAAAT! Don’t be doing dancing, don’t be doing acting, you need to be singing! Do that!’.

People in Sheffield got to know me, and it just started from there. And then the Arctic Monkeys’ manager got a hold of me, introduced me to other people, and it progressed.

I tried stage school, got accepted to a really good stage school (CAPA) but, oh, musical theatre is not for me.

If you’re about to launch into one of these vocals, and they are based quite often in hurt, or in intense emotions, can you just jump into that, or do you have to try to relive it?

Sometimes I might get to the studio in a really good mood, but I’m going to be performing a song that’s about a different emotion, not about being happy or excited. It’s about what the song is. I need to sing things that people believe. I do find I have to get myself back into that mindframe to perform. I do find it quite easy because of my acting background. It comes quite naturally to me.

Do you have to feel that when you’re writing them?

How do you find the process of recording? Just listening to yourself singing the same song over and over. Is that freaky?

It’s not, really! I find it rewarding, not that tiring. Studios can be, not the most exciting or inspiring places, but you’re creating this artwork, this picture, watching it start from the beginning to the end and that’s an exciting process.

Do you gig much?

Yeah, a lot around Sheffield. I’ve got a band of very talented gents, old school jazz people in Sheffield. We do a lot of gigs doing my own stuff, plus jazz and soul stuff, blues, classics, Etta James and Aretha Franklin, R&B, soul stuff.

Yeah, there’s a lot of soul in your current record, definitely. Any other influences?

Amy Winehouse is an obvious influence. Very soulful. People like Tony Bennett, Billie Holiday. She wrote about things that are, quite depressing, quite deep and upsetting. Things that you can relate to. I have a lot of soul influences, but also R&B: Blackstreet, The Fugees, things like that.

People don’t make albums for themselves, there has to be an audience. Who is it you’re making this album for? What are they supposed to feel?

This album’s for anyone who can connect with the songs in their own personal way. All I want is to produce music, perform music that people want to enjoy watching, and want to listen to, that they can relate to.

Are certain songs more difficult to write and perform? Does that make them more worthwhile?

Definitely. When it’s something personal I do find myself getting more choked up by it. It means a lot to me, and sometimes that can be hard to sing about. It’s quite raw emotion. It’s performing. Out of everything, I’m a performer. I’m very much performance-based, it’s what I love to do.

Could you do a love song or does there have to be hurt and pain in there?

So the project at this point is about finding some, well, pleasure to write about?

Next Story:
What’s For Afterbirth? The Benefits, or Not, of Placenta Consumption