Since 2005 Tristan Shone has dedicated himself to making experimental industrial music that, while easy to describe, cannot be emulated.

Reflecting heavy manufacturing his music is industrial, metallic and alienating, mirroring a skilful distortion of music and humanity. Key to his sound are the instruments he builds which by all appearances are deliberately difficult to master, constantly testing the user as though he were a Greek hero railing against a capricious Olympian system of favours. Through these exertions he creates nuanced tonal variations within sweeping harmonic peaks that blast out with particular efficacy on tracks like The Barge and Callous and Hoof.

Departure in some way from his previous efforts where Shone would create large percussive arrays that build in intensity before shattering apart (and/or the listener). On Melk En Honing he’s moving into more melodic territory and giving greater prominence to his vocals, and subsequently, his lyrics. 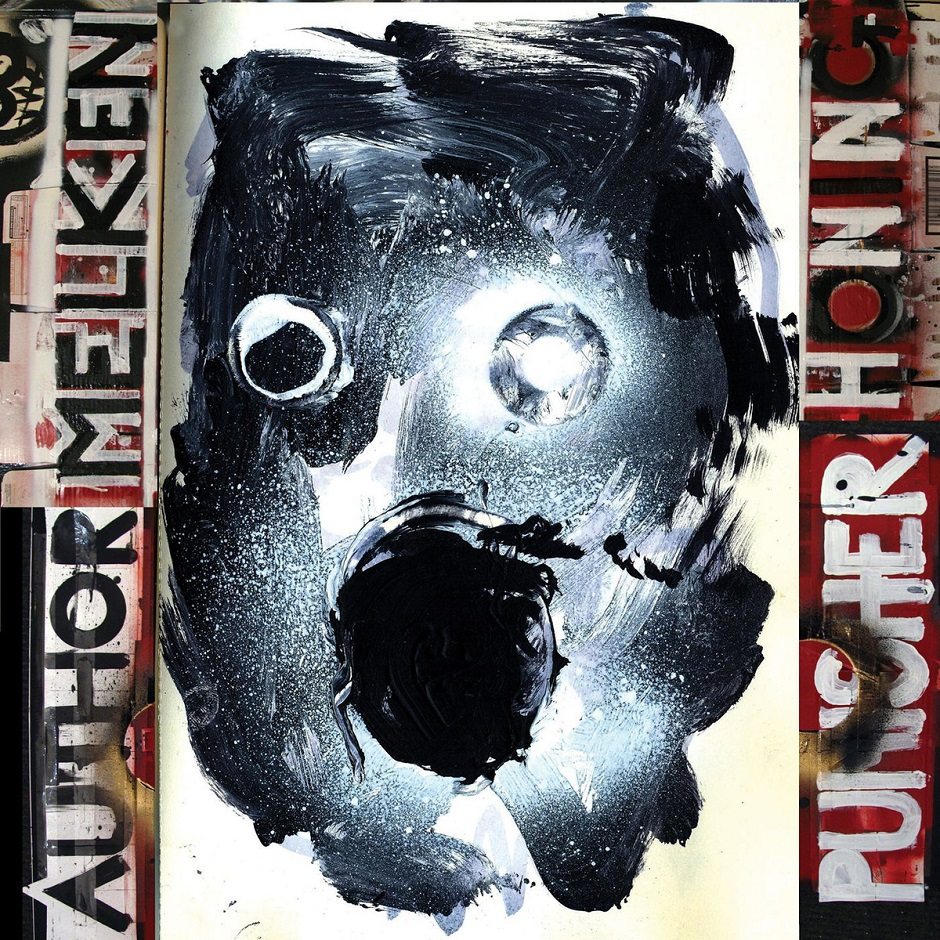 Similar in both subject matter and delivery to Godflesh, Ministry and Killing Joke, you’d expect this to be neither an immediate nor an uplifting experience. However within the thick grime and grease of this record there is a sort of release that, once understood, feels uncomfortably familiar. Dropped beats, increasing bass and treble panning. We’ll stop short of saying Big Shone is Lil’ Jon but these are techniques that have much in common with EDM.

Playing with these techniques does not mean that’s trapped in the same quagmire, and on all tracks we see that Shone almost ironically uses these concepts to make larger points on anomie, refusal, mutual rejection and Zarathustran realisation.

Melk En Honing is by no means a totally dark record though. Compared to his previous work we see a development of structure, continuance and melody. In some cases even a tune you can hum!

Produced by Phil ‘Pantera’ Anselmo it’s not entirely clear how this working relationship produced this record, or that the vision of either master was completely sated. The doomy Amebix atmosphere of the record seems to have come at a loss of the more percussive polyrhythms that profitably propelled the earlier records from within the ranks to above them. Not that this makes the record any less a triumph of artistic form, it just makes it a record that I don’t feel the need to listen to again.

In the end the listener is left missing the twitchy catchiness of the earlier material, replaced as it is with stentorian drones more worthy perhaps, but definitely less fun.

Compared to any number of post-Neurosis bands (Amenra of note) Melk En Honing sits happily in their midst but never eclipses them. The expectation was for a grander, wilder record; a burning vision that would put him into the same stratosphere as Swan’s dazzling To Be Kind. As it is, we have something special, but not especially necessary.