[dropcap style=”font-size:100px; color:#992211;”]T[/dropcap]hus far, 2016 has been a monstrous shit of a solar year, wreaking havoc as it devoured beloved celebrity after beloved celebrity (and the whole notion of irony), unleashed chaos and mayhem upon the world, and saw the UK drive the whole bus off a cliff and into a deep ravine because we ‘wanted to take back control’.

Or post turds through the letterbox of a Polish family. One of the two. We’re not quite sure.

So, once again, we find ourselves in the strange place where angry shrieking vocalists, screeching guitars and lyrics about shagging corpses provide a welcome release from the world and its vileness. Because metal, after all, is escapism (the antics of certain Norwegians notwithstanding).

The perfect epitome of this is the latest album by Creepsylvania’s finest thrashers Ghoul. While this pack of deformed and dishevelled sub-humans have been known to moonlight as human members of bands such as Exhumed or Impaled, the day job has always been a richly amusing venture. Their new album, Dungeon Bastards, does, after all, open with a sample from an Idi Amin bio-pic and then later features a clip from a Jeremy Paxman-fronted episode of Panorama from 1980, about how we’re all going to die horribly in a nuclear war. You can’t fault them for variety or trips down the archive.

Nor, however, can you ever fault them in the thrash-death stakes either. Like the bulk of their back-catalogue, Dungeon Bastards is a tight and wonderfully catchy record, aimed at getting a pit to start punching itself in the face and keeping it punching itself in the face until the final track, “Abominox” plays its last note. Of course, the formula hasn’t much changed since the band’s 2002 debut, “We Came For The Dead” – multiple vocalists, breakdowns, bounding beats, solos, riff-laden hooks and strong choruses…. The point is that it still seems to be working, as standout tracks “Ghoulunatics”, “Word Is Law” and instrumental “Ghetto Blasters” demonstrate. Detractors may tire of the cartoony schtick, but really, it’s thrash metal. Isn’t it supposed to be fun?

Next up is I Ate Myself to Grow Twice as Big, the new record by Belgian noiserockers, 30,000 Monkies. 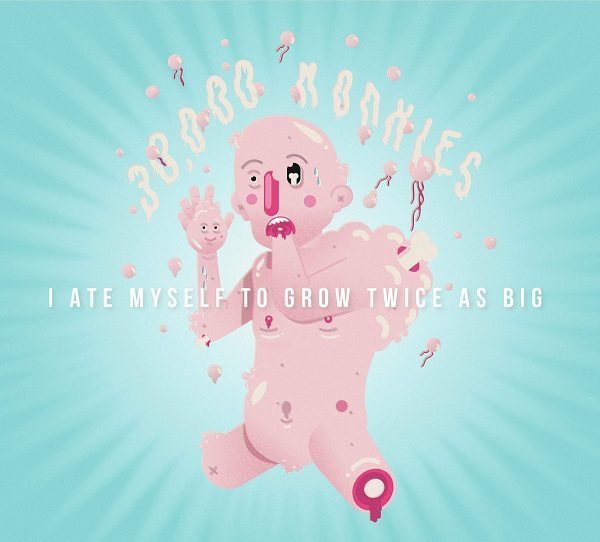 This is their first full-length after a series of apparently well-received EPs, but the end product leaves much to be desired. Ever sat on a bus while a couple of twats called Crispin and Tom moon over their smartphones several seats ahead of you and guffaw loudly while some halfwit they knew from Public School sticks a cucumber up his arse on Vine for a bet? In many ways, this is a perfect summary of that album.

Loud? Yes. Discordant? Yes. Experimental? Well, durr. But it is also far too satisfied with itself to attempt to reach out to its audience, instead bombarding it with a torrent of shrieks and roaring riffs going nowhere in particular. It’s messy and not in a good way. This is not to say that formless, unhinged, crazy shit can’t be good. Merzbow and Melt Banana, that this crew has the sodding cheek to compare itself to, demonstrate you can. The thing is, writing a good song without a tune is every bit as hard as writing a good song with a tune. Those 30,000 Monkies need more practice.

Finally, there is The Age of Aquarius by gothed-out Finnish black metallers, Gloomy Grim. Neither abrasive enough to be on par with the more demented goat-fucking end of the BM specture, nor quite commercial enough to get a sniff of that sweet-ass quasi-mainstream success Dimmu Borgir and Cradle of Filth have accrued over the years, GG is something of an underdog, although that’s never stopped them in what is now a 20 year career. 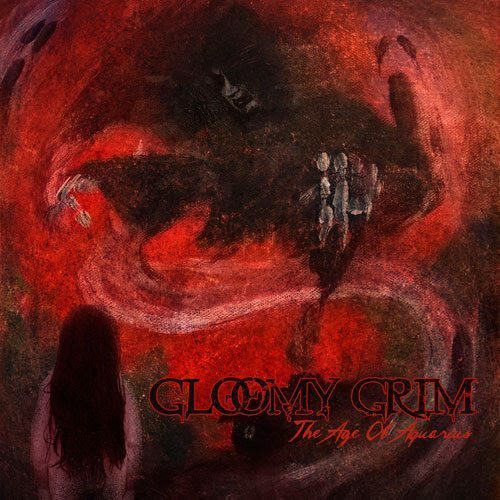 The Age of Aquarius is therefore… enjoyable. Yes, it’s as cheesy as the deli counter in a French hypermarché, but still, there is much to be said for an album where one track, “One Night I Heard A Scream” works as a surprisingly good ghost story as well as a horror-infused and faintly epic song. “Beyond The Hate,” meanwhile, shreds away with wild abandon before pausing for some slow and heavy moments. Overall, the album is varied, experiments well with strings and sound effects (especially in “Time”), features some good keyboard work and invests a good amount of effort into making its songs both varied and inventive. It’s a good record, overall, but doesn’t quite have enough stand-out moments of brilliance to go any further.

So as we await with trepidation whatever crazed bollocks 2016 has left to inflict on us, and the Rio Olympics is about to dissolve into a slurry of dysentery, Zika virus and enough doping to kill a Russian weightlifting team (ALLEGEDLY), let us at least take comfort in one fact – metal isn’t really about horror, mayhem, slaughter and madness; it just sings about them.

In that sense, of course, it’s the world’s most underrated catharsis.

Next Story:
Uncoupled Forever. The Science of Single Life