The Forme to the Fynisment Foldes Ful Selden

A strong line-up balances reverence for old forms against modern storytelling in this worthwhile release to round off the Dark Britannica project. 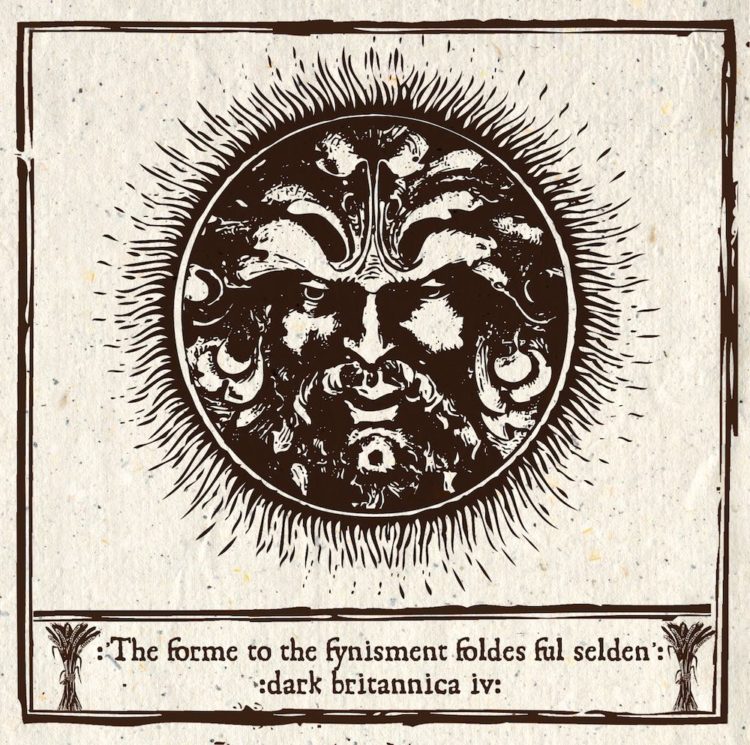 [dropcap style=”font-size:100px;color:#992211;”]T[/dropcap]his fourth, and final release of Cold Spring’s Dark Britannica series has been some time in the making: a full 13 years after the first album, the collection is nonetheless an accomplished project with much to recommend it. Variety comes via musicians from a range of backgrounds, from black metal to darkwave and experimental; we also have tracks spanning the decades, providing a rich array of interpretations of dark folk.

The overarching themes here, as with previous albums, relate to nature: the seasons, the passing of time, and man’s relationship to history and the land itself. Perhaps one of the most interesting things the album offers, though, is in the relationship between history and modern tale-telling, and many of the best songs included reinterpret old history and folklore through new compositions, for example in tracks “Æcerbot III”, “The Shaming of Agnes Leman” and, whilst an older track, “The Roses of Eyam”.

There are many highlights across the two discs offered here: on the first of these, Finglebone’s field recordings work well alongside the instrumental track “Befuddled”; Sol-de-Muerte has a “Lost Hearts” folk horror vibe; the beautiful, morose Soldat track “No One / No Body” is a standout inclusion; whilst the simple brilliance of bands Thornland and Larynx and Claw show that silence is as important as melody. Peleser opt for more of a neofolk sound, but their track “From the Horse’s Mouth” has a nicely ominous, even nightmarish feel — it’s the darkest thing on this release.

On the second disc, the inclusion of Dead Can Dance’s Peter Ulrich and his exclusive new track “Lammas Dance” provides one of the finest songs here, encapsulating the ‘new-old’ idea perfectly. Wolcensmen with “Shield and Spear” builds steadily to something immense; the oddly evocative “Ilud Tempus” by Alex Monk and the hauntological visions of The Psychogeographical Commission provide interesting range; and the closing track, “Eldorado” by Ignis Astrifer, is a richly layered interpretation of Lord Byron’s “She Walks in Beauty”. The only weaker moments are some of the songs which use more of a spoken-word approach; these are not many, and given that there are 32 tracks altogether, they don’t impact too much upon the rest of the collection.

Whilst it’s unlikely to convert listeners to folk music had they not already some interest in it, The Forme to the Fynisment Foldes Ful Selden brings together a strong line-up of tracks, balancing reverence for old forms and styles against a modern interest in musicianship and storytelling. It’s a worthwhile release with which to round off the Dark Britannica project, and as such it’s well worth the wait.

The Forme to the Fynisment Foldes Ful Selden is available via Cold Spring on digital from today, with the CD release following on 11 September. Buy it here.

Next Story:
Screen Grabs and Future Constructs in the Work of Ian Francis