In a clip of ‘Goldsmiths is it Art’ a documentary which followed the trials and tribulations of a group of post graduate students there is an interesting cut away to a lecturer, David Mabb who states, ‘an artwork is a proposition, its and argument for a world view,’ this statement seems to imply that all art is political despite its motivations, an artwork will always be giving force to one set of values or another.

This means that any creative practice even a wallpaper design has political implications, no surprise that Mabb then an artist in his own right has been obsessed with William Morris who believed that art and craft was important for a transformation of everyday life.

I have a lot of sympathy for this way thinking it takes away the idea of purely decorative art, even the most banal wallpaper from Ikea is effectively giving force to world view, to an attitude which promotes a certain set of ideas.

Mabb’s image above attempts to bring together two utopian moments Morris’s arts and crafts values with the abstraction of Russian constructivism both styles having been developed alongside powerful ideas about how society might be enriched and reformed by design.

Mabb is trying to blend these two ideas into something new, something which in his own words gives force to,

‘the idea that art can contribute

to a better world and not the prevalent

idea that art is a commodity’ David Mabb

The symbols are not totally niche; lots of people for example are aware of the arts and crafts movement and may recognise Morris’s work. The contrast also between the abstract constructivist symbols and the more familiar wallpaper designs highlight perhaps what’s lacking in the respective separate movements the one has become co-opted by taste and feels safe, the other represents a different colder sensibility no less commodified into chic white rooms with simple scandi designed furniture and a Kandinsky print on the wall. Mabb’s wager is that one might re-activate the radical potential of the other.

This level of political engagement however is to do with building a culture, actively taking part in the transformation, survival or simply the dissemination of a set of values for public reflection and consumption. The idea of action in the social field is harder to see here how does this transfer into a political act or action?

In the early 20th century the Surrealist group headed by Andre Breton would also encounter this issue, the radical shift in emphasis that Surrealism represented and championed (analysing ones dreams, incorporating memory and the use of the unconscious) These ideas were linked for the Surrealists (all at one time members of the French communist party and venomously anti-religious) to a general attitude of resistance to the mainstream and a feeling of revolt.

Dawn Ades professor of art history has said that for surrealism (specifically Breton) being able to imagine an alternative was paramount, quoting Breton in an interview she states,

‘by the eighteenth year the imagination is killed off altogether and one can no longer imagine an alternative’, If the ability to think differently is eliminated by the demands of a repressive society then there won’t even be soldiers for the revolution so to speak.

The surrealists protested against French imperialism, were for in theory the rights of woman and rejected the fashionable middle classes. Breton made use of the ‘art manifesto’ so the intensions of the group would be understood, was also evidently utopian and hopeful, he organised many international exhibitions and befriended Trotsky after his exile from Russia.

We can see that Ernst’s ‘Europe After the Rain’ is both personal (it features the figure of Lop-Lop, a psychoanalytic self-portrait) and political in its obvious references to the destructive effects of warfare, the birdlike figure of Lop-Lop wanders through a suggestive post-apocalyptic landscape the result of people so embedded in their patterns of behaviour and thinking that they destroyed their world

Satire in art is also about the cultivation of a sensibility albeit a cynical one and an attempt to draw attention to pertinent problems. The artist Darren Cullen employs a bitter and comedic tone in works like Christmas Cards, we can assume that his intension is not simply to ruin the magic of Christmas but to make a point about the economic inequality and the illusions which help to make it acceptable the language he uses lends from advertising and tabloid style satirical cartoons he has also drawn upon installation and performance as can be seen in ‘Pocket Money Loans’ 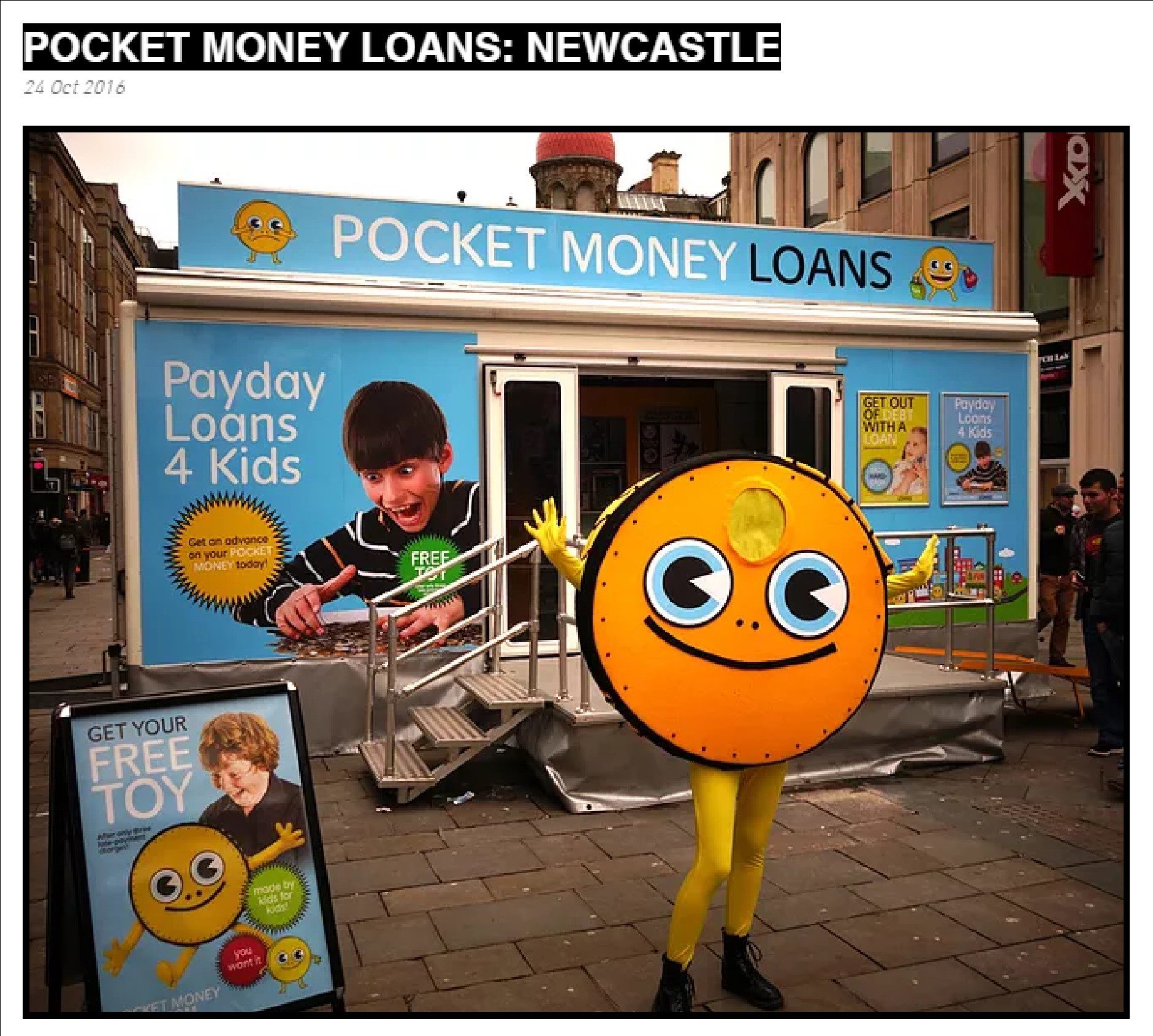 The absurdist and bitter tone is reminiscent of the Dada movement who also acted out absurd performances to raise awareness and force people to ask questions, these often attacked militarisation and unquestioning faith in religious figures.

It’s clear that these performances were directly linked to authority figures of the day the grinning mask of Dada death was meant to be a grim wake up call for any Germans who were still convinced by war propaganda and Ball’s bizarre costume makes sense when he starts to speak gibberish and dons his ‘mitre’ most people after all don’t fully understand the symbolism of the catholic church or speak Latin. This approach like Cullen’s employs bitter humour and like Cullen has a highly aggressive feel in its attack on excepted norms. Cullen has added consumerism and media propaganda as well as popular culture to his list of targets. In an interview with George Galloway and Dr Alastair Fraser Cullen shares some of his thoughts on our current situation, here.

Satire here is used to challenge the status quo, to undermine its hold on the minds of the public.

Hans Haacke has always been politically engaged often drawing attention to the involvement of money in politics and art, his career is testament to his strong critical stance so when the then Mayor of London Boris Johnson upon unveiling ‘Gift Horse’ Haake’s commission for the famous forth plinth said, “There will be those who say that this undeniably underfed beast … is a symbol of the excessive pursuit of austerity and the [chancellor] George-Osborne-diet approach to life. But I say absolutely not,”

It seemed unconvincing his hasty interpretation seemed less improvised and more desperate as if an aide had informed him that the gift horse was an allusion to death, decay, greed and money. Gift horse was inspired by the drawings of George Stubbs and the idea of the ‘invisible hand of the market’ put forth by Stubbs contemporary Adam Smith (a hero to capitalists) who believed that directly trying to help society was less useful than pursuing one’s own interests.

Haacke invites us to really explore that idea is society getting better as the electronic ticker in the horse’s mouth stands for all those self-interested traders and brokers? Here Haake is speaking truth to power and in a public space taking the argument away from gallery and into the streets like Cullen he is also encouraging the audience to ask questions. Its certain that an openly market friendly politician will never commission Haake again and Boris is probably not going to become great friends with the artist this sort of consequence is trite when if we consider the career of Ai WeiWei,

Ai’s ‘snake’ works were a response to the deaths of children in an earth quake, (the segments of the snake are made from the children’s bags) the schools and buildings they died in were hastily put up and money was prioritised over safety so Ai is making a heavy criticism of government corruption and indifference to the wellbeing of the people.

The results of this kind of ‘truth to power’ approach has seen Ai WeiWei almost fatally beaten by government forces and his infamous incarceration which included physical and mental torture inspiring the work ‘S.A.C.R.E.D’.

His relationship with the Chinese government is complicated, enemy of the state but also commissioned to do the ‘Birds Nest’ stadium designs for the Beijing Olympics both artist and state trying to control and influence the other. The Chinese state are inconvenienced by WeiWei and yet also proud of his success or is it simply that they would be too embarrassed to kill him or imprison him indefinitely since he’s so popular around the world?

WeiWei speaks about giving a voice to a silenced generation for those who can’t speak out for themselves and he keeps alive the idea of resistance and a possible alternative to the norms of his society.

It seems that art can be an antidote to propaganda and lazy habit its fight in the examples I have given is one over perception, what lens will we view the world and its institutions through? while also potentially providing hope that transformation is possible this might require a distancing from the norms and a creative reimagining of the present.

About Natalie Andrews 31 Articles
Natalie Andrews is an artist working with a range of mediums, she has shown her work at the Hoxton Arches in London and is currently working on a number of 3d works alongside painting exploring the links between painting and sculpture,"I am interested in the way that we relate to one another and with space, how the environments we inhabit structure and dictate these relationships and create both opportunities for emancipation but also the deep alienation and separateness,"
Website Instagram