An ABC of Aesthetics

There is a distinction between art and entertainment, one of them being that art is meant to be hard work. 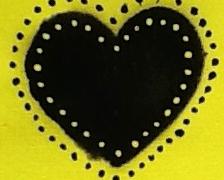 The Rise of the Live Art Screening

All around the country people are gathering in cinema’s in anticipation of seeing, not the cheeky flash of Daniel Craig’s torso (though torsos admittedly abound), but the latest phenomenon which is the ‘live art screening’.

These broadcasts allow cinemagoers the chance to view an exhibition from the comfort of their plush pews, popcorn to the left of them, red Coke to the right (just in case their attention slips around the 90 minute mark). Not only this, but the cinematic tour is completed by an all-star cast of experts who can enlighten the audience as to what the images before them mean.

‘Art for all’ we cry, ‘Down with the Private View’ our banners fly. There is much, it seems, to applaud in this revolution. Not only are we being educated rather than passively entertained but we no longer have to journey to see the artwork in situ and are instead engrossed within the glamour of a more considered, academic ‘private view’.

It seems that the days of the drink and the paparazzi being the focal point of an exhibition rather than the work are numbered. Better make sure you’ve not inadvertently wandered into the premiere screening and that the snack counter attendant hasn’t slipped a shot or two in the Coke.

But is this really all to the greater good of accessible culture or are we simply serving ourselves a healthy dose of faux cultural pomposity dressed up as Mary Beard?

I would firstly quibble with the notion that this is a more educative private view. If the words ‘private view’ are used in the marketing of the concept then its still surely piggybacking on the glamour associated with said private views. We may all sneer that such events are a load of art world toffs swigging champagne but- like Charles Saatchi who has derided such activity in his journalistic rants- we certainly wouldn’t turn down an invitation should the opportunity arise.

One only has to look to the language of the V&A’s live showing of the David Bowie show to illustrate the point. For this, curators and “special guests” will introduce many of the exhibits as the show draws to a close in August, prior to it heading off to international museums.

How wonderful that those who didn’t get a chance to see the sold-out show can now have that opportunity. How wonderful also for the V&A that the glamour associated with holding one of those tickets will now sell even more tickets to the screening. Don’t worry, you shouldn’t feel second best because we’re giving you some ‘special guests’. Everyone’s a winner.

to be hard work[/quote]
This leads me to the second point. If these are experts and ‘special guests’ giving their opinions on shows, to people who are viewing the work for the first time alongside their opinions, then it is those opinions that they are surely going to take away. These experts are not at hand to discuss their views after the screening – this is a one way lecture aided by the weight of the immersive, immediate quality of cinema to give their interpretation gravitas.

Certainly it’s fantastic to hear the views of those who are enlightened upon the subject matter but, only so long as it doesn’t shut down the possibility of alternative meaning rather than open it up. If the former, then this is no more educative than the (not so subliminal) product placement in the James Bond franchise. It seems that we may be being sold art in neatly-parcelled packages. Work and opinion are tied up with a bow in the same pretty paper and we don’t even have to unwrap them- it’s been done for us.

I find myself becoming nostalgic for days of traipsing between galleries in the rain – sodden maps the triumph of the happily bedraggled pilgrim in the museum canteen at lunch time. There are reasons that there is a distinction between art and entertainment, one of them being that art is meant to be hard work. This is not necessarily in the sense of wringing every conceivable high-falutin conceptual element out of it but, rather an active engagement with the work.

Galleries provide an opportunity for the public to converse with art on their own terms. Even if the piece is accompanied with a smug little critical blurb, the contemplative process is still there somewhere in the space between image and text.

Time is slowed in the physical process of viewing and, for a moment, a privately sealed world between you and the art work is created that demands YOUR opinion and YOUR reaction. Placed within the rapid shifts of film which, impresses upon the mind a rapid succession of interpretation and critique, the images lose their aura. In other words, from what McLuhan would refer to as a ‘cold medium’ of aesthetics  (i.e. one that we can step outside of and contemplate) art has become a ‘hot’ medium whereby it is immediately absorbed rather than slowly digested and considered.

We have essentially made art ‘cushy’ and, whilst I acknowledge that there are obvious pros to this in the case of those who do not have the means to visit the shows, the manner in which the alternative is presented is somewhat disturbing to what the role of culture in society should be. In selling more experiential opportunity, has art in fact- like the David Bowie exhibition- sold out?

The immediacy of internet publishing and Twitter have raised questions for authors as to whether, if a piece of writing isn’t seen and shared by anyone, does it exist? The days of writing for its own sake are seemingly becoming a thing of the past as is the process of mulling and reconsidering work that has been put aside to develop.

There is an increasing pressure to articulate thoughts immediately, in public, as they occur – the balance has shifted so that our jottings are what become fleeting whereas our public thoughts are somehow validated for being so. The interior dialogue whereby an author works out the anxiety of composition, what to keep and what to discard, suddenly becomes a public conversation. Language itself become less malleable since it is immediately positioned ‘out there’ as a verified fact; absorbed and spat out as quickly as it is produced.

As epitomised by the recent disputes over whether some recently discovered manuscripts of James Joyce should be published, since they are clearly discontinuous with the rest of his published output, there is much to be said for the preservation of a personal relationship with the work that is seen by no-one else. It reminds us of the integrity of the creative act that unravels over time, to finally be born into existence by the artist.

It is with this in mind that I would defend the rain battered pilgrim on the steps of the National Gallery and even applaud the decision to remove those revered little white cards next to the artworks, weighty with the words of superior critical minds who ‘know better’.

Art is meant to be looked at and reacted to on a human level. By presenting it as a ‘Private View for all’ we are in danger of suggesting that by bringing art to the public there is no gain from seeing the work itself. In turn we may assume that our uninfluenced opinion is unnecessary- why quibble with the glamorous faces on the big screen who talk so eloquently?

Film heightens this potential for unquestioning absorption far more than written criticism or an open forum radio debate. We cannot annotate a film with scribbles in the margin as to where we disagree; rather we admire the high definition of the imagery and turn our attention to picking the popcorn off the wool jumper that we probably should have known better than to wear.

We emerge de-crumbed and telling ourselves that we feel better for having watched a documentary- after all you can even find the Special Guests on Twitter afterwards so they must be doing something right. 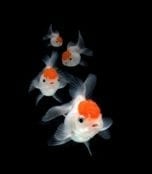 Next Story:
Evolution of fins towards land

One Reply to “An ABC of Aesthetics”