Two decades into a fundamentally new media environment, we’re still discovering the impact of the Internet on the information we consume — COVID-19 exposes some of the damage done. 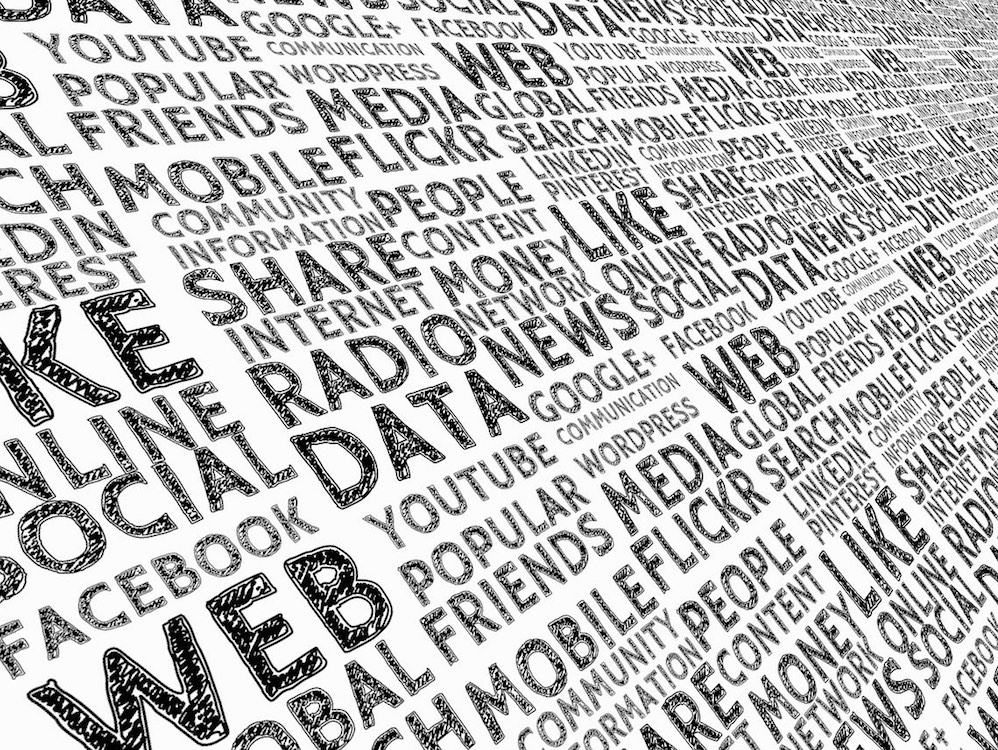 [dropcap style=”font-size:100px;color:#992211;”]P[/dropcap]rofessional news has been on a slalom ride. While defenders of the shift celebrate the opening up of a closed shop to more voices than ever before, the collapse of traditional revenue has hollowed out the ability of trained professionals to make a living.

The Internet has provoked a move from a pyramid-shaped economic hierarchy to something more like an inverted ‘T’ shape. Previously, unpaid amateurs could step up through various levels of semi-professional activity toward fully paid professionalism. While the size of the wedge was much smaller than the current media economy, more of the money within it flowed to the practitioners of journalism. The new ‘T’ shape has a huge level of amateur activity: large amounts of content created by people as a non-profit adjunct to their actual professional expertise, but a slimmed down core of professional writing opportunities. This isn’t a unique phenomenon; it closely matches what happened in the music industry.

20 years into the Internet-era, it is easier than ever to release music, but harder than ever to make a living from it. The promise of the Internet was an explosion of music and music-makers. Instead, while more and more music is indeed created, the mainstream — the majority of music consumed by the western public — has shrivelled. Analysis of diversity versus similarity in popular music hammers home the reality that we’re listening to the most constricted range of sound ever; streaming payment models drive a greater percentage of revenue than ever to a vanishingly small percentage of musicians, and a single song or artist can now dominate consumption in a way that the old chart model, for all its flaws, didn’t permit. As in the news industry, the wedge of professionalism has become a ‘T’ dominated by mass amateurism, then a slim core of paid opportunity.

While shrinking their professional workforces, the Internet era also demands an exponential increase in the quantity of product from both the music and media industries. ‘Muzak’ used to be a specific product for flooding public and consumer space with generic sound. Now our lives are lived to near constant musical wallpaper and the gap between that kind of inoffensive commercial ephemera and the taste of the majority has collapsed. News has followed a similar path, bleeding across the fabric of our lives to become a near constant bombardment. Not all that many years ago, news was encountered at specific timed slots, or when we sat down to read a document we’d purchased or borrowed. Now, on top of all that went before, news is there at a single click of an app; it kills time while we queue or wait, it flashes up on public screens, and it’s the core fodder for social media and the majority of what we share, reproduce and comment on with friends and strangers alike.

These two forces — reduced manpower and need for more product — inevitably have an effect on the nature of what is created: more must be created with less. In the music industry, that reinforces existing majoritarianism in which the most innocuous and predictable content, that can be consumed by the widest range of people, that can be sold for use in the widest range of commercial contexts, dominates the flow of money. Artistic priorities are deprioritised in favour of regularity of cashflow, which means investing in the industrialised product mass produced by a limited cluster of predictable hit-makers. Ever less money goes into taking chances on anything new, innovative, potentially controversial, or artistically nuanced. There’s also a swarm effect where any sonic tweak or kink that achieves notability, is immediately co-opted, reproduced, and — if successful — is mass produced to the point of ubiquity.

In the news industry, the same consequence is playing out. One key approach has been the reproduction of ‘Twitter storm’ style news: someone says something, then many people swarm in with an opinion, and multiple pieces are spun out from that innocuous source, all in a charmingly compact system accessible from a desk. This has expanded greatly as a substitute for trawling archives or personally attending actual happenings out in the world. The expansion of video capabilities on phones has reinforced the same tendency. We’re essentially living through the You’ve Been Framed era of journalism where it’s no longer necessary to license official sources, locate limited quantities of material, or (God forbid) send an expensive crew out to film proprietary footage. Instead, the public generate the material, then journalists dress it up and act as the compere filling time before and after each clip with commentary, opinion, interpretation, and quick quips.

Under COVID-19 conditions, what we’re also seeing is a further impact of the new industry model. The most favourable topic with which to fill a 24/7 news cycle is that which appeals to, and is most digestible by, the majority of appetites. It’s undesirable to take a risk on something new, innovative, potentially controversial, or intellectually nuanced. It’s more predictable, and more profitable, to take a single inexpensive topic and then splinter and refract it through a greater range of formats. It’s a normal industrial process, to cut and dilute one’s raw materials to make them last longer and increase the profit margin on the product created. There is, of course, an inevitable point at which compromising the quality of input damages the quality and value of the output, but it’s far harder to measure that when the product is something as intangible as news. Other measures are substituted — clicks, reads, quantity published — that don’t actually capture worth.

COVID-19 has been a perfect candidate for this process of adulteration, a veritable news bonanza. At any point in time, there’s cheap and easily accessible video footage, commentary and statements being made. The majority of public dialogue is being conducted via online sources so can be easily siphoned and reproduced. The media then filters this raw material to create a reservoir of science-lite pieces, political analysis, lifestyle articles, celebrity culture, obituaries, even sports coverage. All of it can be churned, and churned again, to create live feeds, podcasts, short videos, editorial statements, opinion pieces — the same news recycled in a dozen ways.

This is not, in and of itself, a bad thing. To some extent it’s simply the guts of an industrial process being exposed. COVID-19 is arguably the most existentially fraught event to have happened within western countries in decades. Likewise, as for most of the populace, journalists are observing confinement restrictions, so the change reflects a move to what can be observed from a home working environment. But COVID-19 has super-charged an existing trend towards saturation coverage of a more limited number of subjects. It’s the equivalent of the poor consuming a high-calorie, low-nutrition, diet: our news-rich diet is now being glutted on an incredibly restricted amount of sustenance — it’s all COVID-19, all the time. Most news sources are almost totally devoted to COVID-19, most news sites have 50–100 pieces every day reprising and repeating even the most minor comments.

Brexit was a precursor, and the previous zenith of this kind of coverage. Saturation coverage forced near everyone in the UK to have an opinion on Brexit. News providers provided ever more coverage, ever more of the time, twisted through every format and category imaginable, until it was simply impossible to avoid it. A mono-diet of just one topic led to exhaustion; to ignorance of the wider constellation of events that affected our lives; to the filtering of ever more life through a single prism; to the drawing of social barricades based on stereotypes and perceptions absorbed through reportage rather than experience. The consequence was a population so sick of data that it could no longer tell the difference between, or significance of, new information. Over-emphasis on one topic made it near impossible to retain perspective, driving both hysteria, and entrenchment. Force-feeding Brexit to a populace each and every day, ultimately poisoned the nation.

COVID-19 is the zenith for this model of coverage. It’s no longer possible to distinguish what information is significant, or vital, or has any role in the public good, because we’re inundated with news. With a million articles to choose from, one man’s facts feel as good as another person’s, so the decisive factor becomes, once again, ideology. Meanwhile, the scale of coverage has directly stoked anxiety — but not to worry, here’s an article about how to manage anxiety, and another about mental health funding, and another about products one can buy that help anxiety, and a sea of articles telling you who to blame. With the majority of us having been locked in our homes, there’s a substantial gap between lived reality and the reality observed through the media, a dissonant space where we see a dramatic national crisis playing out on screens, versus a personal experience where COVID-19 day-by-day just means inconvenient shopping, quiet streets and no traffic noise, and a curtailed social calendar.

In the case of Brexit, by late 2019, most people were so sick of the noise they just wanted it to be over one way or another. Brexit hadn’t changed our lives, we weren’t being shouted at in the street, but it was impossible to avoid the media blasting through our homes. COVID-19 has brought us close to the same point and on an accelerated time scale. Saturated by COVID-19 coverage, an increasing number of people are simply ceasing to care; they just want it to be ‘over’. In the music industry, when an artist or sound becomes popular, that moment is milked until the resulting ubiquity bores people, at which point the industry moves on in haste. The current pressure to end scientifically justified lockdown is rising, not because it’s healthy or safe, but because the product has been done to death and consumers are disengaging. The new era’s media model is stoking the desire to refresh the product, whether we’re truly ready or not, and is complicit in the consequences to come.