Vampire’s second album, With Primeval Force, has all the fangs it needs

They’d have released an EP featuring an evil nun with massive bazongas on its cover, and then faded into the aether, the siren call of the Dusseldorf building trade being too great even for the rhythm section to resist….

Perhaps that’s why it took a band so long to claim the name – after all, it’s so obvious a metal band name, it hurts. Given the barrel-scraping as n00b bands call themselves ‘Imploded Uterus’ or ‘Abyssal Newsagent’, it’s a surprising quirk that it took a bunch of Swedes in 2011 to finally use it. Perhaps it was too obvious? This may explain Ethel The Frog on so many levels.

But as their second album, With Primeval Force, demonstrates, the band dodged the obvious and didn’t adopt the lace-absinthe-and-PVC goth vibe that this name might suggest. As before, Vampire’s stock in trade is thrashed out death metal with a hint of horror thrown in for good measure. The end result has some bad habits – but more than a fair few good bits too.

Starting with the first track, “Knights of the Burning Crypt”, it’s certainly a good, solid intro, with some great riffing, beats and layered structure. Its bass rumbles and growls to great effect, and it takes pains to avoid repeating itself. But following it up is an even better track, “He Who Speaks”. The first standout song, it is blessed with a very subtle but very effective hook. It’s this subtlety – ironic for such a heavy song – which makes it stand out. It’s insidious in the nicest possible way. Guess which one they picked for the video?

Alas, after such a good start, the album slightly falters. Track 3, “Metamorfosis” is a little bit more by the numbers. It’s predictable but OK in a sort of not stunning way, which means it doesn’t compare well with its predecessors. This is not to say it is a bad song, just that it isn’t as mesmerising as what goes before it. And while “Skull Prayer” deserves a point for the title alone, sadly it has the same problem. While the ingredients are there, the song hasn’t have a clear direction, though not through a lack of trying on the part of the band. It’s also the shortest track, like it knows it’s done all it can and goes home early in the name of dignity. 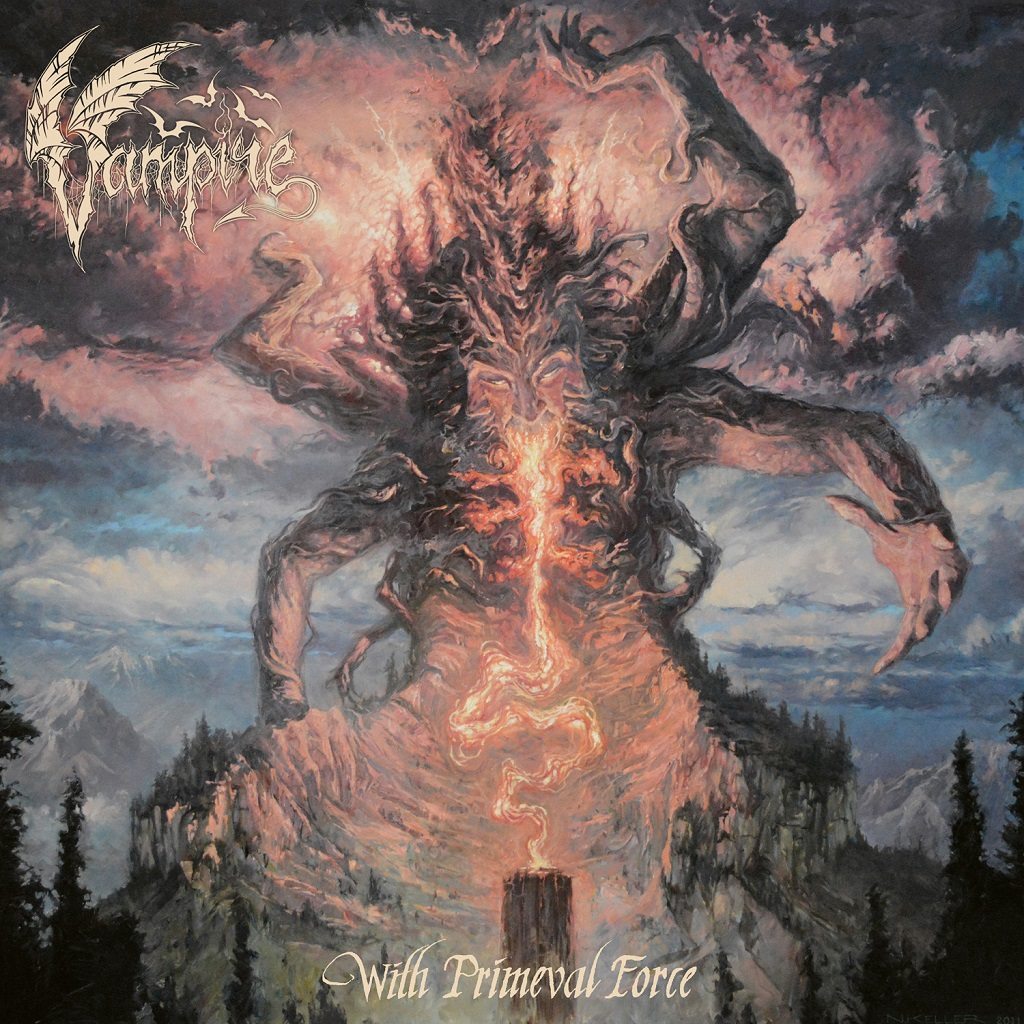 Fortunately, things pick up a bit with “Midnight Trial”. Host to a great beat around which a relentless song is spun, it also knows when to vary the tempo and flow, and then go back to the winning formula. You can spot that formula a mile away of course, but that doesn’t stop it being a good one.

Which leads us neatly onto “Revenants”, another standout. This is one of those songs where every note and riff is perfectly chosen and mesmerisingly good.

It’s also brave enough to veer into melancholic and almost subdued moments, before letting slip the solos and the hooks. Interestingly, it’s also the longest song on the album, at 6:15, and ends on an extended outro that, strangely enough, works throughout its duration, despite its length, thanks to the band’s range.

But the streak couldn’t quite hold up, as shown by “Ghoul Wind”. Much like Skull Prayer, it had all the ingredients for a polished, engaging song, but it still lacks that vital spark, that one hook….

Unlike “Initiation Rite”, the final standout, which starts slow before blasting off into one of the best riff laden and compelling songs on the album and then ending on an amazing hook repeated non-stop, just to remind you to keep loving it. Seriously, the band loops it like the victory lap it is. And why ever not?

Once again, however, the band couldn’t quite keep it up. And so the album ends with “Scylla” – a bit of a damp squib, apart from the faintly eerie female choir at the end. The rest of the song, once again, has the ingredients, but not that one little moment which breathes life into it. That it follows after such a strong track is all the summary you need for this album. Put simply, it has bite, but its fangs are sometimes blunted. Hurrr! (Oh, fuck off – Ed.)

Previous Story:
Smile if You Want to Look Older (But Less Fun)

Next Story:
Guess Which Parts of the Brain Were Used for Stone Age Tech